15 Iconic Roles Played by Actors Who Weren't the 1st Choice

From "Sister Act" to "Legally Blonde," it's hard to imagine how different some of our favorite films might have ended up with the alternate cast choices

Did you know that Deloris Van Cartier in "Sister Act" was written for another diva who wasn't Whoopi Goldberg? Or that Tom Cruise wasn't the Tom intended to star as Jerry Maguire? Maybe things do happen for a reason.

After the recent admission from Anne Hathaway that she was the ninth choice for "The Devil Wears Prada," we decided to a deep-dive into the roles that almost were. Here are 15 iconic roles from our favorite films and television shows who almost had totally different leads.

Here are 15 iconic roles almost played by other actors: 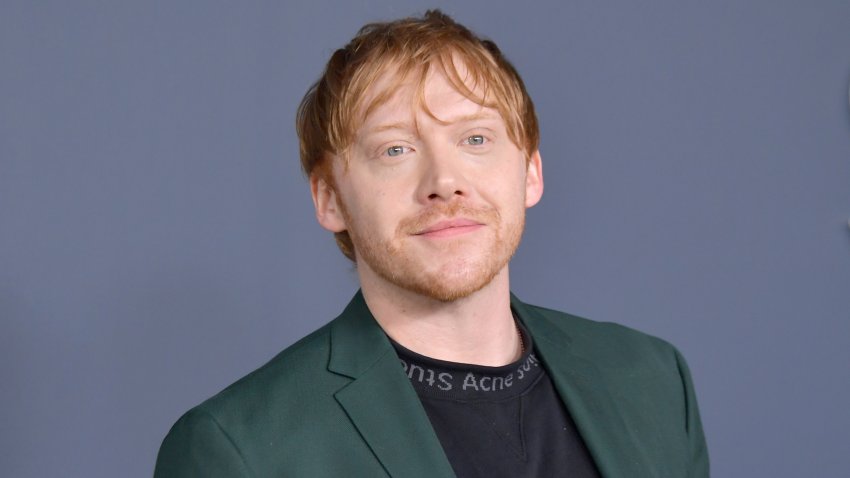 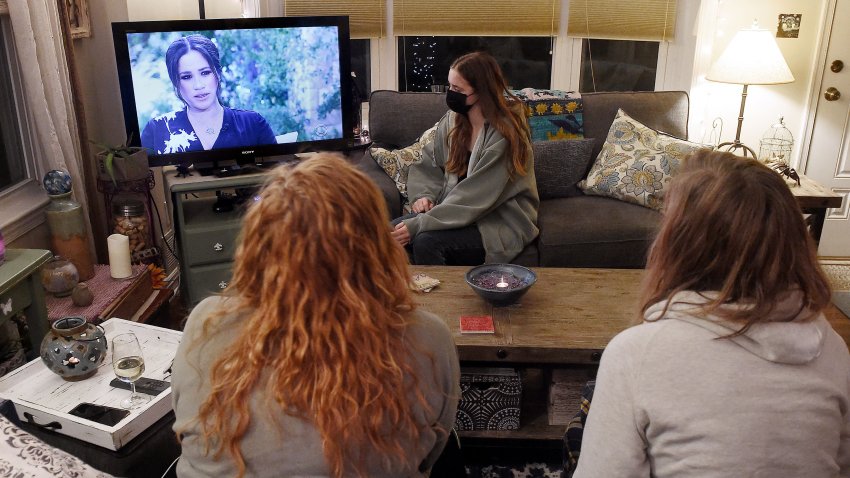 1. Anne Hathaway as Andy Sachs in “The Devil Wears Prada”

Hathaway revealed on a recent episode of “RuPaul’s Drag Race” that her portrayal of Andy Sachs almost never was. After being asked if she had to fight for any roles, she replied, “I will give you some tea, I was the ninth choice for ‘Devil Wears Prada.' But I got it! Hang in there, never give up."

While Hathaway didn’t reveal any actors who were considered ahead of her for the role of Andy, it was previously reported by Variety that Rachel McAdams was one of Fox’s first choices because they were looking for a bigger name. McAdams told Elle in 2007 that she wasn’t “going to make movies just to make movies.”

"I have to be passionate about it,” she explained. “And at the same time, I can get very distracted when I'm working, and I like to get back to my life a lot.”

When reflecting on any mistakes in her career, Bette Midler admitted that she had made many, including turning down a role in “Sister Act.”

The iconic performer told Metro in 2010, “There was 'Sister Act', which was written for me, but I said: ‘My fans don’t want to see me in a wimple.’ I don’t know where I got that from. Why would I say such a thing?”

As we know, Whoopi Goldberg scored the role as Deloris Van Cartier and even went on to make a sequel, “Sister Act 2.”

3. Dakota Johnson as Anastasia Steele in “Fifty Shades of Grey”

Anastasia Steele was Dakota Johnson’s breakout role in the “Fifty Shades” franchise, but the part nearly went to Emilia Clarke. The "Games of Thrones" star, however, turned the role down due to the amount of onscreen nudity in the film.

“Well, Sam (Taylor-Johnson, the director) is a magician. I love her, and I thought her vision was beautiful,” Clarke said during The Hollywood Reporter‘s Drama Actress Roundtable. “But the last time that I was naked on camera on ("Game of Thrones") was a long time ago, and yet it is the only question that I ever get asked because I am a woman.”

She described the questions as “annoying as hell,” adding, “I'm sick and tired of it because I did it for the character.”

Ultimately, the actor said she would not want to “voluntarily walk into that situation.”

We know and love Hugh Jackman from the “Wolverine” trilogy, but he wasn’t the first actor to be cast in the role.

Initially, Dougray Scott was originally cast as Wolverine but had to back out due to a scheduling conflict for “Mission Impossible 2.”

Can you imagine anyone other than Kerry Washington as Olivia Pope? The show’s casting director Linda Lowy revealed in 2017 that Washington wasn’t the original choice for Pope, telling The Hollywood Reporter, "The network was reading us their top choices, and it was Connie (Britton) and all white women."

"I panicked. Somebody finally piped up, 'We're going to have to redo this list,’” she continued.

Ultimately, Washington was cast as Pope to portray the crisis manager, becoming the first Black woman to lead a network drama in almost four decades.

The movie that brought Angelina Jolie and Brad Pitt together almost had a different leading lady.

Previous reports from Entertainment Weekly said that Nicole Kidman was in negotiations to star in “Mr. & Mrs. Smith” but had to drop out due to a long shoot for “The Stepford Wives.”

Reese Witherspoon perfectly embodies the role of Elle Woods, but the role was initially offered to Christina Applegate to play our favorite silver screen blonde. The “Dead to Me” star turned down the role, telling ET that she received the script right after she had wrapped “Married With Children” and “got scared” of the role.

"I got scared of kind of repeating myself,” she said, later adding that she was hesitant to play another ditzy blonde. "What a stupid move that was, right?"

Applegate was happy with the way everything eventually played out, explaining, "Reese deserved that. She did a much better job than I ever could, and so that's her life. That's her path."

Before Renée Zellweger got the role, Charlize Theron was set to portray Roxie Hart in the movie adaptation of “Chicago.” In a sit-down with Howard Stern on his SiriusXM show, Theron opened up about how devastated she was that she lost the part.

"I've definitely wanted stuff that I didn't get,” she said. “For a while, I was attached to 'Chicago.' I really wanted that. I was a dancer for most of my life, and there was a real nostalgia, the idea of making that movie for me. I got kicked off it. The directed kicked me off it. I was really bummed about it."

She explained that there was another director attached to the film that brought her on, adding, “And then that director got fired and this new director got brought on and he didn't want to make the movie with me. I was going to play the Renée Zellweger role, which by the way, she did an amazing job.”

9. Sarah Jessica Parker as Carrie Bradshaw in "Sex and the City"

We couldn’t help but wonder… who was in line to play Carrie Bradshaw before Sarah Jessica Parker?

“Desperate Housewives” star Dana Delany revealed to TODAY’s Kathie Lee Gifford and Hoda Kotb in 2015 that she turned down the role of Carrie Bradshaw.

There were two big names in the running for the role of Neo in “The Matrix,” which ultimately went to Keanu Reeves.

Brad Pitt revealed to USA Today when asked about a movie that he didn’t appear in that he passed on the iconic sci-fi film, joking, “I took the red pill.”

Another familiar face was up for the role: Will Smith. The actor ended up saying no to the role of Neo because he didn’t understand the movie, telling Wired, “You know, The Matrix is a difficult concept to pitch. In the pitch, I just didn't see it. I watched Keanu's performance - and very rarely do I say this - but I would have messed it up.”

“At that point I wasn't smart enough as an actor to let the movie be," he continued. "Whereas Keanu was smart enough to just let it be. Let the movie and the director tell the story, and don't try and perform every moment.”

It's hard to imagine anyone in the knee-high black patent leather boots of Vivian Ward in "Pretty Woman," but the role was offered to many other actors before Julia Roberts snagged it.

One name that circulated as one of the early contenders was Molly Ringwald. During a Reddit AMA in 2012, the "Pretty In Pink" star confirmed this, saying "I think I saw an early draft and it was called '$3,000.' I don't specifically remember turning it down. The script was OK."

"But I gotta say, Julia Roberts is what makes that movie. It was her part. Every actor hopes for a part that lets them shine like that."

Some may say that “Jerry Maguire” is one of Tom Cruise’s best roles, but it almost went to another Tom. Tom Hanks, that is. Director Cameron Crowe reflected on the film with Deadline in 2017, telling the story of how Cruise got the role despite the character being written and developed for Hanks to play Jerry.

“But as Hanks got more and more into that white hot heat of super stardom, I always did think, well, if Tom Hanks doesn’t do this, who would be the dream Jerry Maguire?” Crowe said. “More and more over time, that was Tom Cruise. I really felt that in my gut.”

Eventually, Hanks passed on the role and Crowe sent the script to Cruise, who said yes immediately.

While the first choices still were Leonardo DiCaprio and Kate Winslet, "Titanic" almost looked very different with another set of famous faces at the helm of the doomed ship.

Winslet revealed during a 2017 appearance on “The Late Show with Stephen Colbert” that she auditioned with Matthew McConaughey, telling the host, “Never said that in public before. I auditioned with Matthew, which was completely fantastic. It just wouldn’t have been the whole ‘Jack and Rose, Kate and Leo’ thing.”

McConaughey confirmed his audition for the blockbuster on The Hollywood Reporter’s “Awards Chatter” podcast, explaining, “I wanted that. I auditioned with Kate Winslet. Had a good audition. Walked away from there pretty confident that I had it. I didn’t get it. I never got offered that.”

Gwyneth Paltrow also came close to being cast as Rose, addressing her almost-casting during an interview with Howard Stern.

"I know that the story is that I turned it down," Paltrow told Stern "I think I was really in contention for it, I was one of the last two... I look back at the choices I've made and think, 'Why the hell did I say yes to that? And no to that?' And you know, you look at the big picture and think: There's a universal lesson here. What good is it to hold onto roles?"

15. Patrick Swayze as Vida Boheme in "To Wong Foo, Thanks for Everything! Julie Newmar"

Initially, "To Wong Foo, Thanks for Everything! Julie Newmar" producer Steven Spielberg had another actor in mind to play the lead matriarch in the drag comedy: Robin Williams.

Williams, who had just played Mrs. Doubtfire, said he couldn’t play the lead because he “wasn’t pretty enough” and he “was too hairy.” But he would love to do a small part. Casting director Kerry Barden confirmed this to TODAY, adding Williams went uncredited for his cameo because he didn’t want to draw too much attention from the actual leading ladies.

After every straight, white actor in Hollywood auditioned for Vida Boheme, it ended up being down to Rob Lowe, Matt Dillon and Patrick Swayze as the finalists.

“Rob and Matt were full on sexy, but there was a certain vulnerability that Patrick brought to the character," Barden told TODAY. "Even as sexy as he was, he didn't bring that sexuality to this and what he was doing with it. The director wanted Vida to be the matriarch of the trio, and Patrick brought this voice of reason to the role.”

This story first appeared on TODAY.com. More from TODAY.