Backstage at the Oscars: Dazed Winners and Sweet Reunions

A whole other show happens just a few feet to the right of the main Oscars stage in the wings where presenters gather, ecstatic winners get a moment to process what just happened and the production staff stays busy making sure everything is going to plan.

Here are a few moments that the cameras didn’t catch at the 92nd Academy Awards.

In Pictures: Best Moments from the 2020 Oscars

Best actor winner Joaquin Phoenix walked offstage in a bit of a daze, with tears still in his eyes from his emotional acceptance speech. Jane Fonda, waiting to present the best picture award, was among the few familiar faces in the wings for the "Joker" star who stopped to give her a hug and a kiss on the cheek.

Phoenix looked down at the golden statuette in his hand and said, "Whose is this?"

The woman escorting him to his next stop said gently, "It’s yours."

Take a look back at the night ‘Parasite’ had at the 2020 Academy Awards.

Steve Martin made sure to get to the wings extra early for his and Chris Rock’s show opener Sunday but his promptness also meant he had a little time to kill. Martin paced back and forth in the wings and stopped a few times to check his lapel and bow tie in the mirror.

He offered some words of support to Janelle Monae’s background performers.

"You’ll do a good job," Martin said with a thumbs up. "But you’re supposed to say break a leg."

And he even took a moment to allow himself to enjoy the performance, watching on the monitors with a big smile. But he quickly turned back to thinking about his imminent moment on stage.

"As long as I have my opening line, I’m fine," he said, continuing to pace. 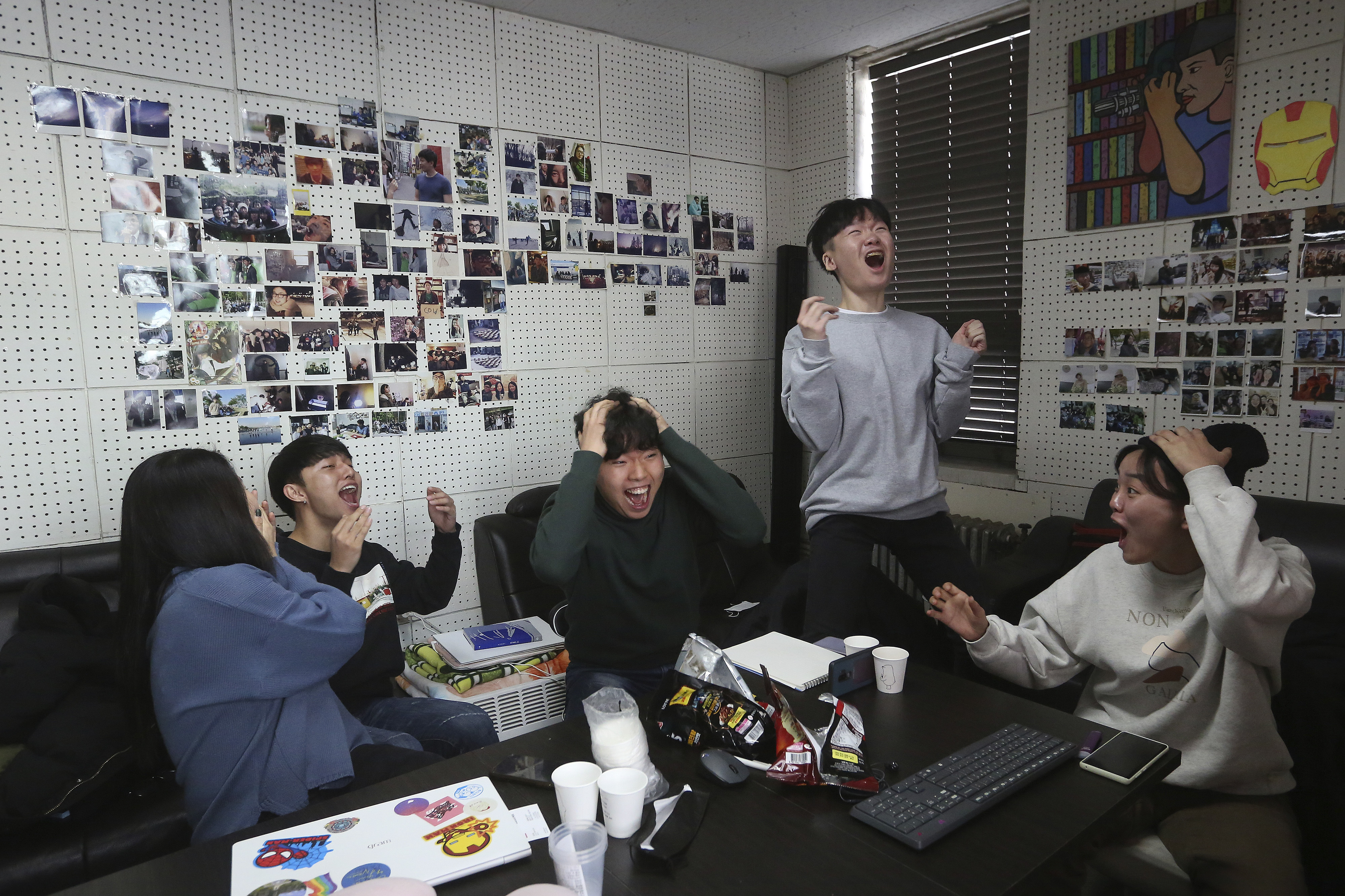 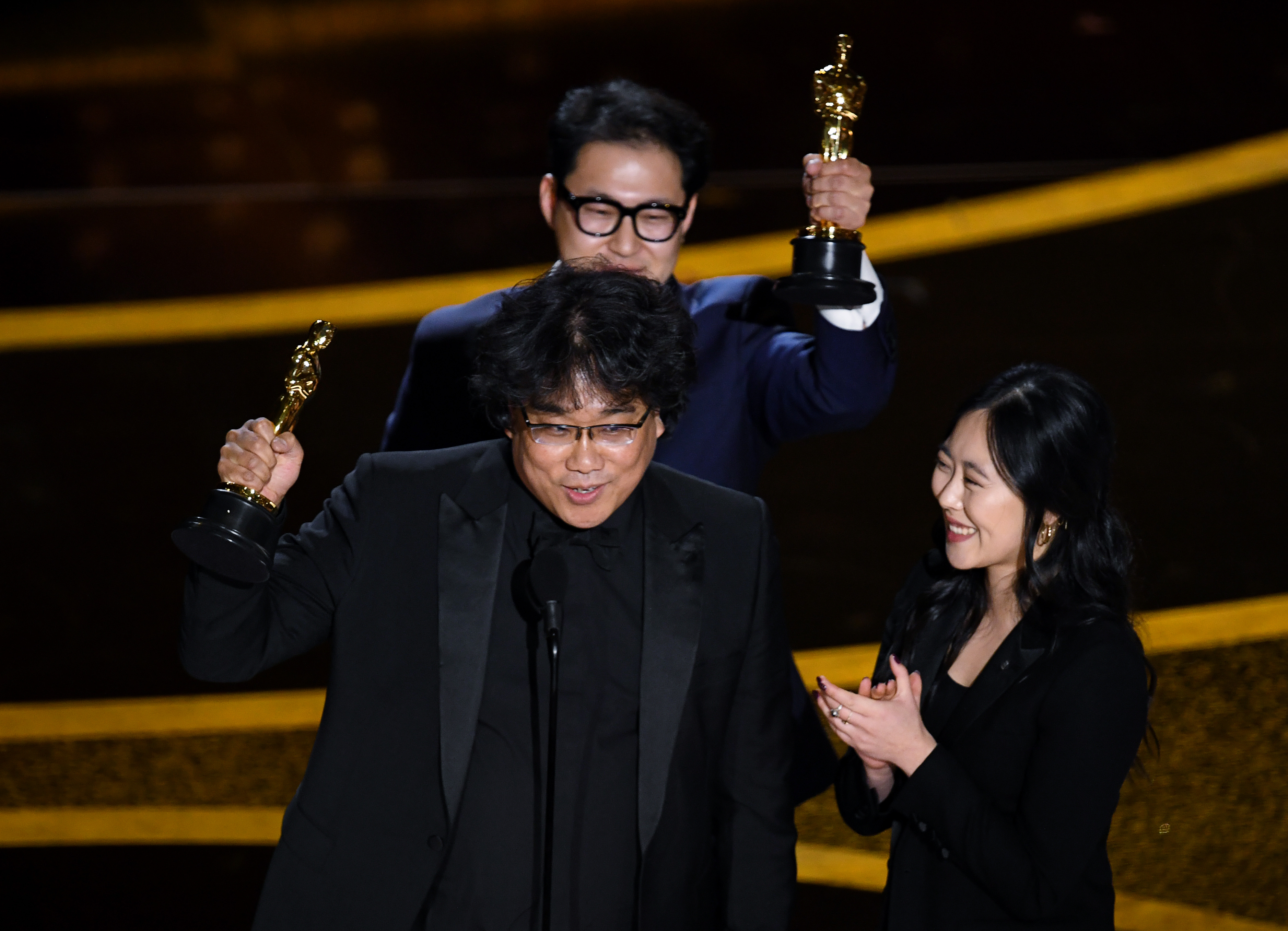 When James Corden ran into Maya Rudolph and Kristen Wiig early in the show, the two women were eager to know just what Corden had in store. He wouldn’t reveal exactly what was to come but told Rudolph that he’s "putting on a costume" and to "lower your expectations." Rudolph promised she’d be screaming for him nonetheless.

Later Corden ran into Rudolph and Wiig again, this time in his full "Cats" regalia alongside Rebel Wilson.

The show’s producers asked to get a photo with the two "cats." Corden obliged but warned them that they’re going to "need a lint roller" if they get too close.

"My man, my man," Rock said to Chalamet, greeting him with a bro hug. "Where you going after? Let’s get dinner."

Take a look at four of the outfits that people were talking about during Sunday’s Academy Awards.

"Pace yourself," Charlize Theron advised her mother as they waited in line for the bathroom. "It’s a long night."

The two waited patiently for the two stalls to become unoccupied. When one opened up Theron insisted that her mother take it first.

Best actress winner Renée Zellweger looked as poised as could be as she glided offstage and into the wings, Oscar in hand, but it may have been just an act. Amid a slew of "thank yous" to all the well-wishers, the "Judy" star admitted that she was having trouble keeping it together.

"If only I could stand up straight," Zellweger said. "I am shaking so much."

KEANU AND DIANE TOGETHER AGAIN

It’s been 17 years since Keanu Reeves and Diane Keaton starred in Nancy Meyers’ "Something’s Gotta Give," but it didn’t seem like a day had passed backstage at the Oscars. The two reunited to present the best original screenplay award Sunday night. In the wings they shared a sweet moment: Reeves offered Keaton his arm and the two walked into position linked.