Late-night TV show hosts expressed anger and frustration at the violence at the U.S. Capitol, offering somber monologues that pleaded for unity even as some aimed pointed barbs at those they held responsible for the mobs' actions.

“It was a terrible day in the history of this country,” said Jimmy Kimmel on his ABC show Wednesday. Over on CBS, Stephen Colbert called it "a horrifying day that will go down in U.S. history, however much longer that is.”

They were reacting to footage several hours earlier of a violent mob loyal to President Donald Trump storming the Senate and forcing lawmakers into hiding. Tear gas was used in the Rotunda.

“If my grandfather were alive today and saw what was happening in the country that he fought for, he’d be disgusted," said Jimmy Fallon on NBC. "People walking around with the flag upside down thinking they’re patriotic. Today was not patriotism. Today was terrorism.”

Jimmy Fallon addresses the riots at the U.S. Capitol on Wednesday.

James Corden, who grew up in England, used the perspective of an outsider to view the events, saying he always looked to the United States as a beacon of light and possibility.

“Today, people across the world would have looked at these pictures from Washington and they would have wondered what on earth has happened to this great country,” Corden said on CBS. But he added ”the America that they admire still exists."

Kimmel ridiculed some members of the mob, including one dressed as a Viking. "It was like a psychotic “Price is Right” audience forcibly taking control of the Plinko wheel," Kimmel said. He condemned those who “lit these fires.”

Colbert's 14-minute monologue was the most scathing, calling out Trump’s most outspoken GOP supporters in Congress and the Senate for what he alleged were years of sowing the seeds for violence.

Award-winning journalist and author Dan Rather breaks down the attempted disruption of democracy that President Donald Trump incited at the U.S. Capitol.

"After five years of coddling this president’s fascist rhetoric, guess whose followers want to burn down the Reichstag?” he said. “Who could have seen this coming? Everyone. This is the most shocking, most tragic, least surprising thing I’ve ever seen.”

“The Daily Show” was on vacation Wednesday night but tweeted out a combo photo of the Capitol under siege and an image of dinosaurs running amok from “Jurassic Park,” with the caption: “Same energy.”

Several hosts wryly noted the relatively restrained reaction from authorities and compared that to the way Black protesters have been treated.

"I wouldn’t even want to imagine his treatment or response to those people if they had been wearing Black Lives Matter hats instead of red MAGA ones,” Corden said. 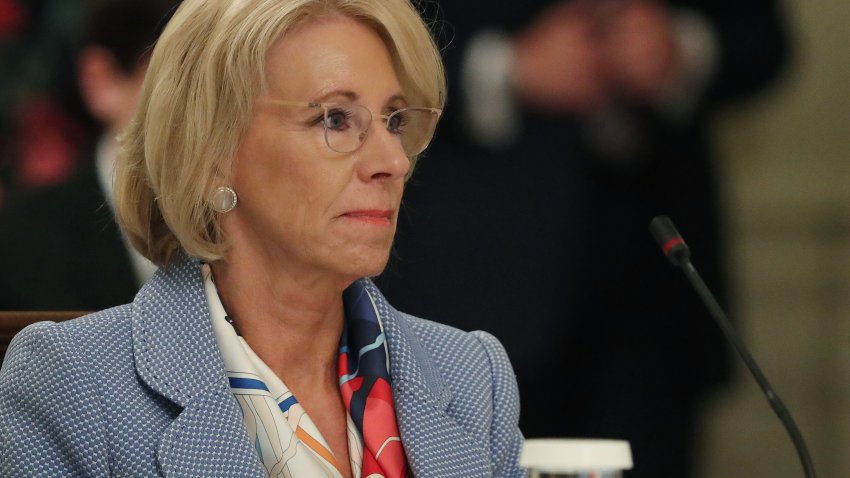 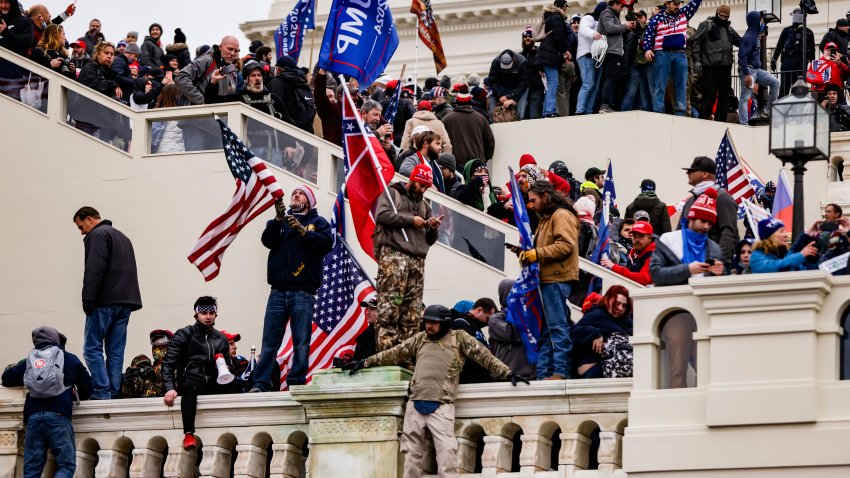 Many hosts noted with optimism that the nation is weeks away from a new administration and that the same steps where the mob battled police will welcome a new batch of lawmakers.

"It’s important to remember that this is not who we are. I assure you there are more good people than there are bad, and good will prevail,” Fallon said.

Seth Meyers was live on NBC and didn't try to joke about the events, filling his monologue with terms like “armed insurrection” and “stunning scenes of violence and sedition.”

“We are going to try our best tonight to process what happened and I promise, I promise, if you come back tomorrow we will have jokes,” he said.