‘Sex, Lies and the College Cult': All the Bombshells Revealed About the Sarah Lawrence Scandal

"Sex, Lies and the College Cult" is now streaming on Peacock.

There's so much more to Larry Ray than meets the eye.

The convicted conman who authorities said "acted like a cult leader" according to The New York Times is at the center of Peacock's "Sex Lies and the College Cult." Per the streamer, the true crime documentary tells the story of how Ray "brainwashed students of Sarah Lawrence College into an abusive sex cult that upended their lives and the lives of their families."

Many first learned of the story in 2019 when New York Magazine published an article titled "The Stolen Kids of Sarah Lawrence," a feature recounting how Ray moved into his daughter Talia's dorm room at the New York-based college and began sexually and psychologically abusing a group of her fellow students.

"Sex, Lies and the College Cult" goes deep into Ray's scheme, revealing new details about his time with the former students and what came after the publication of Ezra Marcus and James D. Walsh's NY Mag piece. This includes Ray's arrest in Feb. 2020, when he was charged with sex trafficking, money laundering and several other offenses, as well as his April 2022 conviction: guilty on all counts.

Told in some of the victims' own words, there's no shortage of shocking revelations made in "Sex, Lies and the College Cult." Read on for the most surprising.

Ray had connections with several notable figures, including former New York City police Commissioner Bernard Kerik. He participated in the documentary and made several revelations, including that Ray once brokered an introduction between former President of the Soviet Union, Mikhail Gorbachev, and then-NYC mayor Rudy Giuliani.

Ray and Kerik's friendship was short-lived, though. Despite serving as the best man at Kerik's wedding, Ray--still years away from being arrested himself--went on to become a federal informant whose information helped lead to Kerik's arrest. Kerik plead guilty to eight federal felony charges in 2009 and was sentenced to four years in prison; however, he received a full pardon from former President Donald Trump in 2020.

Putting Everything on the Record

Ray was constantly filming himself and the young adults who lived with him (which, overtime, would come to include daughter Talia Ray, Isabella Pollok, Daniel Levin, Claudia Drury, Iban Goicoechea and siblings Santos, Felicia and Yalitza Rosario). Home videos featured in the documentary showed him carrying out physical torture, coercing false confessions from the young adults that they had caused him harm and more. The details of these offenses and others are laid out in Ray's indictment.

Ray made sure that should any of the students stop complying with his demands, he'd be able to threaten them with the tapes he recorded of them--namely, those with false confessions. In one such video shown in the documentary and mentioned in the indictment, Ray pressed Claudia to falsely claim she had poisoned him.

Then friends with Ray--who was ready to relocate from his daughter's dorm room at Sarah Lawrence--Lee Chen said in "Sex, Lies and the College Cult" that he allowed Ray to stay in his Manhattan apartment, since he frequently traveled for work. It didn't take long for Ray to completely take over the place, stationing himself in Chen's bedroom and having the many students who lived with him attempt to renovate (and ultimately damage) the apartment.

But when Chen said he gave Ray a 10-day notice to leave, Ray simply changed the locks and ignored him. It ultimately took six years--three of which were spent just trying to get a judgement--for authorities to actually evict Ray.

The Biggest Bombshells From Netflix's Sins Of Our Mother Docuseries 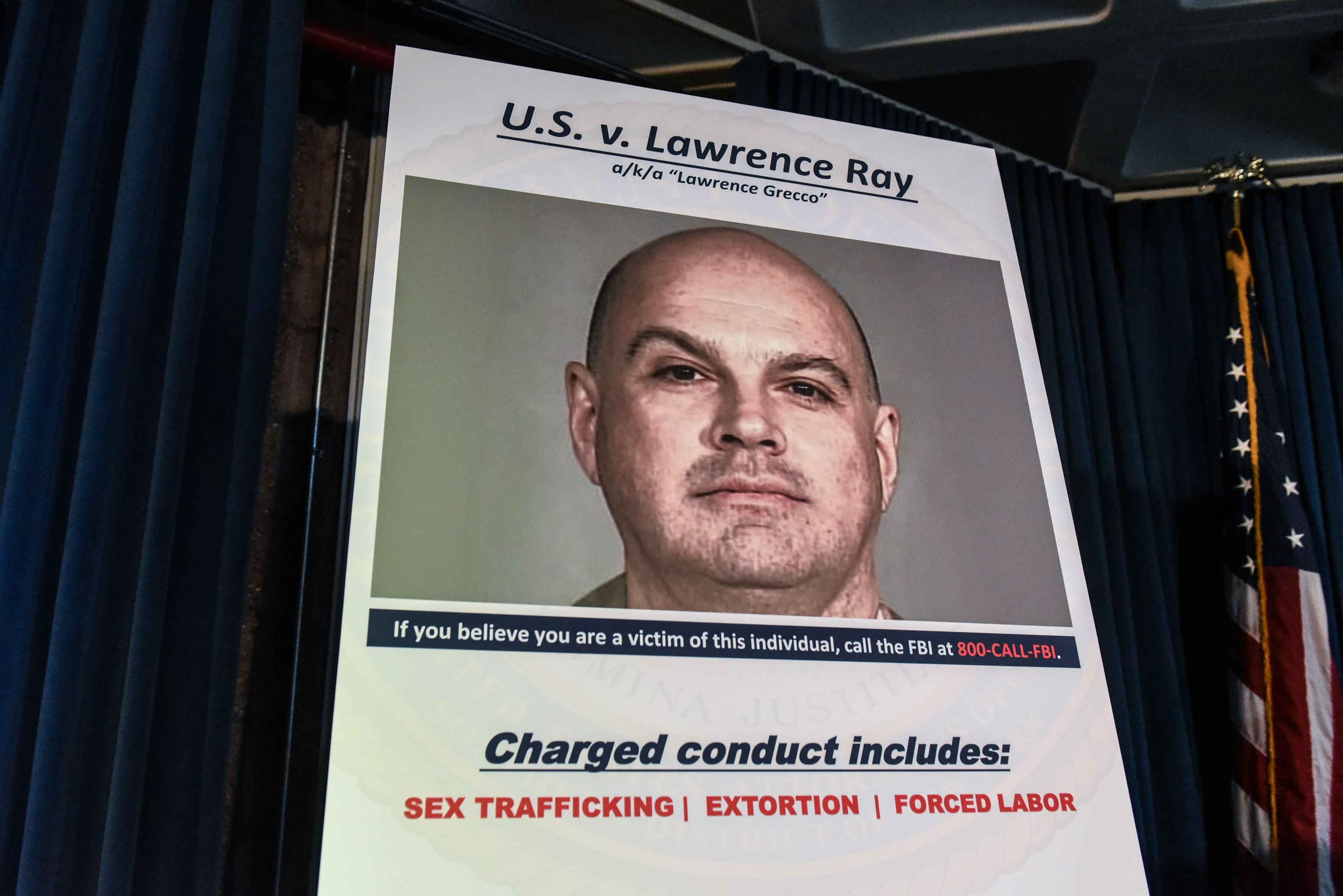 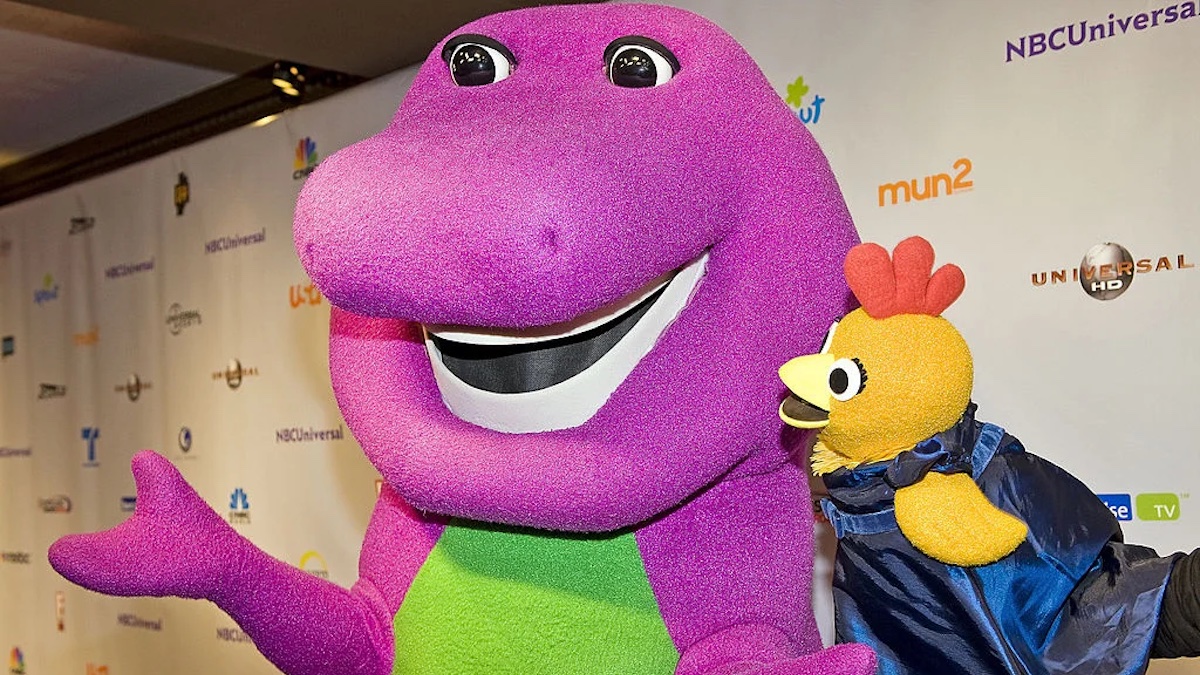 As Manhattan U.S. Attorney Geoffrey S. Berman put it in a 2020 press conference, Ray "exploited and abused" the students "emotionally, physically and sexually for his own financial gain."

While testifying--as shown in the documentary--Drury recalled Ray approaching her and suddenly grabbing himself while talking about orgasms. He then suggested Drury and Levin have sex right there, and Drury revealed, "When he left, we did. Iban was next to us."

The way Marcus saw it, "I think a lot of it for Larry it was about using sex as sort of a tool to destabilize them, make them uncomfortable. It was a tactic."

Levin was certainly subject to this tactic, especially after telling Ray he was struggling with his sexuality. During one particularly cruel exercise, as Drury testified, Ray made Levin stand in front of the group in a dress. What came next, explained Marcus, was that "Larry asked Isabella to bring out a sex toy and then told Daniel to try and put that into himself in front of the whole group. They all stood around making fun of him for this."

Ray had the students torture themselves in other ways. Santos, for example, could be seen in one video shown in the documentary (which was also introduced during Ray's trial) slapping himself in the face over and over again for an entire hour.

Ray managed to recruit three people from the same family to come live with him under the guise of bettering their lives and helping them reach their full potential. Santos was the first, and then Ray set his sights on Felicia, a Harvard graduate doing her medical residency in California. Over the course of several months and many phone calls, Ray and Felicia became romantically involved and as she later testified during his trial, he often asked her to do things she did not want to do, like have sex with other people, film it and send the footage to him.

Wanting Felicia to join him in New York, Ray later told her that his role as an informant put everyone who he cared about in danger. According to "Sex, Lies and the College Cult"-- and Felicia herself, as Marcus interviewed her for the infamous NY Mag story -- Felicia became extremely paranoid and eventually complied, leaving her medical residency behind. Yalitza was subsequently coerced into moving in with Larry.

Documentaries That Made a Difference

The Move to North Carolina

Taking his scheme to the next level, Larry relocated several of the young adults to North Carolina where they worked hours upon hours trying to restore a decrepit house. That was, until Larry accused them of damaging his machinery and subsequently owing him hundreds of thousands of dollars, prosecutors stated in court. Unable to pay Larry back, the students turned to their family and friends, telling them they had done something wrong and desperately needed help.

"They'd become profit centers," former FBI special agent Frank Figliuzzi said. "He has them drain the bank accounts of their parents--in some cases, their life savings because they convinced their parents, 'I have done this kind of damage, I owe this guy this kind of money, I'm in big trouble.'"

Not everybody's parents were able to help them alleviate their imaginary debt, though. This rang true for Drury. As she testified in court, she turned to sex work after Larry convinced her that was the only way she could pay him back. For four years straight, Drury saw up to five clients a day--and all of the money went to Ray. Pollok, meanwhile, was the "bookkeeper for Drury's prostitution," Figliuzzi said. Prosecutors would later describe her as Ray's "trusted lieutenant," and she was indicted alongside him in 2021.

Theorizing about Pollok's involvement, cult expert Dr. Janja Lalich said in the documentary, "Everyone in a cult to some degree becomes a perpetrator. In Isabella's case, she sort of become the right hand person to Larry."

Fed up with Ray's abuse, Drury confided in one of her clients in hopes that she'd finally be able to get away from him. Unfortunately, Ray found out she had talked, so he and Pollok "tortured her over the course of a horrific night of abuse," Marcus said.

Drury, according to Washington Post reporter Shayna Jacobs--who reported on Ray's trial and was interviewed for the documentary--was "repeatedly suffocated her with a plastic bag. It was relentless and it was painful and it was terrifying."

She wasn't ready to give up, though. Later, Drury once again asked a client for help, and this time, he was able to safely get her out of the city, she testified. This, Jacobs said, was "the beginning of the end" for Ray.

The infamous New York Magazine article detailing Larry's abuse was published in April 2019. Once Pollok and Felicia's families--more specifically, Pollok's mom Cindy and aunt Liz, as well as Felicia's mom Maritza--learned what had been happening, they said they traveled to Ray's latest residence in New Jersey with plans to retrieve them.

However, according to the documentary and the women's interview with New York Magazine, the girls refused, all while Ray apparently hid in the back of the house until the family members left.

Bombshells From House of Hammer

A Tragic End for Iban Goicoechea

Goicoechea began seeking help from Ray during a particularly vulnerable period in his life as he was struggling with Post-Traumatic Stress Disorder after serving overseas. According to his fellow Marine John Williams, Goicoechea soon became extremely paranoid because of "the thoughts Larry put in his head that someone was always out to get him."

By the time Williams persuaded Goicoechea to come stay with him in Oregon, he had "no passion for anything" and there was "nothing he wanted to do." Tragically, according to John, Iban died by suicide shortly after Larry's arrest, something that Williams attributes to Goicoechea being so devoted to Ray. He added, "I absolutely blame Larry 100 percent for Iban's death."

Per the documentary and court testimony, Felicia and Yalitza both attempted suicide during their time with the group as well.

Isabella Pollok Gets Her Day in Court

Pollok was charged with conspiring to engage in sex trafficking, money laundering and more in 2021. The following year, she pleaded guilty to conspiracy to launder money as part of a plea agreement and faces a maximum of five years in prison at her Feb. 2023 sentencing. Prosecutors specified that the illegal activities supporting her plea were sex trafficking and extortion--something that a U.S. District Judge asked her to acknowledge during a hearing. She did, also stating, "I know that what I was doing was wrong and against the law."

When Ray finally stood trial, Drury decided to testify against him. But during her testimony, Ray appeared to suffer from some sort of seizure and was carried out on a stretcher. The way Kerik saw it, he was "trying to influence the jury" and "trying to create this self pity thing."

If that was the case, it didn't work. He was found guilty of 15 counts and faces up to 120 years in prison.

"Sex, Lies and the College Cult" is now streaming on Peacock.

(E! and Peacock are both part of the NBCUniversal family.)