Carole Baskin is sticking by this theory regarding the disappearance of her husband Don Lewis, a plot point on "Tiger King" and its sequel series

Carole Baskin is sticking by one theory about what happened to her missing husband.

On the hit 2020 Netflix docuseries "Tiger King," Oklahoma zoo keeper Joe Exotic, who is serving 22 years in prison for his role in a murder-for-hire plot against Florida big-cat rescue activist Baskin, accused her of killing her husband, Jack Donald "Don" Lewis, who she reported missing in 1997. Baskin has denied any involvement in his disappearance and police have said she is not a suspect or person of interest in the case. "Tiger King 2," which premiered on Wednesday, Nov. 17, also addresses this.

"Don loved to fly and was looking to buy ultralights and experimental planes. I believe Don crashed a small experimental plane or ultralight into the Gulf for a number of reasons," Baskin said in a Reddit AMA on Monday, Nov. 15. "He wasn't licensed to fly yet did all the time." Carole Baskin Trying to Stop the Release of ‘Tiger King 2' 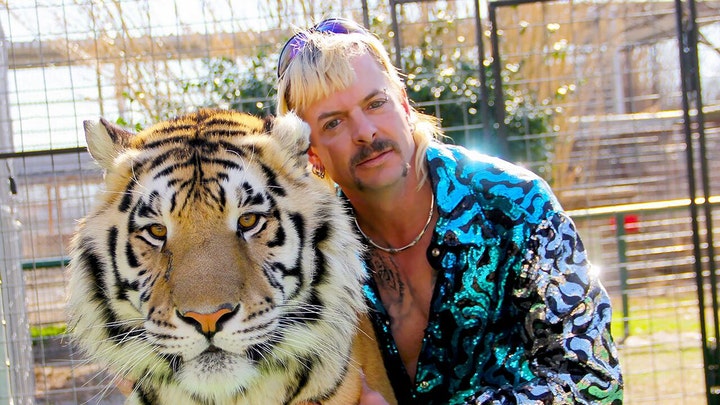 What to Expect From ‘Tiger King 2,' Premiering This Year

She continued, "He couldn't file a flight plan and had to take off from closed airports to evade detection. He had to fly under 200 feet to stay off the radar which means he would typically fly out over the Gulf because the air is smoother there, whereas over land there are up and down drafts that will crash you at the height. Since phone records indicated he was planning to go to Texas, and his van was found at a small private airstrip and we have never found Don or wreckage, I think this was the most likely scenario."

Baskin made similar remarks in fall 2020, at which time she was competed on "Dancing With the Stars." On one of the episodes, her late husband's daughters ran an ad offering $100,000 for tips surrounding Don's disappearance, during which their lawyer asked, "Do you know who did this or if Carole Baskin was involved?"

Weeks later, when asked on "The Tamron Hall Show" about the ad, Baskin said, "Well, if anything could lead us to any kind of conclusion on what happened to Don, then that would be fabulous, because my name would be cleared. But I really think that he just crashed a private plane over the Gulf and I don't think that offering a reward is going to help prove that."