With so much of the focus being on the coronavirus itself and how to keep people from getting infected -- while treating those who have been -- another crisis of a different sort has been rapidly developing that could have far-reaching repercussions to an entire industry and the people within it.

A talk with a higher up in a local restaurant group more or less confirms what many have been fearing (and posting about on social media, including first-hand stories from such Facebook groups as Industry United and Friends of Boston's Hidden Restaurants), that a huge number of layoffs and furloughs have taken place -- and with many more likely on the way shortly. Our source tells us that several restaurant and hospitality groups have already let go of most or all workers via layoffs or furloughs, including some very big names in the region, and he says that "Simply put, there's not going to be anyone left, very soon."

These cuts stem in a large part from an order announced by Gov. Charlie Baker that went into effect Tuesday that only lets restaurants and bars in Massachusetts offer takeout and delivery services. Because so many dining and drinking spots have never focused on either of these, a large number of businesses have simply shut down for the time being, and with it, the fact that there is no longer any need for workers. In addition, those places that are either used to takeout and delivery or are giving it a try for the first time suddenly find themselves no longer needing a full staff of workers, which is leading to even more layoffs and furloughs.

For now, the order remains in place until April 6, with restaurants and bars tentatively being able to reopen for dine-in/bar service on April 7, but even if that date holds, our source tells us that it will take a lot to get dining and drinking spots back on their feet including the need for business travel and professional sports to resume, though he says that "Even with that it will not replace or revive what's been killed here." 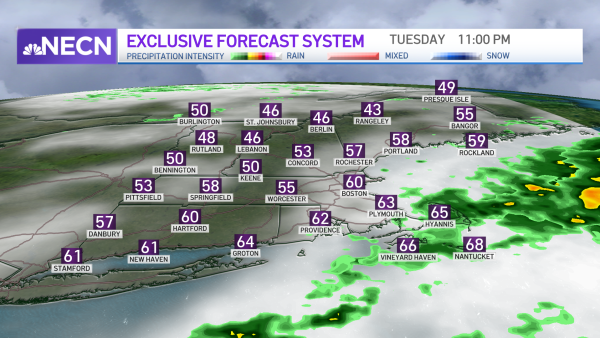 Rain Moves Out of New England, But Cooler Temps Stick Around

And what if that April 6 date doesn't hold? Well, that's something that no one wants to think about right now considering how much damage has already been done by Day 2 of the shutdown. Our source reflects this with a sobering thought, implying that a substantial number of restaurants and bars may never return because "It's already hard and risky, so imagine having to get back up and do it again."