The story of Lizzie Border is well known. You probably grew up with the rhyme: 'Lizzie Borden took an axe and gave her mother forty whacks. When she saw what she had done, she gave her father forty-one.' It remains one of America's greatest unsolved murder mysteries, and you can stay at the Lizzie Border House in Fall River.

According to HauntedHouses.com, objects have been known to move around the Wayside Inn, and guests report hearing the voice of a child happily running up and down the hallways.

The inn has appeared on several paranormal investigation TV shows, including Ghost Hunters, and makes this year's list of Top 25 Historic Hotels of America Most Haunted Hotels. It proudly exhibits information about the paranormal reports on the homepage of the website. You can even request a haunted room.

The Red Lion Inn also makes the Most Haunted Hotels list, alongside the Concord Colonial Inn. According to the list, 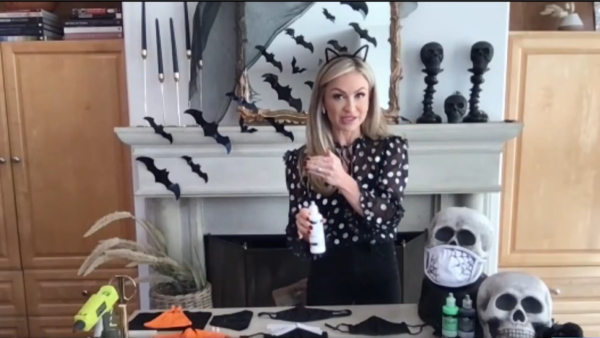 How to Spruce Up Your COVID Masks for Halloween

The entire town of Salem could probably be added to the list since it ups the spookiness factor with its historic connection to the Salem witch trials. But the Hawthorne Inn, in particular, is reportedly haunted. According to Ghost City Tours, Rooms 325 and 612 are particularly active. Yes, The Hawthorne makes the Most Haunted Hotels list too.

While you're in Salem, you can check out the Turner-Ingersoll Mansion, better known as the House of Seven Gables. Ghost City Tours says it is perhaps the most haunted house in the witch-trial town.

It's not just houses and hotels that sport a creepy crown. The Freetown-Fall River State Forest is known to many as a haunted or cursed forest and part of the 'Bridgewater Triangle', an area reportedly known for unexplained paranormal sightings.

The forest pops up when searching for Halloween haunted hikes, but locals often avoid the area. It's been linked for decades to satanic cults and animal sacrifices.

For more than a century, there have been tales of apparitions appearing in the Hoosac Tunnel, a railroad tunnel built in North Adams, out in the Berkshires. The website recounts tales of miners' stories seeing ghostly figures deep inside the tunnel. It continues to be a source of fascination to this day.

The real name of the cemetery is Friends Cemetery, but according to MA Haunted Houses: