Summer Solstice 2022: The Meaning and History Behind the First Day of Summer

The summer solstice sets off the official start of summer as the Northern Hemisphere angles itself at the point in its orbit closest to the sun, causing the longest day and shortest night of the calendar year.

Many cultures, both ancient and modern, celebrate the sunlight with rituals and holidays.

What is the summer solstice?

The term solstice comes from the Latin words "sol" (sun) and "stitium" (still or stopped). It is used to describe the exact moment when the poles are tilted at their maximum toward or away from the sun.

The summer solstice usually falls between June 20 and 22 each year. This year, the solstice will occur on June 21 at 5:14 a.m. ET.

What are summer solstice traditions and rituals?

The summer solstice has been observed by humans since as early as the Stone Age, and was a significant holiday for many ancient cultures.

In the past, summer solstice traditions included spreading ashes from bonfires across one's garden to bring a bountiful harvest, to wearing protective garlands of herbs and flowers to ward off evil spirits, according to History.com.

"The significance of the summer solstice to ancient cultures had many aspects, including calendaring, crop planting and agriculture, moving their camp or housing location for nomadic peoples, and annual cultural ceremonies,” said Aparna Venkatesan, an associate professor in the Department of Physics and Astronomy at the University of San Francisco.

Ancient Romans celebrated the arrival of the summer with a religious festival in honor of Vesta, goddess of the hearth, according to History.com. Women would enter temples named for the goddess to leave offerings with the hopes of receiving good blessings for their families.

In Ancient Greece, the summer solstice sometimes marked the new year and became a time to hold a festival for Cronus, the god of agriculture. Even slaves were allowed to break social codes and participate in the festivities.

The alignment of Ancient archaeological structures such as the Great Pyramids of Kufu and Khafre on Egypt’s Giza plateau suggests Ancient Egypt observed the summer solstice as well. That's because if you're standing directly in front of the Sphinx, the sun sets precisely between the two pyramids on the summer solstice.

Many Native American tribes performed solstice rituals. According to History.com, the Sioux took part in a "ceremonial sun dance around a tree while wearing symbolic colors." Researchers believe that Wyoming's Bighorn Medicine Wheel, an arrangement of stones that has been found to align with the rising sun at the summer solstice, was the site of the tribe's annual dance. Remaining tribes still take part in solstice rituals, according to History.com. 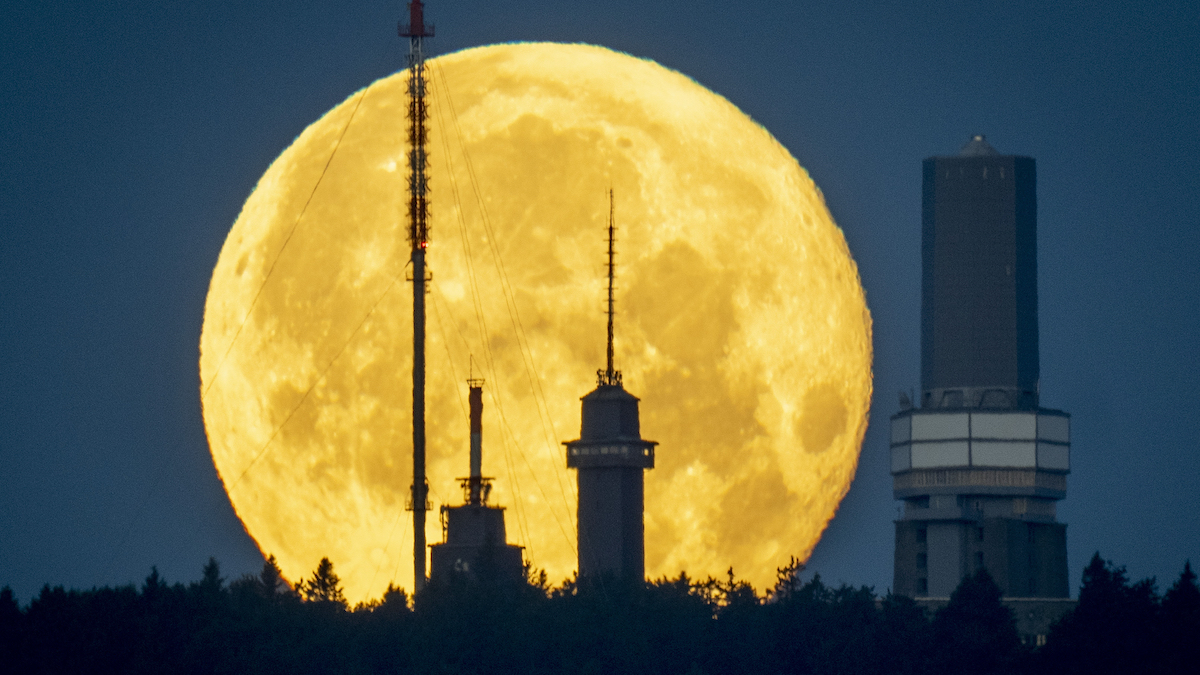 Strawberry Supermoon 2022: See the Stunning Photos From Around the Globe 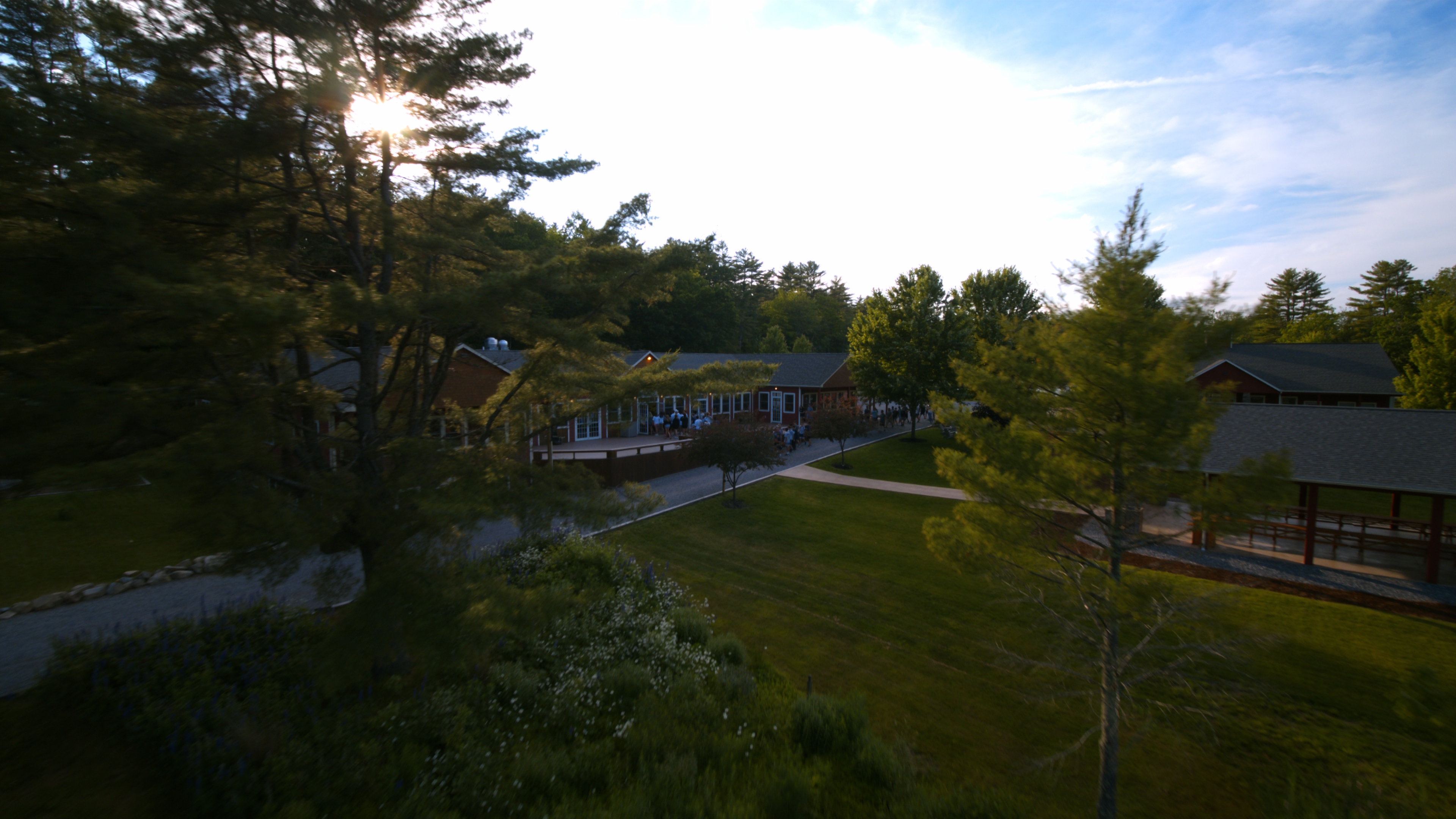 The Evolution of Summer Camps

What does Stonehenge have to do with the summer solstice?

Stonehenge, the 5,000-year-old ring of standing stones in southwest England, aligns with the direction of the sunrise on the summer solstice. And while History.com notes that there is little archeological evidence to suggest the location was used for prehistoric rituals, thousands of visitors, many in colorful costumes, gather around the monument annually to watch the sunrise.

How you can celebrate the summer solstice in 2022

People around the world celebrate the summer solstice with feasts, bonfires, picnics, and traditional songs and dances.

In Sweden, the summer solstice is marked with Midsummer celebrations, as citizens enjoy the end of a long winter with assorted pagan traditions, according to the Swedish Institute. People start the day by picking flowers and making wreaths to hang on maypoles, which are then used for traditional ring-dances. Unmarried girls who place flowers under their pillows before going to bed will dream of their future husbands, according to local superstition. Modern Swedes believe it is a magical time for love; many weddings and christenings are held around the solstice.

Followers of modern-day Wicca, a nature-based pagan religion based on pre-Christian traditions, celebrate the Sun God on the longest day of the year with fruitful picnics on floral-adorned altars. According to Liza Chamberlain, author of "Wicca for Beginners: A Guide to Wiccan Beliefs, Rituals, Magic, and Witchcraft," the Wiccan Sabbat celebration of midsummer, or "Litha," marks the "pinnacle of the Sun's power to fuel the growing season."

And in Southern California, the city of Santa Barbara hosts a weekend festival for the summer solstice, featuring street vendors, music, lots of food and a parade. The Santa Barbara Summer Solstice Celebration, which is in its 48th year, will take place on June 24 and June 25.

Each year, thousands of yogis from around the world flock to Times Square in New York City to celebrate the summer solstice with free yoga classes. The annual yoga fest, "Solstice in Times Square: Mind Over Madness Yoga," was launched in 2003 and designed to keep urban-dwellers centered, focused and present, according to the event's organizers.

And in England, modern day druids are among the thousands who visit Stonehenge in Wiltshire to see the sunrise. The tradition at the prehistoric monument is said to date back thousands of years.

Lifestyle curator Stacie Krajchir-Tom walks through her favorite new finds that will make your backyard party the hottest of the summer.