Events calling for racial equity and denouncing police brutality, which have remained peaceful in recent days, continue in Boston

Hundreds of people took a knee in silence at a vigil in support of Black Lives Matter around a major Jamaica Plain intersection. The First Church at Jamaica Plain's bells tolled nine times to mark the 8 minutes, 46 seconds that George Floyd was pinned to the ground in Minneapolis by a police officer.

Organizers, who had urged participants to wear masks and social distance, deployed volunteers to keep people out of the roads, and traffic was able to continue through the quiet intersection. Protesters were set to stay silent for 30 minutes.

Another silent vigil, honoring black lives, was being held at Adams Park in nearby Roslindale, and it drew scores of people as well. 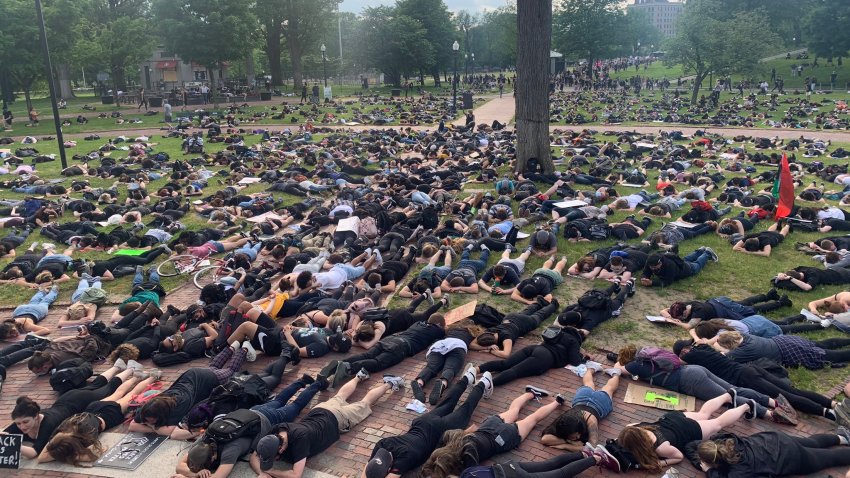 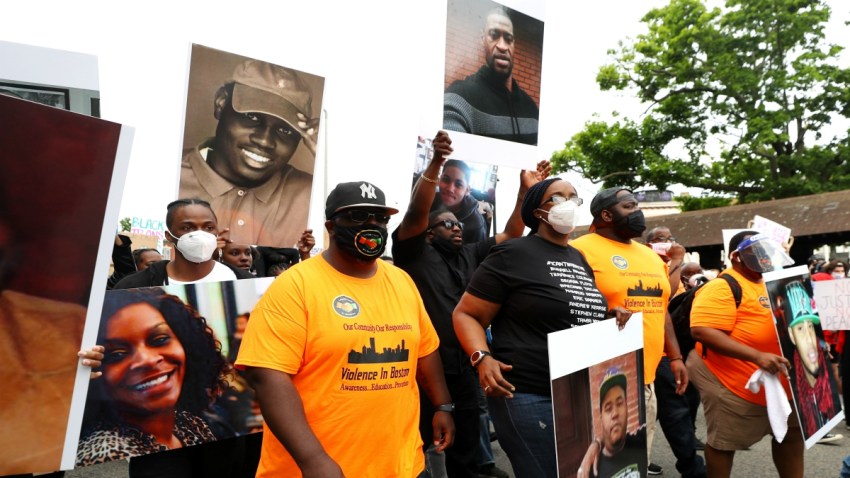 Other demonstrations and protests calling for justice following Floyd's death took place across the state Thursday, including in Fall River, Newton, Taunton, Woburn and Marlboro.

The events come amid nationwide protests calling for systemic change following the death of Floyd. The four police officers involved in his death are now facing charges, including a second-degree murder count against the officer who knelt on Floyd's neck.

Hundreds of protesters circled the Boston Common and parts of downtown Wednesday in the city's latest event to denounce police brutality and call for the end of structural racism.

At one point protesters staged a die-in, in which everyone laid on the ground silent for nearly 9 minutes, representing the amount of time Floyd is seen in a widely-shared video pinned to the ground by a white Minneapolis police officer before he died.