"If somebody wants to have a vodka soda, giving them the option of having the lid with the straw in it, it might just give them peace of mind, if nothing else," the general manager of Boston's Scholars cocktail bar said

In recent weeks, an alarming number of people have been sharing stories on social media claiming they were roofied.

"What has happened over time is the term 'roofie,' or 'I've been "roofied,"' is a term used to designate a class of intoxicants we call date rape drugs," said Dr. Matthew Mostofi, the associate chief of emergency medicine at Tufts Medical Center.

"Typically, date rape drugs are drugs that are used to sort of nefariously incapacitate somebody so you can have your will with them. And that's one of the problems with Rohypnol," Mostofi said. "If you're trying to find a date rape drug, it is very difficult to get. We don't see a lot of those. The one I think we see most commonly is a drug called 'GHB,' or gamma hydroxybutyrate. They tend to be tasteless and colorless and odorless. So it's a good drug to put in someone's drink, you wouldn't know you had it."

Boston police put out their own warning about the uptick, but told the NBC10 Investigators these types of incidents go underreported, meaning they have very few police reports when it comes to drugged drinks.

The Investigators spoke with two women who said they were drugged back in May. Both asked to remain anonymous.

"We're both very two careful girls, you know, and we're not naïve. We know for stuff to look for. And I think it's just important to know that it really can happen to anyone," one of the women said.

Two women are coming forward about the night their drinks were drugged in Boston.

The women said they were at the bar for about an hour, when their bodies began to shut down. A couple hours later, they woke up in the doorway of their apartment, not knowing how they got there. One of the women was bleeding from her head and had to be taken away in an ambulance.

"Physically, I mean, I've never been so ill to the point where I'm, like, you know, viciously throwing up all day from the morning to the night," one said.

Their symptoms included memory loss, vomiting, body tremors, teeth chattering, no feeling in their arms and legs and, at one point of the night, one of the women said she couldn't even speak.

Their story was one of many to have popped up in a private Facebook group. Melanie Hubbard, a local business owner and TikTok creator, saw the posts.

"A lot of women had started posting about, 'Watch out for this bar. I had one drink. I don't remember what happened to me afterwards. I woke up at 2 p.m. the next day with no memory,' and this same story keeps getting written about over and over again in this Facebook group," Hubbard said.

She said she started to take screenshots of the posts, redacted all the names and shared the experiences on her TikTok. Her video went viral.

She said people started reaching out to her, asking for her to share their stories anonymously.

"I think there's a lot of shame in regards to feeling like you lost control, you feeling like you drank too much, feeling like, oh my gosh, they're going to blame me because I had one too many vodka sodas last night and ended up blacking out and not able to hold my head up," Hubbard said, "when really you actually had a foreign substance put on your drink and that's what caused you to be that out of control."

Hubbard has since created a separate Facebook group to shed light on date rape drug incidents happening not only in Boston, but across the state.

"How are you ever supposed to know that there is somebody coming and drugging other people if the other people don't speak up about it?" she said

Also making the rounds on social media is a list of bars where people claim to have been roofied. Scholars, a cocktail bar in Boston, was one of them.

The Investigators sat down with the bar's general manager, Meghan Waters, who has been making a change at her establishment to help patrons feel safe.

"Seeing our name in the group of bars where I feel like women are being targeted is really what sparked this whole push for us," Waters said.

Part of that push included an entire re-training for her staff, Waters said: "If we see someone, instead of the first thing that we're thinking is, maybe, 'That woman had too much to drink,' now the first thing is, 'We need to get this woman some help.' So rather than assuming that alcohol is the main problem, we're working under the assumption that this person may have been 'roofied.'"

She told the Investigators, "We haven't had any reports to us about it directly. We've just heard about them online. So we're just trying to create an environment where those women feel comfortable coming to report to us."

Waters echoed those same promises on the Scholars' Instagram page, where she put out an entire campaign about what to do if you think your drink may have been tampered with.

Scholars took things one step further, printing out the posts and hanging them up inside of the women's bathroom.

It's bars like these that make Hubbard feel better about going out at night, she said.

"That helps any sort of patron who has this on their mind, who's scared, who's worried about it, and who finds themselves at Scholars thinking, 'Okay, that's a little bit more security for me. If something happens to me, the Scholars employee is going to step in. If I don't feel comfortable drinking my drink, somebody at Scholars is going to dump it out for me and serve me a new one,'" she said. "And that's, I think, what we're trying to achieve here."

Scholars has ordered hundreds of plastic cups with lids to give their customers options at the bar.

"If somebody wants to have a vodka soda, giving them the option of having the lid with the straw in it, it might just give them peace of mind, if nothing else," Waters said. 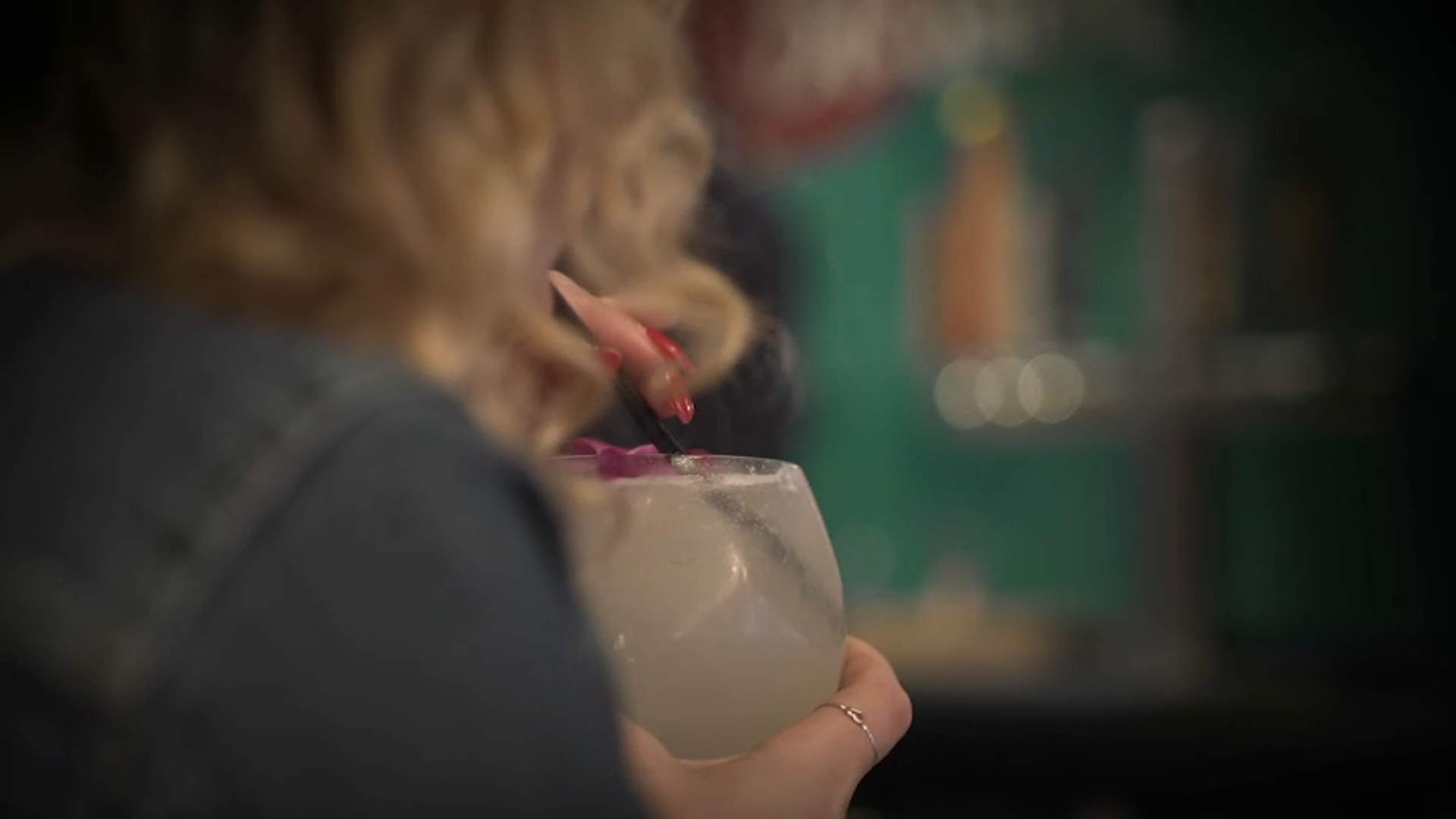 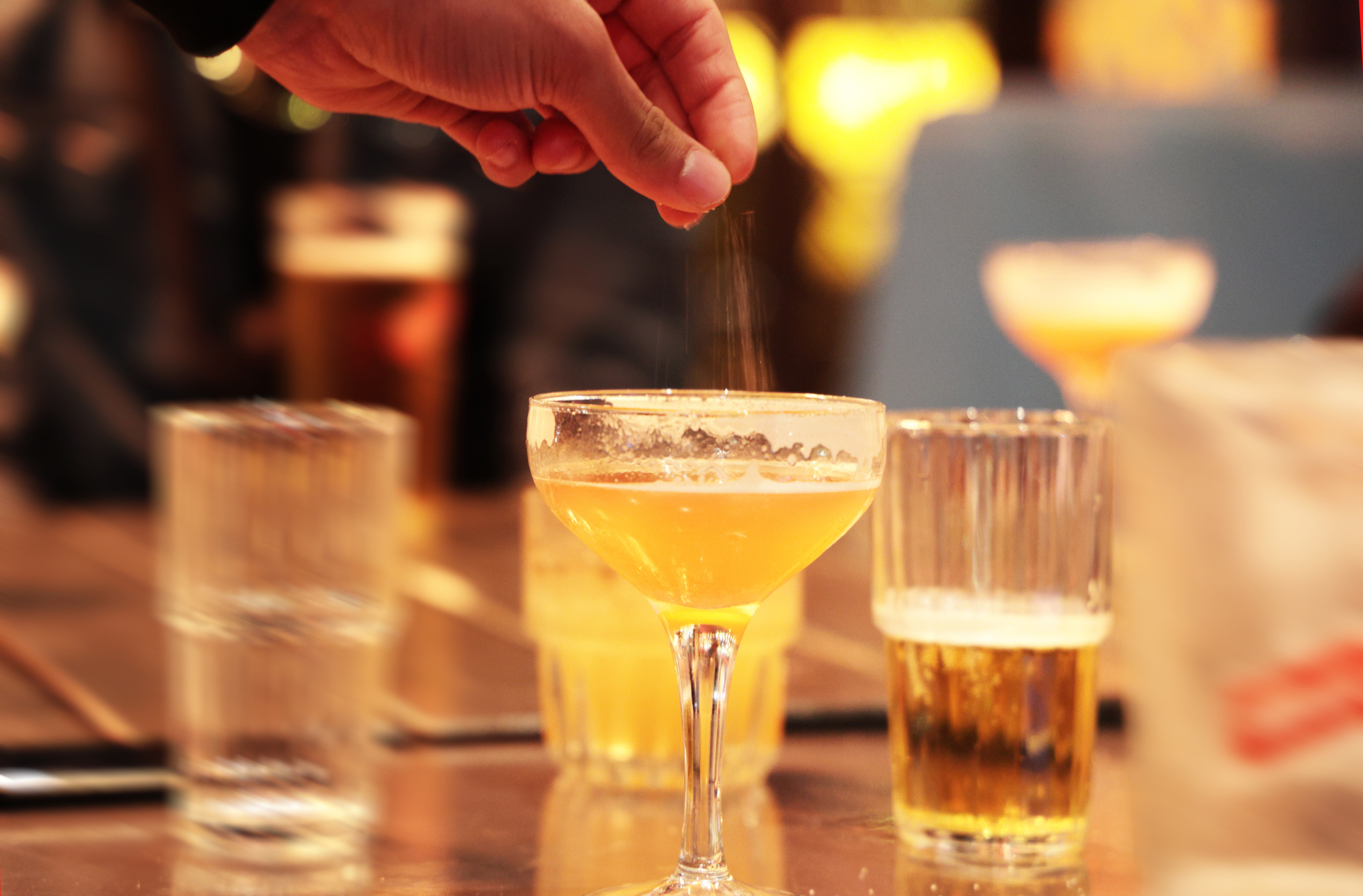