‘Hey, Can You Put a Mask on?' Few Cited for Violating Mass. Face Covering Order

Of 26 communities surveyed by the NBC10 Boston Investigators this week, only one reported citing people for going without a mask. Many said they're opting for education rather than stiff enforcement.

One week after an order requiring people to cover their faces in public went into effect, police and health officials in communities around greater Boston have issued few citations and are handing out masks and seeking voluntary compliance instead.

As of Monday, Boston police had not cited or fined anyone for violating the order, which took effect May 6.

In Worcester, the state’s second-most populous community, police are handing out masks instead of citations, and residents have “generally been complying” with the governor’s order, according to Worcester police Lt. Sean Murtha.

Springfield police took a similar approach, handing out surgical masks and issuing verbal warnings only if people decline to use them. Those who are cited a second time face a civil fine, but so far, police have issued only a single warning, to a person who was loitering outside a liquor store and talking with others closer than 6 feet away, according to a spokesman for the department.

How often should you wash your mask? And what’s the best way to clean it? Nurse Alice Benjamin shares some best practices for wearing face masks.

Of 26 communities surveyed by the NBC10 Boston Investigators this week, only one reported citing people for going without a mask. Health officials in Lynn issued 31 citations to people who did not use face coverings as of Friday, though none were fined, according to the city’s health director. The circumstances surrounding the citations weren’t immediately clear, and a city official did not respond to requests for more information.

In Everett, Police Chief Steven Mazzie said the city has seen good compliance with the mask order and police have no major concerns. Police fielded a few complaints, but they mostly involved people from the same household not wearing masks, or people who are “by themselves in public away from people,” according to the chief.

“Our approach has been to educate and advise folks to do the right thing for all, and most are very good about complying.”

Massachusetts Gov. Charlie Baker said Wednesday, the first day of the mandatory mask order, that there are signs that social restrictions are working to help curb the pandemic.

The order, which took effect May 6, requires all residents over the age of 2 to use a face covering in all indoor public places and outside when social distancing can't be properly maintained.

It also mandates that masks be worn on public transportation and in stores.

Below is a summary of reports from other communities:

ATTLEBORO: Mayor Paul Heroux said people are generally complying with the governor’s order. “Our thinking is that while outside, people are able to socially distance so there is no need for specific police enforcement outside,” he wrote in an email. “While inside, this is an issue for businesses to enforce. It is not reasonable or even a good idea for the police to try to (enforce) compliance at the hundreds of businesses in the city that are in varying degrees of operations.”

BROCKTON: As of Saturday, no citations had been issued, according to Darren Duarte, a spokesman for the Brockton Police Department.

BROOKLINE: Officials are stepping up their educational outreach, including putting up more signs, according to Dr. Swannie Jett, the health commissioner. “We haven’t issued any tickets to enforce masks at this time due to the low number of complaints,” she wrote in an email. “Also, we provided masks to the community on Thursday and found that most people were wearing them.”

CAMBRIDGE: The city’s Emergency Communications Department has received some calls from concerned residents about people not wearing masks -- particularly in busy business districts, such as Central Square, Harvard Square and Porter Square, and along Memorial Drive, according to Jeremy Warnick, a spokesman for the Cambridge Police Department. Between April 19 and May, police received 14 such calls, but they haven’t fined anyone or issued documented warnings, Warnick said. Police have instead handed out more than 10,000 masks, he said. “The Department is treating the first few weeks as an extended grace period and are focused on educating and distributing masks,” Warnick wrote.

FALL RIVER: No citations have been issued, according to Fall River police Detective John Robinson. The department’s philosophy is to gain voluntary cooperation first, and then if necessary, issue a citation, he said. "If we respond to a call and somebody doesn't have a mask we say, ‘Hey, can you put a mask on? It is required,'" he said.

FRAMINGHAM: Police have not cited anyone for violating the mask order, according to Lt. Patty Grigas.

LAWRENCE: The city has not cited anyone for not wearing a face covering, according to Board of Health Agent and Health Director Mike Armano.

MALDEN: No tickets or citations have been issued, according to police and health officials.

NEW BEDFORD: Jonathan Carvalho, a spokesman for the mayor, said no citations have been issued. Police have reminded citizens to wear masks, but many business owners have also been proactive in getting the word out, Carvalho said.

NEWTON: City officials report many people are following the governor’s order, especially in grocery stores and pharmacies. “We continue to have concerns about people outside who are not wearing masks and are unable to keep physical distance of 6-feet between themselves and others not in their household,” a spokeswoman for the mayor wrote in an email. “The Newton Police have the option of giving out fines, but in general at this point are leaning in on education, encouragement and providing masks.”

PEABODY: Local officials previously made it mandatory for people to wear masks when they enter essential businesses. However, it hasn’t issued any written warnings or fines to date, according to Health Director Sharon Cameron.

“Our approach to this issue is compliance assistance,” Cameron wrote. “When we receive a complaint, we attempt to educate the individual who is the subject of the complaint about the Order and the importance of wearing a covering to reduce the potential for their respiratory droplets to reach other people. We discuss less restrictive options that might make a covering more tolerable for them, such as a scarf or a kerchief, if that is a concern. We also work with the establishment where the issue occurred – most often, an essential business like a grocery store, or a multi-unit residence – to help facility management to implement systems to promote compliance.”

SOMERVILLE: No fines or citations have been issued, according to a spokeswoman for the mayor. The city is giving away masks to people who aren’t wearing them.

WALPOLE: Police Chief John Carmichael wrote the department is taking a community policing approach to the governor’s emergency orders, and working closely with the local board of health. Under a new agreement, all Walpole police officers were appointed as health agents, but to date, they haven’t issued tickets or charges for violating the state’s non-essential business shutdown and orders that prohibit large gatherings.

“As for masks, again we will use this as educational and seeking voluntary compliance through community policing efforts,” Carmichael wrote in an email. “We expect complaints on this but so far we have not received any. Places such as Walmart are using masks coverings and social distancing etc.”

WALTHAM: Officials from the Health Department and Police Department reported no citations as of Monday.

WESTWOOD: The town hasn’t received any complaints regarding face masks, nor has it issued warnings or fines, according to Health Director Jared Orsini.

WEYMOUTH: Police officers will be issuing masks to people if they are not wearing masks in public and can’t maintain social distancing, according to Weymouth Police Capt. Joseph Comperchio. Police have not cited anyone, nor has the health department, according to Health Director Daniel McCormack. “I believe that Weymouth residents are doing a good job complying with the order and are doing what is needed to protect themselves and others,” he wrote in an email.

More on Masks in Mass. 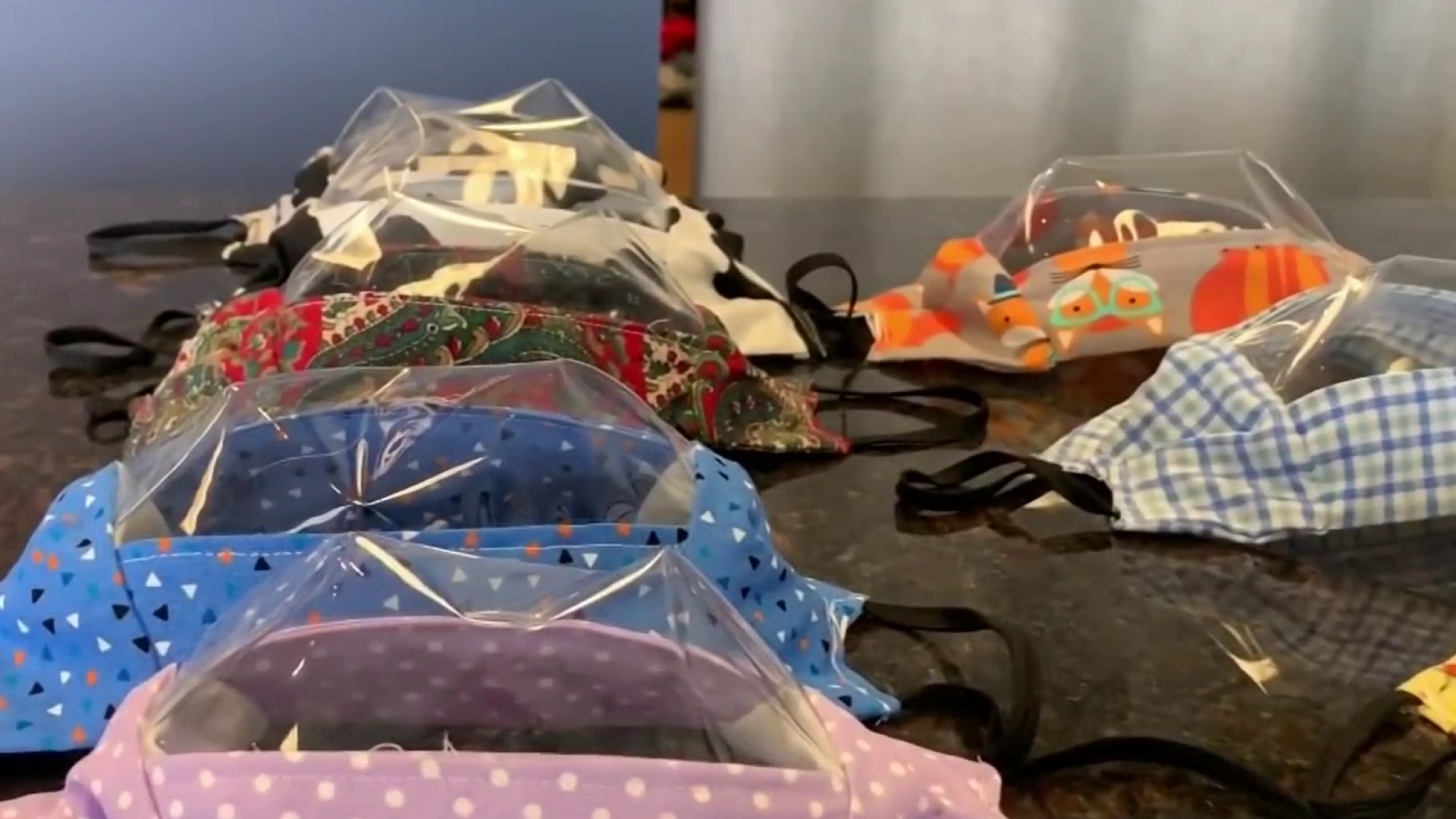 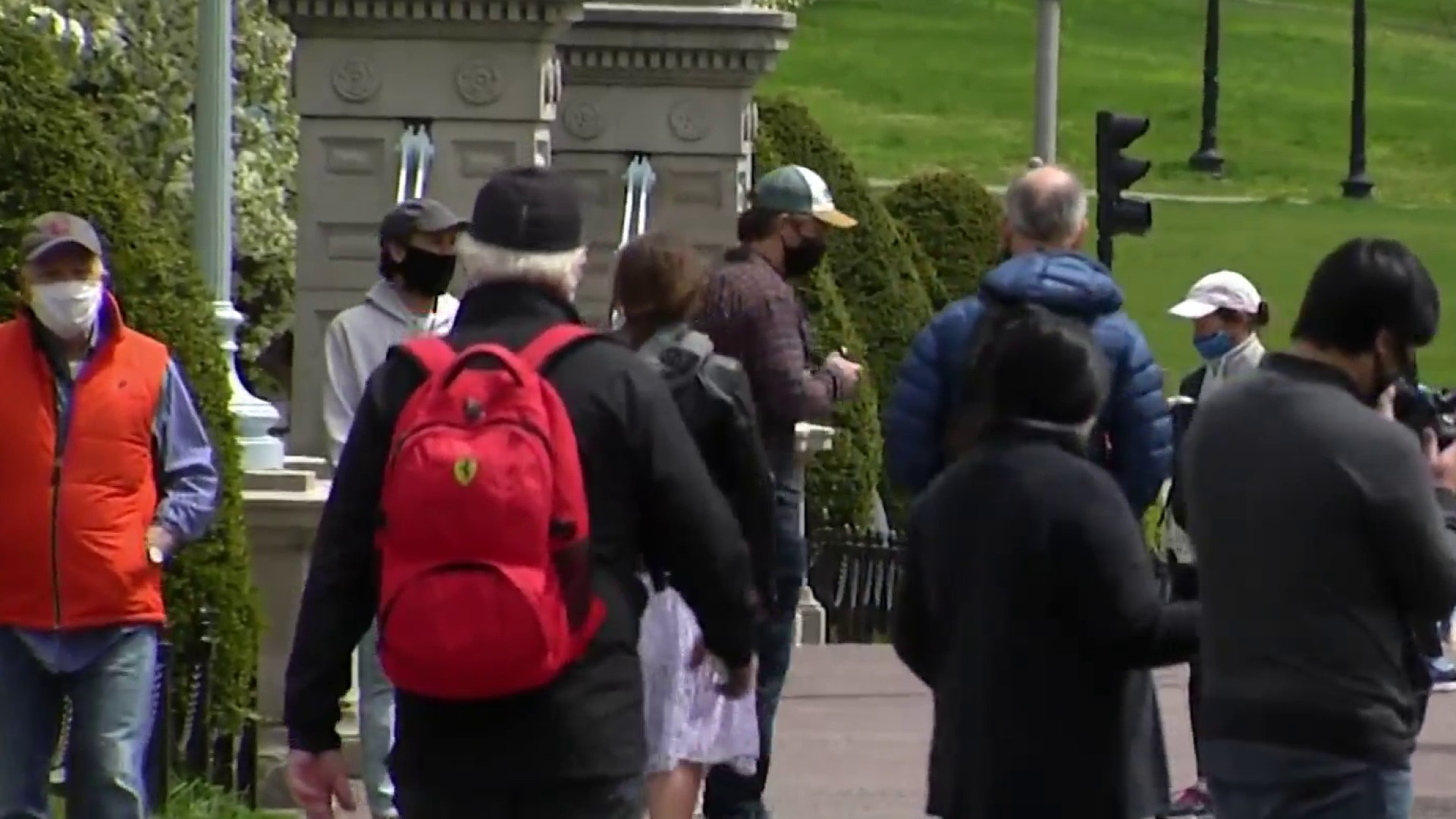 With Masks Mandatory in Mass., Companies Push to Meet Demand