No one was injured in the derailment at Wellington Station, but it led to weeks of repairs and delays on the Orange Line

The video shows the train in a work zone at Wellington Station in Medford, Massachusetts. The train appears to bump, then some cars are knocked sideways as a small explosion goes off.

The slow-moving northbound train, which was carrying about 100 passengers, was crossing to the southbound track to accommodate ongoing maintenance work.

No one was injured in the derailment, but it led to weeks of repairs and delays on the Orange Line.

New details are becoming available after a series of derailments of new MBTA trains.

The train that derailed consisted of new vehicles that entered service in August 2019. Those new subway cars have derailed six times near Wellington Station, the Investigators have reported.

The T plans to replace its entire Orange and Red line fleets with the new cars, but they have been out of service since the March incident, while it remains under investigation. MBTA officials said last month that officials were "zeroing in" on pads in the cars' truck frames, the part that holds the wheels.

The new cars initially make odd noises that were eventually traced to a faulty wear pad, then temporarily taken out of service for a maintenance issue

More on the Orange Line Derailment 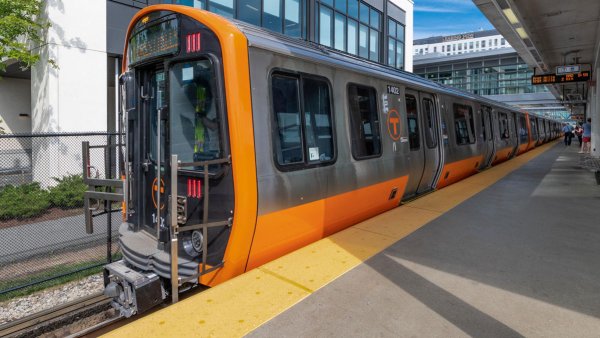 New MBTA Trains to Remain Out of Service