The mother of Hopkinton teen Mikayla Miller has rejected a medical examiner's recent determination that Mikayla died by suicide, calling it instead a homicide as she continues to push for an independent investigation.

"I know the truth, and it's not what they say," Mikayla's mother, Calvina Strothers, said Wednesday during a virtual news conference with prominent civil rights attorney Ben Crump and advocates from Boston and around the country.

Shortly before the news conference, Hopkinton police released some documents in the case, though advocates said lots of information remains hidden, including about a confrontation Mikayla was involved in the evening before she was found dead, in which she was assaulted by a group of teenagers.

Mikayla died from asphyxia by hanging, according to a death certificate filed by the Massachusetts Office of the Chief Medical Examiner, obtained Tuesday. The 16-year-old was found suspended from a tree near a town path on the morning of April 18, according to a search warrant.

Mikayla Miller's mother rejected a ruling that the Hopkinton teenager's death was a suicide, while a high-profile civil rights attorney joined her in calling for an independent investigation and police released files in the case.

But the girl was "found standing, not hanging," on a tree that wasn't tall or sturdy enough to support her weight and with a belt that Strothers said didn't belong to her or Mikayla, according to David Johns, executive director of the National Black Justice Coalition, a civil rights group that advocates for Black members of the LGBTQ+ and same gender-loving community.

"There is no way that Mikaya could have killed herself," said Johns, one of several advocates to speak on the call.

The family conducted their own autopsy before Mikayla's body was cremated, but the results have not been released. Crump said he wanted to speak with the medical examiner before releasing it.

Crump has represented the family of George Floyd and other Black people who have died at the hands of police and vigilantes. He said Mikayla's case reminded him of the deaths of Breonna Taylor and Ahmaud Arbery, whose parents initially "talked about how their child was dead and nobody seemed to care."

Among the information released by the Hopkinton Police Department was audio of the 911 call reporting Mikayla's death. The department does not usually disclose information early but did so given the "significant public inquiry" into what happened, according to a statement.

What was not included in Wednesday's release is more information about the fight with other teens the day before Mikayla's death -- police said domestic violence law restricts them from releasing that information.

"We generally do not comment publicly on such cases. I do appreciate and understand the tremendous public interest in this investigation. We all want answers. However, our department is at all times bound by the laws of the Commonwealth, and there is much we cannot disclose during an active death investigation," Police Chief Joseph Bennett said in the statement, which called the death of a child "a universal tragedy."

Police also said the department had reached out to a Miller family representative after the medical examiner's findings were released and continues offering the family condolences and support.

"You don’t usually see this massive dump of documents early on in the case," said NBC10 Boston legal analyst Michael Coyne, who said police would likely only put the information out if they were confident there would be no criminal charges in the case.

In the weeks that followed the teen’s death, activists and lawmakers have joined Mikayla’s mother, Calvina Strothers, in calling for a transparent and thorough investigation. District Attorney Marian Ryan’s office said at the time that the death was not considered suspicious but the case remained "open and active."

At a rally in Hopkinton earlier this month, Strothers and other advocates said investigators delayed the probe and pushed back against the family's search for answers, claims they repeated on Wednesday. They also said they believe the information that has been disclosed so far in the case was only done so because of public pressure.

Coyne said all the public scrutiny over police activity lately may force other departments to be more forthcoming.

The mother of Mikayla Miller told a crowd of hundreds at a vigil in their Massachusetts hometown Thursday that the 16-year-old's death last month left her shattered, then demanded transparency in the ongoing investigation that has yet to conclude how the teenager died.

Other speakers at the news conference included former Boston City Councilor Tito Jackson and Violence Inc. Boston founder Monica Cannon-Grant, who cited "many inconsistencies in this case" for why the group is pushing for an independent investigation.

Cannon-Grant said investigators quickly decided there was no foul play in part because, they'd been told, two of the teens involved in the fight with Mikayla are related to members of the Hopkinton Police Department. A Hopkinton police spokesperson said that's incorrect: one teenager had a grandfather on the force who died two decades ago, and there are no other connections between people involved in the altercation and officers and employees.

Ryan's office said it would not have a statement regarding the news conference.

Mikayla was wearing a baseball cap, and police located her backpack in the area. Inside was personal property, including a Macbook computer and cell phone, according to the affidavit.

The death of a teenager in Hopkinton that had raised questions was ruled a suicide.

However, as the NBC10 Investigators first reported, police probing the death of Mikayla were unable to retrieve key video evidence in the case because cameras in her apartment building weren’t recording the night she died, according to the district attorney.

In a note to investigators, a worker from the company that operates the surveillance system in Mikayla’s building wrote that it didn’t save any footage for a period of about 17 days, beginning April 2 until the system was rebooted on April 19 – one day after the teen’s body was discovered nearby. 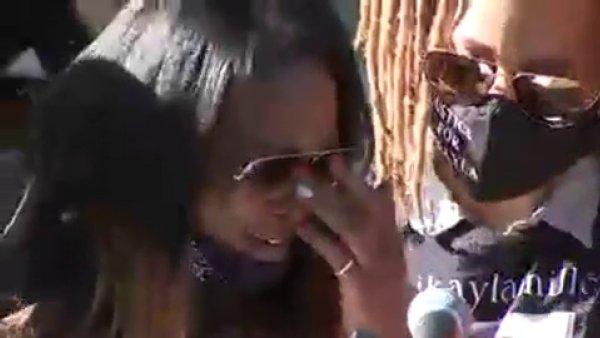