The former deputy chief of the Walpole Police Department is suing the town and an elected official for missing out on a police chief position in another community. That job offer came as he faced a sexual assault allegation, a situation town leaders agreed to keep quiet while allowing him to look for employment elsewhere on paid administrative leave

A former high-ranking police officer is suing the Town of Walpole and an ex-elected official for missing out on a police chief position in another community, accusing them of releasing confidential details about a secret agreement that allowed him to seek employment elsewhere while he faced a sexual assault allegation.

The NBC10 Investigators uncovered the lawsuit filed by Christopher MacKenzie, a former deputy chief of the department, shortly after the resolution of his criminal case.

The complaint against the Town of Walpole and David Salvatore, a former selectman, includes claims of slander, invasion of privacy, conspiracy, and improper interference with an advantageous business relationship.

In May 2019, a group of police officers celebrating a birthday at a Walpole restaurant said MacKenzie showed up in his department vehicle and the establishment and appeared to be intoxicated.

According to a State Police investigation, a female officer from a neighboring department drove the deputy chief home in his vehicle while another officer followed in a car behind.

During the ride, the police report said MacKenzie reached over the center console and touched the victim “intentionally, without her consent, and in an offensive manner.”

“When we give you a badge and a gun, you can’t be doing things like that,” Salvatore said during a recent interview with NBC10 Boston.

Salvatore was a select board member at the time and recalled executive session discussions about an agreement that would give MacKenzie several months to look for another job before his 22-year career in Walpole would come to an end at the beginning of November 2019.

MacKenzie’s wife was also a select board member at the time, but records show she recused herself from those discussions.

Before long, MacKenzie surfaced as the top candidate for police chief in the Town of Seekonk. During a public meeting, Seekonk Town Administrator Shawn Cadime lauded MacKenzie’s attributes while describing him as the front-runner for the job.

“His skills, accomplishments, his poise, professionalism and his experience stood out to the committee,” Cadime told selectmen.

Christopher Mackenzie, the former deputy chief of the Walpole Police Department, is accused of sexually assaulting a female police officer from a nearby community when she was driving him home in his cruiser.

“There’s some new information that’s come to light so I’m going to recommend we move on from Mr. MacKenzie,” Cadime said during a public meeting.

So why the change of heart? According to the lawsuit, somebody sent an anonymous letter to Seekonk town leaders that read:

“Chris MacKenzie is on admin leave and has been. Do your research.”

The suit claims Salvatore was the author. NBC10 Boston asked the former elected official if he wrote the letter.

“I did not,” Salvatore responded. “I realized and whoever wrote that letter realized that you can’t just let a police officer resign from one department and move to the next.”

MacKenzie’s case eventually turned criminal and the former deputy chief was arraigned for indecent assault and battery in October 2020.

A former deputy police chief of Walpole, Massachusetts, faced a judge for the first time Thursday, accused of groping another officer in his department vehicle.

Last September, MacKenzie reached a plea deal, admitting to sufficient facts of a lesser charge of simple assault and battery. The case was continued without a finding for one year and MacKenzie was ordered not to contact the victim.

“Mr. MacKenzie, do you admit that if that evidence were presented to a judge or jury, it may support a finding that you were guilty of this charge?” the judge asked during the plea hearing.

A few weeks after the conclusion of the criminal case, the NBC10 Investigators discovered the lawsuit filed in Norfolk Superior Court.

Among the allegations: the inadvertent publication of executive session notes on the town’s website that detailed the discussion about the secret agreement with MacKenzie.

Elected leaders addressed the “mistake” during a meeting in November 2019 and informed the public that safeguards had been put in place to ensure it did not happen again.

The lawsuit also said Salvatore continued to breach the confidential agreement by making public remarks on television and social media.

According to the suit, MacKenzie’s license to carry a firearm has been revoked, which prevents him from getting a law enforcement job.

Neither MacKenzie nor his attorney responded to NBC10 Boston’s request for comment.

NBC10 legal analyst Michael Coyne, the dean at the Massachusetts School of Law, reviewed the case.

“My biggest takeaway is that there are real problems for the town here,” Coyne said. “It’s very important to keep the details secret. You need to honor them so you don’t expose the town to litigation of this sort and potential damages. That’s where the problem lies here.”

However, Coyne added the case also puts scrutiny on whether those types of agreements should exist with public servants, especially police officers entrusted to protect and serve their communities.

“There’s a legitimate question raised whether law enforcement or any public entity should ever enter into these confidential settlements where the public who’s actually paying for the terms of those settlements doesn’t have access to them,” Coyne said.

With a legal battle ahead, Salvatore said he has no regrets about his outspoken criticism of how town leaders handled the situation. He was the lone dissenting vote on approving the agreement.

“Nothing I’ve said publicly has been inaccurate,” Salvatore said. “And I would applaud whoever wrote that anonymous note. That person is a hero.”

More on the Walpole Police Department 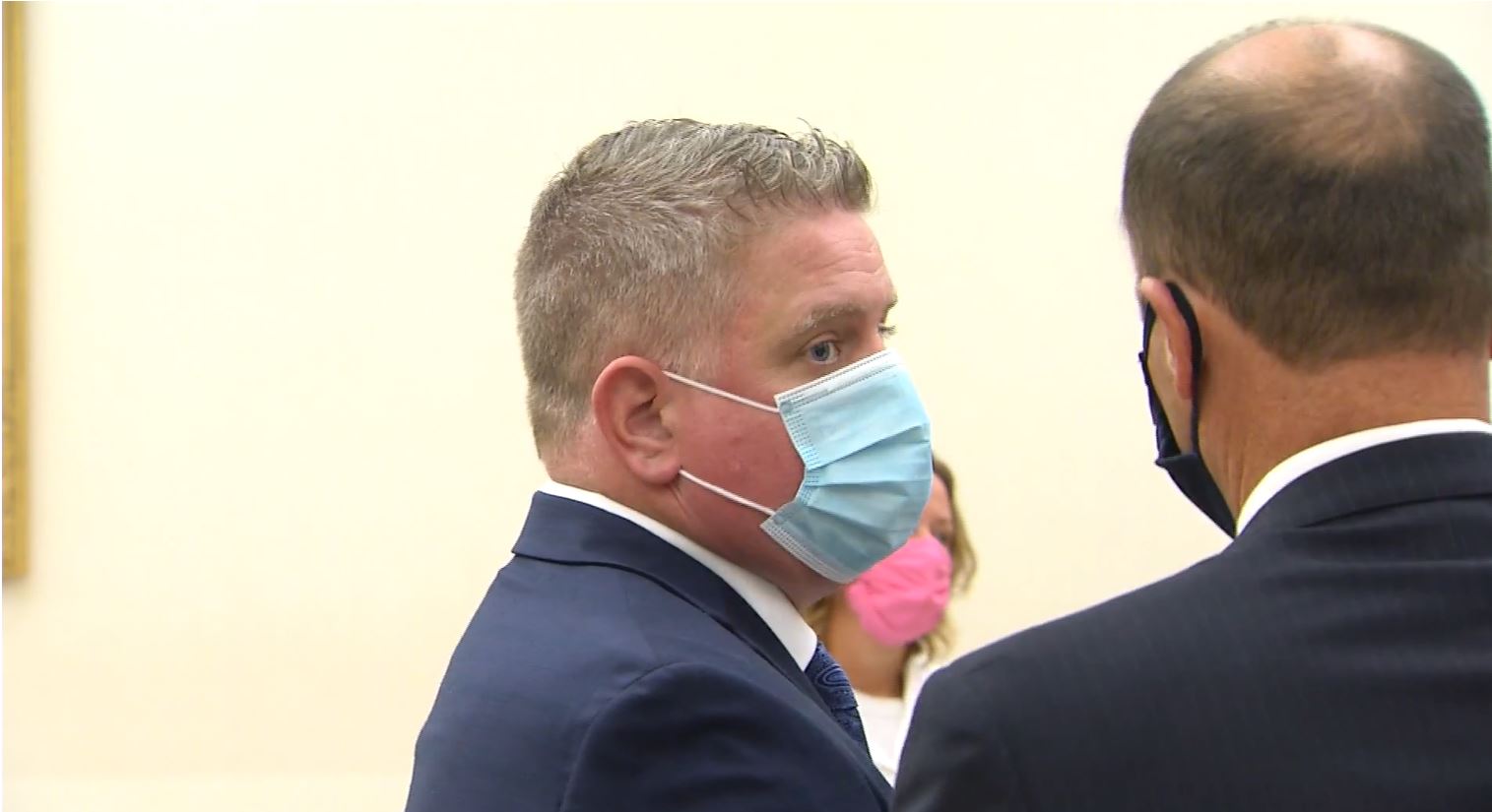 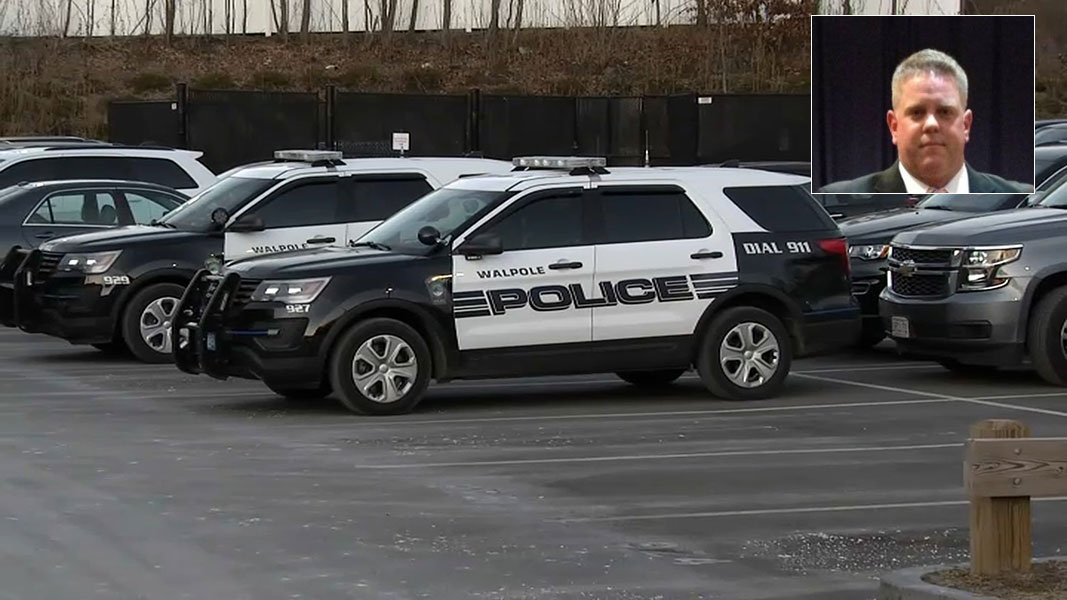