The backlog first surfaced in the wake of a horrific crash in New Hampshire that killed seven motorcyclists in June 2019.

More than a year after a scandal revealed a stunning backlog at the Massachusetts Registry of Motor Vehicles, the agency said it’s finished processing boxes of out-of-state notifications it had ignored for years.

That development was included in a letter Registrar Jamey Tesler sent to Sen. Eric Lesser this month. In October, the state lawmaker had sent a letter of his own, asking how the RMV planned to fix the problem highlighted by a series of NBC10 investigative reports: drivers dealing with license suspensions for minor out-of-state violations they settled years ago.

In his written response, Tesler said the backlog of violations would be processed by the end of November. On Monday, an RMV spokeswoman confirmed that work was complete.

The backlog first surfaced in the wake of a horrific crash in New Hampshire that killed seven motorcyclists in June 2019.

Tesler said when the RMV receives a notification from another state, the agency takes action based on the closest statute on Massachusetts’ books.

More on the RMV 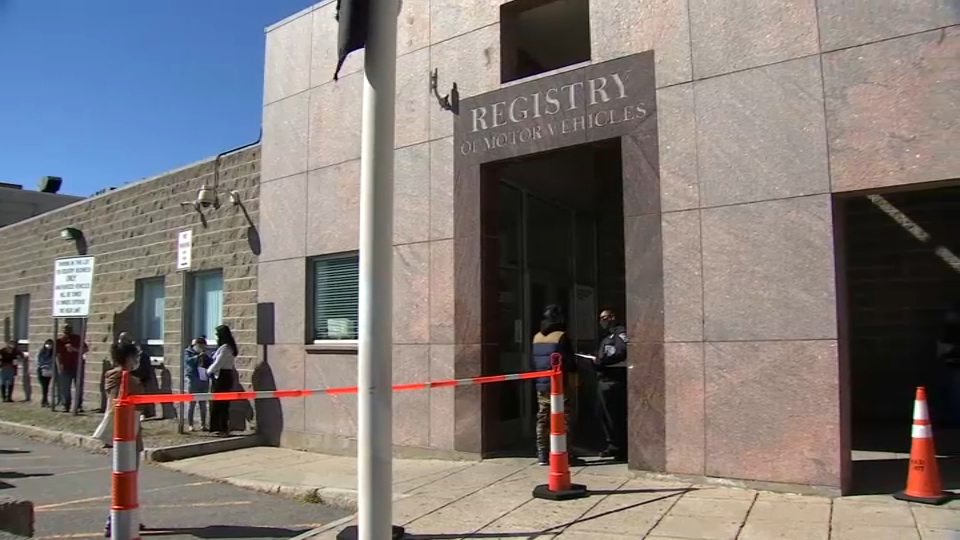 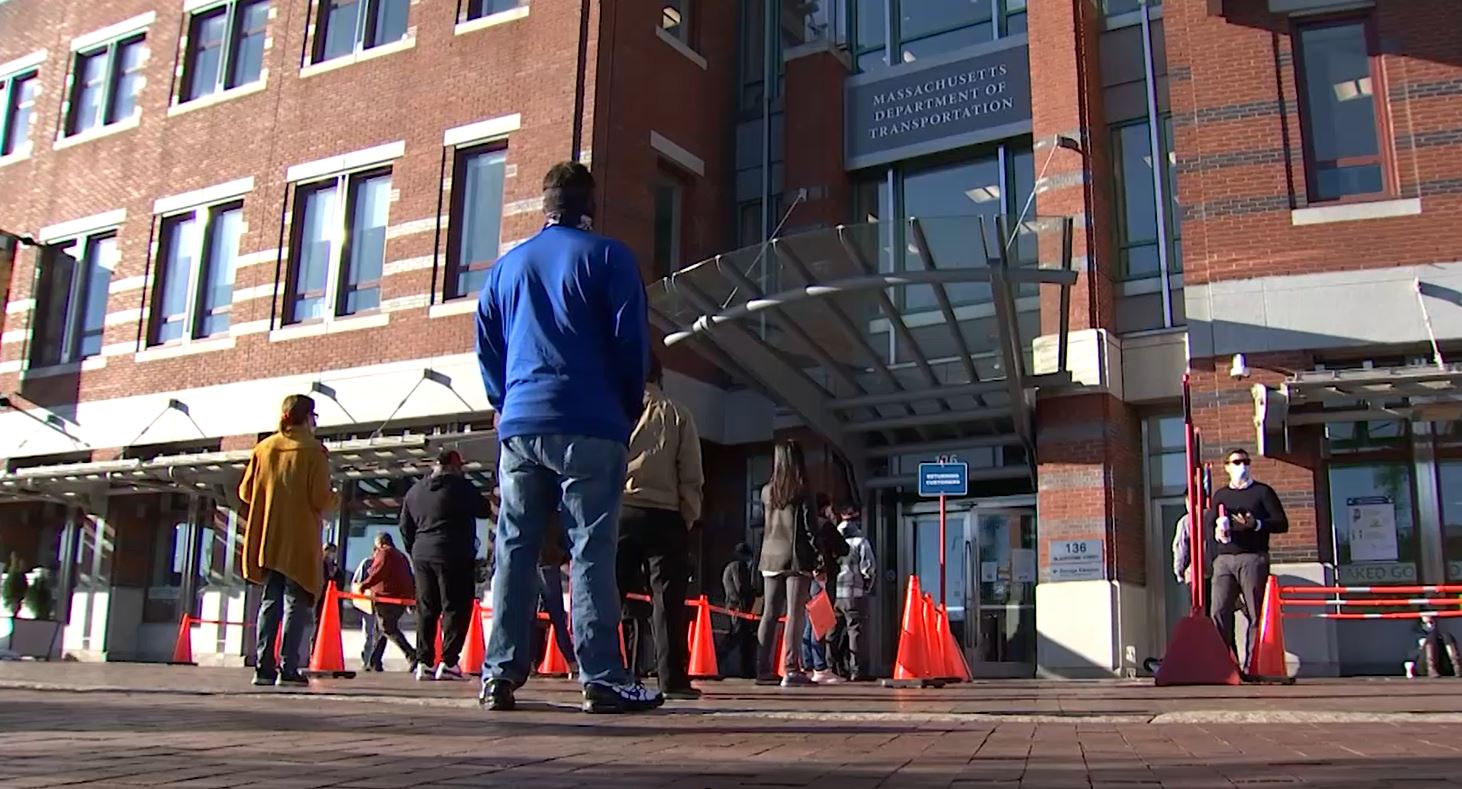 But some of the infractions are lost in translation. For instance, a slew of drivers have received suspensions for speeding tickets they settled years ago in Virginia.

Even though the violation only equates to a civil fine in Virginia, it is interpreted via Massachusetts law as a more serious reckless driving conviction, which carries a 60-day license suspension.

Other drivers have contacted the NBC10 Investigators after receiving suspensions for fender-benders, parking tickets or mistaken auto insurance issues.

“The RMV acknowledges the impacts processing older notifications from the publicly-noted backlog has on drivers,” Tesler wrote. “The state law under which these suspensions must be applied does not give the RMV any discretion to make exceptions for applying offenses that took place many years ago.”

Lesser, who is vice-chair of the Joint Committee on Transportation, told NBC10 Boston he was glad to get a response from the RMV, but said something needs to change.

“You’re talking about a situation that is impacting a huge number of people in our state,” Lesser said. “If we need to file legislation to get this streamlined and fixed, we will do that.”

A Massachusetts lawmaker is demanding answers from the RMV after a series of stories from the NBC10 Investigators finding hundreds of drivers have been sidelined by mistaken license suspensions amid the coronavirus pandemic.

The problem has only been compounded by the coronavirus pandemic.

Drivers have waited in long socially-distant lines outside of RMV buildings without getting their suspensions resolved.

Records obtained by the NBC10 Investigators show there has been a major slowdown with appeals. Since March, the Board of Appeals has only decided about one out of every three cases it received.

As a result, some drivers have already served the length of their suspensions by the time they can get them erased from their records.

Lesser said potential legislation could give the RMV some discretion to handle suspensions for minor out-of-state infractions while allowing the Board of Appeals to hear more serious issues like OUIs.

However, any change will come too late for the scores of drivers currently fighting their suspensions.

Many of them contact the NBC10 Investigators on a daily basis after they read previous stories about the problem.

Here is a snapshot of the drivers we heard from during one week in November:

A PhD student at UMass Medical School, Xuhang Li received a suspension for a fender-bender in Florida. His situation mirrors a Cape Air National Guardsman we profiled over the summer. Li said the situation has caused additional stress during the pandemic and worried that paying a reinstatement fee would eat up a significant portion of his monthly stipend. “My mind exploded when I got the letter,” he said. “I couldn’t believe my eyes. It’s so ridiculous.”

Charlene Callahan is an Abington driver who received a suspension letter from a 2014 speeding ticket in Virginia. Callahan now spends most of the year in Florida and is licensed to drive in that state. She is concerned failure to pay Massachusetts the $500 reinstatement fee could create an issue the next time she is up for renewal. “It’s tremendously frustrating,” she said. “It doesn’t seem fair to the consumer.”

Saul Bitran, of Brookline, was also hit with one of the suspensions tied to a Virginia speeding ticket. He doesn’t want to risk losing his license when the punishment takes effect in December, so he’s tried to pay the $500 reinstatement fee. However, he said he couldn’t pay online or connect with anyone on the phone. “Trying to call the RMV has been impossible,” he said. “I’ve been on hold for over three hours several times and nobody answers.”

Natick resident Avery Cross received a suspension for a 2015 speeding ticket in New York that she settled and never thought about again until the letter arrived from the RMV. She said having her license is essential, both for her job and other personal reasons. “I drive my mom to chemotherapy appointments,” she said. “I didn’t do anything wrong and am now being punished.”

Revere resident Travis Perullo received a suspension for a fender-bender collision in New Jersey. He is also facing the $500 fee to retain his driving privilege and can’t believe the dilemma has surfaced in the middle of a global pandemic. “I haven’t been able to find work since April because of COVID,” Perullo said. “To pull $500 out of my pocket for something I already paid for…it’s very sour to have my home state treating citizens this way.”

The RMV backlog may be in the rear-view mirror, but the emails keep coming. On Monday, NBC10 Boston heard from four more drivers looking for direction on how to navigate a surprise suspension.