You treat political tribalism the same way you treat sports rivalries – and that’s not a good thing.

Admit it: you hate politics, but you watched a LOT of it last week.

And while you aren’t quite sure what compelled you to consume 114 hours of MSNBC's Steve Kornacki tapping his way through election results from Pennsylvania’s Amish country, you know you felt something during those segments.

You felt like you were part of a community, willing your team to victory with each small scoreboard update.  You felt electricity when you got a new batch of good numbers. And you felt compelled to find comfort in bad food and adult beverages with every batch of bad numbers. 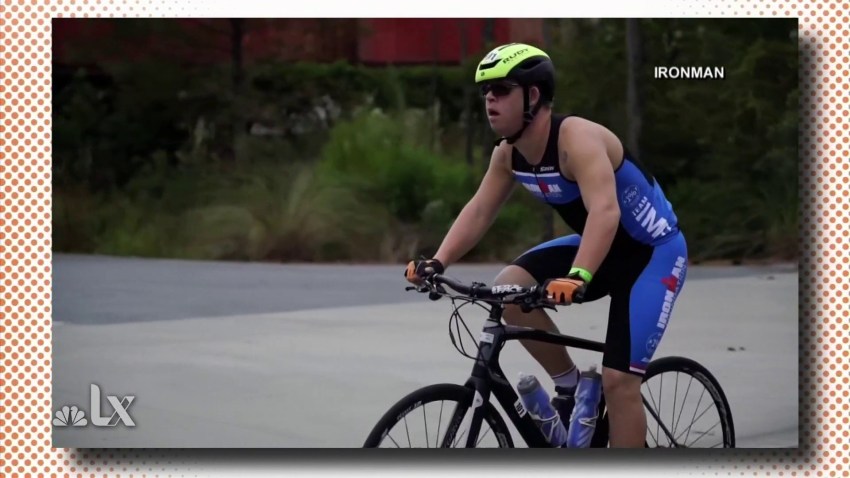 Essentially, Election Week has surpassed Super Bowl week as our nation’s most-sensational spectator spectacle. The stakes are just a heck of a lot higher.

Treating politics like a sport isn’t new, but in the Trump Era, America’s obsession with consuming political updates, commentary, critiques, and rival-bashing has reached a new height, previously reserved only for the most die-hard sports fandoms. We handicap the matches, we profess our loyalties on social media, and we look down on opposing fans of that “other” team.

While tribalism in college football is what makes the atmosphere so great, tribalism in politics is also what’s making our country increasingly insufferable.

Because – just like in sports – our deep divides along group lines lead us to dehumanize our “opponents,” making us forget that Americans who disagree with us on an issue aren’t our opponents; they’re our neighbors.

One thing both parties agree on – they hate “the other side” more than they used to.

According to a recent article published by the American Psychological Association, 45% of Democrats – and 35% of Republicans - said they’d be disappointed if their child married someone from the opposite political party in 2018. Back in 1960, that figure was just 4% for each party.

“Human beings derive a lot of meaning and guidance and esteem from being members of groups,” said Christopher Federico, Director of the Center for the Study of Political Psychology at the University of Minnesota.  “Over the last 20 or 30 years, partisanship has become stronger (and Americans) have become extremely negative about the other party.

“Because of that, folks have a lot of trouble entertaining the possibility of voting for - or even cooperating with - members of the other party. They're just seen as very different and unacceptable in some way.”

Amplifying the tension is what’s at-stake with each vote. It’s not a trophy or a parade, but a set of values that will impact your ability to work, ability to pay medical bills, ability to afford housing, and ability to survive a pandemic.

A WARPED SENSE OF REALITY

Our desire to share a fandom with like-minded people is also warping our reality in ways previously reserved for those Michael Jordan-versus-LeBron James debates (it’s MJ, in case you were wondering).

No doubt, you’ve been there, laying out what you consider an easy-to-understand, logical explanation; but it’s like speaking a different language to a fan from the other side.  Two rational people can have opposite perceptions of reality, with neither one of you wanting to consider alternatives.  Polarized fanaticism clouds our critical thinking.

“We develop prejudices…and distort reality,” Federico continued.  “We want to see our group in the most positive light possible…So we kind of ignore information that doesn't make their party look good.”

The opposite political realities I witnessed covering the campaign this year rivaled that of my freshman year dorm room, where my roommate absolutely refused to hear why Nomar Garciaparra was a better shortstop than Derek Jeter (in his prime, he clearly was).

But the blind loyalties we pledge to our team - and the disdain we show for our opponents – doesn’t just warp our perception of the media we consume, it actually prompts us to consume more of it.

We consume political news like we once consumed SportsCenter. We listen to podcasts like we used to listen to sports radio. And we watch the competitions at night, rooting for our enemies do not just lose, but suffer embarrassing and painful defeats.

In a pandemic year – one where America suffered through a spring without sports and a summer without fans in stands – politics proved to be a suitable spectator sport substitute, from copious amounts of prime-time television consumption to the surge of online political gambling.  Don Lemon and Sean Hannity were the color commentators we loved to hate.

Election Night was Game Day - a crescendoed conclusion to a grueling season, filled with ups and downs and storylines and eliminations.  There were team (MAGA) caps and logoed (Biden/Harris) facemasks, as well as the fear that – just like during a Super Bowl commercial break - if you turned away from the TV for too long, you’d miss something important.

Voters even cheered on state ballot returns like they cheer on a running back, urging Arizona and Pennsylvania and Michigan to cross the goalline.

But we also endured an emotional rollercoaster, seeing our team go through good days and bad days; seeing our policy priorities get ripped to shreds by critics; and seeing bipartisan dysfunction in Congress as a second stimulus check disappeared before our eyes.

When the game was called, celebrations filled our feeds – first, with digital celebrations when the writing appeared on the wall, then with actual partying in the streets, resembling the impromptu festivities that fill big cities after their teams win championships. It was the kind of celebration our country has been denied throughout this deadly pandemic.

UNDYING LOYALTY TO THE TEAM

Just like you’ll never catch an Ohio State fan accidentally complimenting a Michigan player, you’ll never catch Democratic die-hards letting a compliment slip about President Trump.  Trust me, I’ve tested the theory.  But to many partisans – on both sides of the aisle – acknowledging anything positive about the other team is a violation of the social contract to which they subscribe.

Voters won’t admit they choose party over policy, but years of evidence prove they typically do.  Loyalty and emotion come before principals, and even when the major parties undergo dramatic shifts on issues, their followers seldom break ranks.

It’s no different than the tinted lens we view our favorite teams through when they’re caught cheating (ahem, Patriots/Astros fans); your partisan loyalty shapes your principals - not vice versa.

“You can get Democrats to take positions on certain issues that are actually conservative if they believe that party leaders or their party in general has adopted that position,” Federico said. “And that happens because most people don't have time to think about the details of specific policies or form very strong attitudes about them… so people have to fall back on what parties and their leaders say.”

Ten years ago, the Republican Party was defined by the fiscally-conservative Tea Party movement, focused on combating President Obama’s trillion-dollar stimulus and government spending bill. By 2019, few Republicans spoke up as they blew through their own trillion-dollar deficit each year – during a bull market, no less – which would soar to more than $3 billion in the coronavirus-influenced 2020 budget.

Republicans’ views of Russian president Vladimir Putin have also shifted in a short time, from a -66% net favorability rating in July 2014 to just -10% in December 2016, following President Trump’s victory.

Democrats have shifted over the years too, notably on immigration: according to Pew, the share of Democrats who say immigrants strengthen the country has increased from 32% in 1994 to 84% today.

Are the president’s regular quarrels with White House reporters any different than Deion Sanders’ feud with Tim McCarver?

And are the president’s regular call-in segments to Fox & Friends any different than “Sammy from Staten” calling into WFAN radio to opine on the Yankees’ batting order?

Like some of sports’ greatest athletes, President Trump leans into the conflict and embraces the rivalries.  Tribalism doesn’t just give him an effective tool to divide and conquer the electorate; it also seems to give him energy.

But he’s not alone - flip on MSNBC or FOX News on any given night and you’ll get a regular stream of politicians – generally, all from the same team – giving their hot takes on that day’s competition.  It’s the political equivalent of a post-game locker room interview.

On one hand, the unprecedented accessibility to politicians in 2020 is a good thing, and record interest from voters has pushed our political engagement to its highest level in history. However, the downside to that engagement is the partisan tribalism that got us here is also what makes it so hard for Americans to find common ground again with their rivals.

In some ways, we were better off when people paid more attention to sports than politics.