You can do better ESPN.

Hit it foul. Clanged it off the front rim. Knocked it in the rough. Pick your sports jargon, but ESPN blew it. ESPN blew it big time.

In a now-deleted tweet ESPN posted a graphic created by an artist on Instagram(@dayxsleep) meant to highlight the GOAT (Greatest of All Time) in the world of sports. The image included Muhammad Ali, Tom Brady, Michael Jordan, Babe Ruth, Tiger Woods and more standing in a stadium mingling with a few actual goats.

No arguments there. Each of those athletes represent the pinacle in sports achievement. But none other than Olympic Gold medalist Simone Biles called out the world wide leader for what seemed to be a rather obvious omission. Where were the women, ESPN? 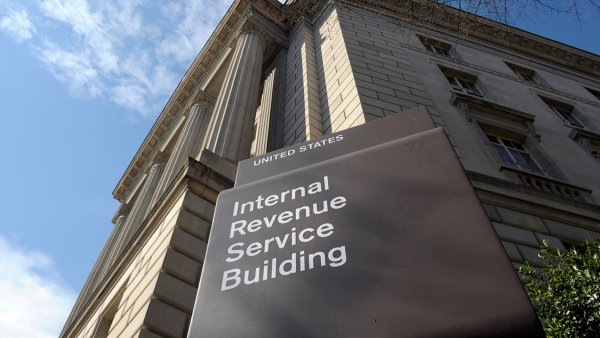 Why You (Probably) Won't Get Audited by the IRS This Year

These Two Examples Show Government Without Political Parties Can Work

"There are so many women I can think of that belong in this photo yet there are none," Biles wrote.

The multiple gold medalist was content to let her statement lie with just that. But guess what. We're not. Here are seven athletes who by any definition should easily be considered the greatest of all time in their respective sports.

Come on ESPN. This was low hanging fruit. Williams currently has 23 Grand Slam titles and is two wins away from another as she competes in the Australian Open. A Grand Slam title here would tie Williams with Margaret Court for most ever women's singles titles.

But don't take our word for it. Williams' husband Alexis Ohanian has been cheering her on by wearing a T-shirt that reads, "Greatest female athlete" with "female" crossed off, to send the message that Williams is at the top, without needing to classify it by gender.

The former World No. 1 professional tennis player. King won 39 Grand Slam titles: 12 in singles, 16 in women's doubles, and 11 in mixed doubles. King was named one of the “100 Most Important Americans of the 20th Century” by LIFE magazine and named one of the Greatest Athletes of the Century by Sports Illustrated.

Joyner-Kersee is one of the greatest track and field athletes in American history. The first American woman to win an Olympic gold medal in the long jump and the first woman to compile more than 7,000 points in the seven-event heptathlon, Joyner-Kersee went on to win three golds, a silver and two bronze medals over four separate Olympics. She was named Sports Illustrated for Women's top female athlete of the 20th century.

Biles didn't mentioned herself by name when calling out ESPN. So, we'll do it for her. With 25 world championship medals to her name (and counting), the 23-year-old American now owns more hardware from the global competition series than any gymnast, male or female, in history.

Wambach is an American retired soccer player, coach, two-time Olympic gold medalist, a FIFA Women's World Cup champion and a member of the National Soccer Hall of Fame. A six-time winner of the U.S. Soccer Athlete of the Year award, Wambach was a regular on the U.S. women's national soccer team from 2003 to 2015, earning her first cap in 2001. As a forward, she currently stands as the highest all-time goal scorer for the national team and is second in international goals for both female and male soccer players with 184 goals.

Rudolph was an American sprinter who became a world-record-holding Olympic champion and international sports icon in track and field following her successes in the 1956 and 1960 Olympic Games. Rudolph competed in the 200-meter dash and won a bronze medal in the 4 × 100-meter relay at the 1956 Summer Olympics at Melbourne, Australia. She also won three gold medals, in the 100- and 200-meter individual events and the 4 x 100-meter relay at the 1960 Summer Olympics in Rome, Italy. Rudolph was acclaimed the fastest woman in the world in the 1960s and became the first American woman to win three gold medals in a single Olympic Games.