Remember, Racism Isn't Just Black And White. Anti Asian Racism Is On the Rise in the Pandemic Era

Just this week San Francisco assigned more police to its Chinatown after older Asians were targeted in a wave of robberies, burglaries and assaults, including three violent attacks on Jan. 31 alone

From the streets of San Francisco to New York's iconic Chinatown district there's been a dramatic surge in the reported cases of hate crimes directed against members of the Asian American community during the COVID-19 pandemic. But to the dismay of many, those attacks have come and gone with far too little outcry.

After a year when racism against Black Americans sparked a national uprising and calls for justice across the country, less attention has been paid to a surge in racist attacks against members of the Asian community.

After yet another spike in hate crimes this year, Asian American leaders are demanding that change.

Just this week San Francisco assigned more police to its Chinatown after older Asians were targeted in a wave of robberies, burglaries and assaults. Area officials advised residents to be on guard after three violent attacks on Jan. 31 alone. One incident in particular made national headlines as security cameras captured a 91-year-old man being pushed to the ground unprovoked.

The Real Housewives of Dallas Jan 28 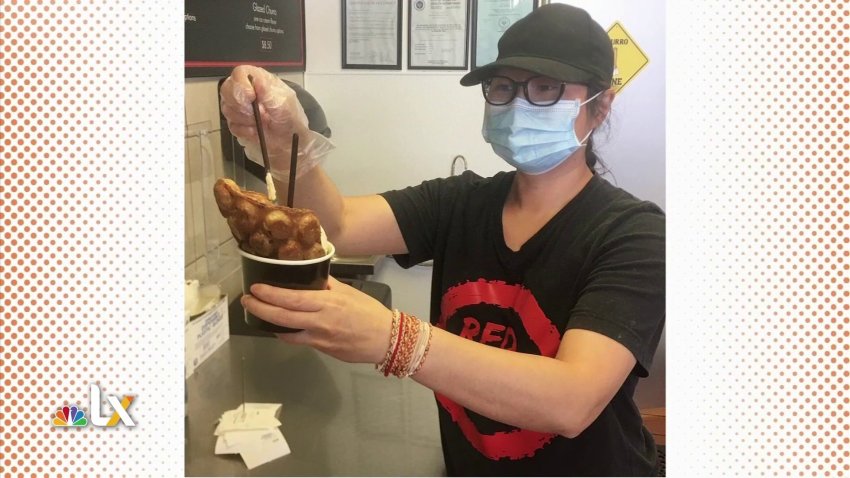 Actors and activists Daniel Dae Kim, Daniel Wu and other high-profile stars took to social media decrying that attack and renewing their calls for justice for the Asian community.

"The number of hate crimes against Asian Americans continues to skyrocket, despite our repeated pleas for help. The crimes are too often ignored and even excused. ... #EnoughisEnough," Kim wrote on his Instagram.

"Crazy Rich Asians" and "Eternals" star Gemma Chan shared a video on Twitter from activist Amanda Nguyen highlighting other recent attacks on Asians across the country, including one of an 84-year-old Thai man shoved and killed in San Francisco late last month. Chan wrote that “too often these attacks are ignored.”

According to Yang Chen, executive director of the Asian American Bar Association of New York, as of December 31, 2020 there were 259 reports of anti-Asian incidents in New York reported to Stop AAPI Hate, which is sponsored by the Asian Pacific Policy & Planning Council, Chinese for Affirmative Action, and San Francisco State University’s Asian-American Studies Department.

Why the rise in hate crimes against the Asian community? Many say look no further than former President Donald Trump's insistence on referring to COVID-19 as the "Wuhan Flu" or "China virus." Critics of Trump believe this sentiment inspired attacks.

Between February and May 2020, the New York City Commission on
Human Rights (“NYCCHR”) received reports of 389 coronavirus-related hate
incidents. Of those, 145 complaints involved anti-Asian sentiment, representing 37% of all complaints received. According to reports those 145 complaints show a “tenfold increase in anti-Asian complaints filed compared to the same period last year, which had only 12."

U.S. Rep. Grace Meng, who represents New York's 6th congressional district, took part in a press conference Thursday in which she decried the violence and asked for more national attention on the attacks.

"We could have had this press conference at any week during the past year," Meng said. "But in particular this week we are reading and seeing stories about violence and death directed at members of our Asian community. I'm horrified by the videos and images of people being attacked. This is sad moment for our community, our city and our country. These are our parents, grandparents and neighbors."

Meng added, "The former president perpetrated xenophobic rhetoric which only fanned racism and brought out people's worst fears and predjudices."

Frank H. Wu, president of Queens College in New York City, said people are accustomed to talking about race in "Black and white terms. So when you introduce someone who in neither Black nor white in that discussion people become puzzled. They don't know how it works."

Wu added that while many of the attacks may start off as verbal bullying, they can quickly escalate. "The words are but a prelude. Those words lead to the sticks and stones. Ask yourself if you're white, what would you do if someone came along and spit at you? What if that happened to your wife or your mother and it was happening again and again? Too long Asian Americans have been quiet. We want what other Americans want... the ability to go about our business and achieve our aspirations. Nothing more. Nothing less."