Wright is hardly the only celeb who has expressed anti-vaccine sentiments publicly. Here are a few others who have made headlines over the years.

"Black Panther" star Letitia Wright became to latest celebrity to come under fire for a false take on vaccines.

On Thursday Wright posted a 69-minute video from YouTube channel "On The Table," which features lengthy commentary from Tomi Arayomi, a senior leader with Light London Church and speaker, in which he questions the legitimacy of the COVID-19 vaccination, questions climate change and also accuses China of spreading COVID-19.

Once Wright started receiving backlash for the comments, she responded on social media that "my intention was not to hurt anyone, my ONLY intention of posting the video was it raised my concerns with what the vaccine contains and what we are putting in our bodies.

Wright later wrote on Twitter, "if you don’t conform to popular opinions. but ask questions and think for yourself....you get cancelled," adding a laughing emoji.

Among those questioning Wright's post was her "Avengers: Infinity War" co-star Don Cheadle. While the actor defended Wright, he posted a critical response to the video itself. 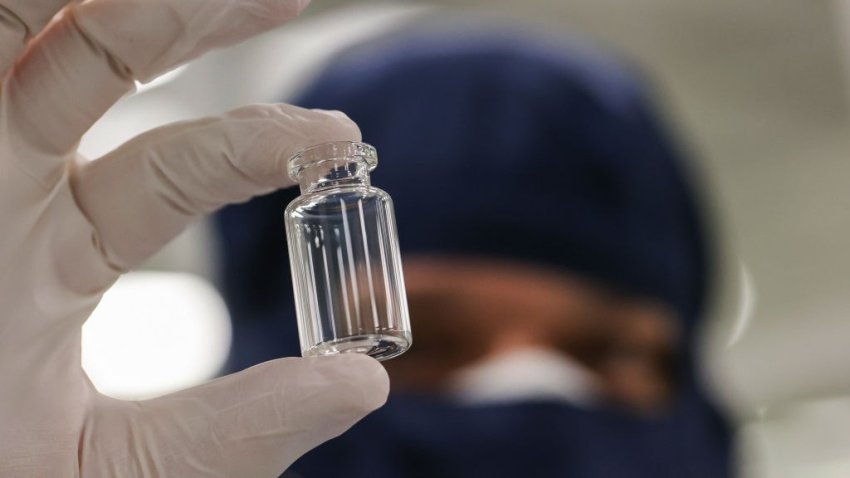 “Jesus… just scrolled through. hot garbage. every time i stopped and listened, he and everything he said sounded crazy and fkkkd up," Cheadle wrote. "i would never defend anybody posting this. but i still won’t throw her away over it. the rest i’ll take off twitter. had no idea.”

Peter Pitts, a former policy advisor with the FDA, joined LX News this week to address concerns some have with the possibility of receiving the vaccine. Pitts says unequivocally that vaccines are scientifically proven to be safe and he has 100% confidence in the COVID-19 vaccines. Yet that hasn't stopped many celebs such as Wright from expressing unfounded concerns. Here are a few others who have made headlines over the years.

One of the most high profile celebrity anti-vaxxers, McCarthy has a son who was diagnosed with autism when he was two-and-a-half. Despite all evidence to the contrary, she was vocal in her belief that his diagnosis was attributable to the MMR vaccine.

Carrey, who currently stars on "Saturday Night Live" and who dated McCarthy for a period of time, has also expressed anti-vaccine views. Carrey wrote in the Huffington Post in 2009: “In this growing crisis, we cannot afford to blindly trumpet the agenda of the CDC, the American Academy of Pediatrics (AAP) or vaccine makers. Now more than ever, we must resist the urge to close this book before it’s been written.”

In her 2014 book, the "Clueless" actress was highly critical of vaccination, saying “there has not been a conclusive study of the negative effects of such a rigorous one-size-fits-all, shoot-’em-up schedule.” In fact, numerous studies have found no negative effects for children who receive vaccines.

Biel came under fire after in 2019 after meeting with California lawmakers and anti-vaccination advocate Robert F. Kennedy Jr. to discuss a vaccine bill." Biel later clarified: "I am not against vaccinations. I support children getting vaccinations and I also support families having the right to make educated medical decisions for their children alongside their physicians."

The "Hellboy" actress petitioned to veto a bill in 2015 that would require all children to be vaccinated in order to enter the school system in California. Blair said of her petition on Twitter that “parental choice is our right.”