Nia Hamm is an NBC10 Boston reporter, but she's also been recording a podcast that digs into the history of the Tulsa Race Massacre, one of the deadliest incidents of racial violence in American history that for years was hardly talked about.

On Juneteenth, the anniversary of another important day in Black American history, Hamm sat down for "10 Questions With NBC10 Boston" to talk about the podcast, “Black Wall Street 1921,” which chronicles the events before, during and after the massacre.

The conversation comes with Tusla back in the national spotlight -- President Donald Trump is holding a rally in the Oklahoma city on Saturday, after initially scheduling it for Juneteenth, which marks the day the last enslaved people in the U.S. were informed they'd been emancipated.

The controversy over that rally's scheduling introduced many people to what occurred at the city's Greenwood District in May 1921.

The area had been known as Black Wall Street; it began to boom with Black-owned businesses after President Abraham Lincoln approved an order to give freed slaves “40 acres and a mule.” The fact that Black people went from being property to owning property was unheard of in vast swaths of the country, but the Black community of Tulsa worked hard to make it flourish, Hamm explained.

“The idea of 40 acres and a mule, this is something we learned when we were growing up," she said. "That, okay, we're going to free the slaves and we're going to give them something to start their lives with. Honestly, the Black people in Indian territory, which later became Oklahoma, they're the only ones that got their 40 acres and a mule. In fact, they got more than 40 acres in many cases, and they're the only ones who've ever received that sort of compensation.”

Thanks to treaties signed with Native Americans, Black people were able to acquire wealth in Oklahoma, Hamm said.

But on May 30, 1921, a Black shoe shiner accidentally fell on a white elevator operator when the elevator lurched and was accused of assaulting her. As "Black Wall Street 1921" details, a mob formed seeking retaliation, and over the next two days it almost completely destroyed Black Wall Street.

Hundreds are believed to have died and thousands were left homeless; some witnesses reported they heard bombs were dropped on the neighborhood. According to the Oklahoma Historical Society, it's believed "to be the single worst incident of racial violence in American history."

Race riots were common in the era, Hamm said, and many had similar origins.

"After you had minstrel shows and all kinds of different racist forms of entertainment ... there developed this narrative that Black men are dangerous, they're hypersexual, they ought not to be trusted and we need to protect white women," she said. "People would literally just make up stories about Black men assaulting white women, and that's how some of these happened. Some of it was just pure racism as well."

Hamm’s podcast goes into far more depth about how Black Wall Street came to be, what sparked the massacre, why so few people knew about it for so long and how the Black community in Tulsa has continued to be resilient during its renaissance. Check out the podcast here or on its website, where you can find more photos and information on the history of Tulsa.

More on the Tulsa Race Massacre 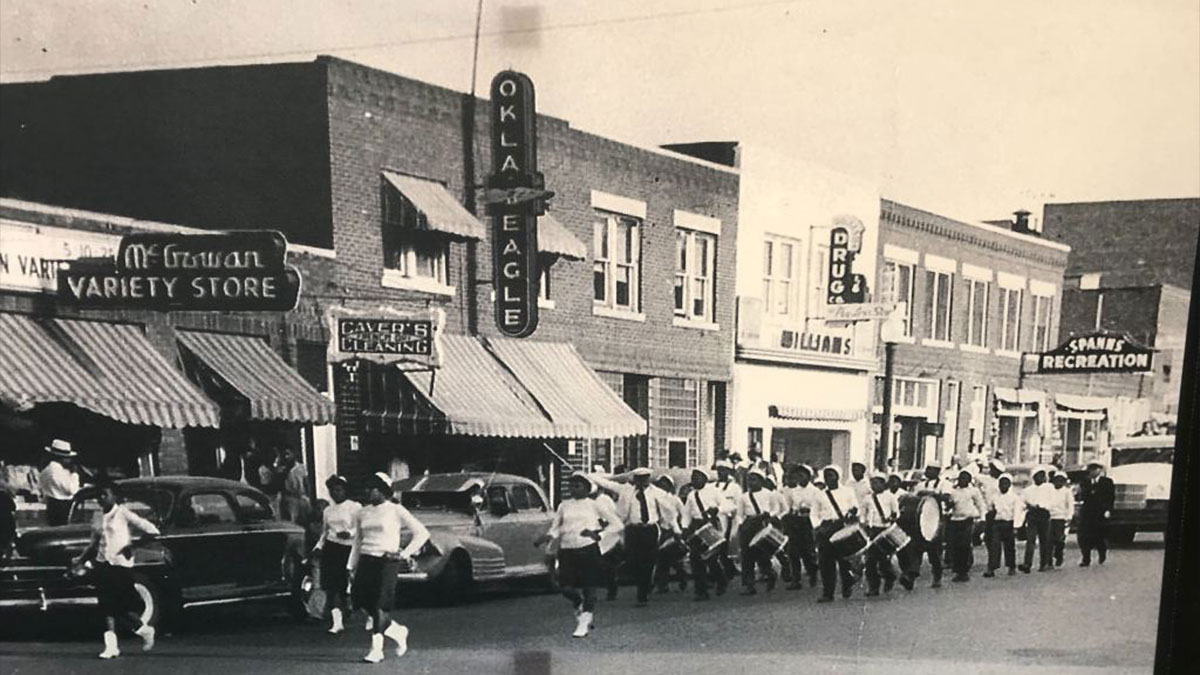 How Black History Is Taught in Schools Faces New Scrutiny