In it, the president calls for billions of dollars for transportation infrastructure, the care of elderly and disabled Americans, drinking water infrastructure, housing, manufacturing and job development and training.

To raise the money to pay for it, Biden is proposing raising the corporate tax rate, cracking down on companies offshoring profits and eliminating tax breaks for some industries. With the tax increases, the measure would pay for itself in 15 years, and thereafter reduce deficits, according to the White House.

The taxes proposed do not impact individuals at this time. Still, there could be personal tax hikes in the future, especially for high earners. 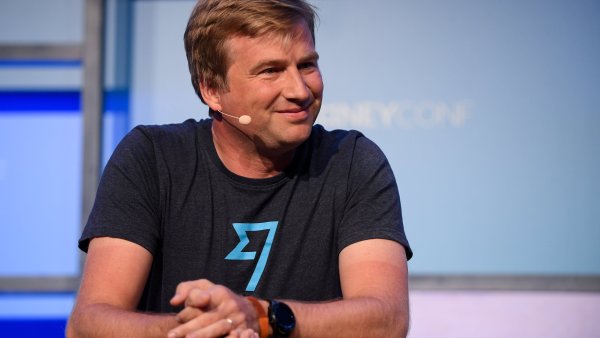 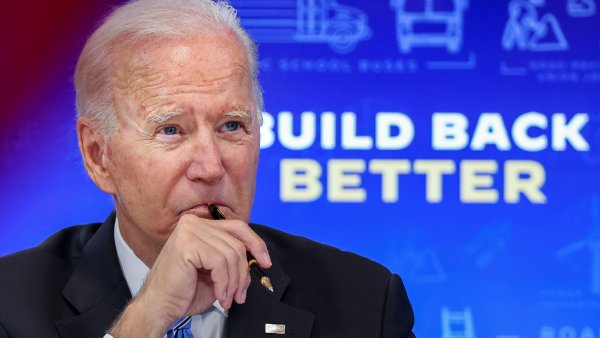 Biden to Meet With Centrist Sens. Manchin and Sinema With Democrats' Sprawling Economic Agenda at Stake

"With this first proposal, it doesn't really address individuals and the individual tax code," said Megan Gorman, an attorney and managing partner at Chequers Financial Management in San Francisco. "However, it's only a matter of time."

Will my taxes go up?

Right now, Biden's proposal does not include any tax hikes on individuals — it's only targeting corporations.

However, that doesn't mean certain individuals shouldn't be preparing for tax hikes in the future. There are other proposals from lawmakers that would raise taxes for high-earning Americans.

"Biden has been consistent in expressing that he wants to raise tax rates for Americans that make a certain amount of money in this country," said Gorman. "So high earners and other high-net-worth individuals are preparing themselves."

And to be sure, the White House said, "the President will be putting forward additional ideas in the coming weeks for reforming our tax code so that it rewards work and not wealth, and makes sure the highest income individuals pay their fair share."

More from Invest in You:
A few days cost some businesses thousands on PPP forgivable loans
Disabled Americans could save their stimulus money in this account
Op-ed: Black women must make their own magic with their finances
This Wall Street veteran wants to bring diversity to corporate America

For example, Sen. Elizabeth Warren, D-Mass., and Sen. Bernie Sanders, I-Vt., recently proposed the Ultra Millionaire Tax Act, which would enact a 3% total annual tax on wealth exceeding $1 billion and a 2% annual tax on wealth more than $50 million. Other proposals would target capital gains and the estates of the ultra-wealthy.

This would also affect how ultra-high-net worth families might try to mitigate the estate taxes they will have to pay, and how they pass down their wealth to future generations.

Many families in this group have been acting in anticipation of higher taxes and a change to the estate tax for the past year, according to Gorman.

"There is always creative planning that is available to wealthy families," she said. "What this has done for wealthy families it is has forced many of them to be very proactive in their wealth transfer strategies."

What will change for corporations?

Taxes for corporations would increase under Biden's plan. Many of the provisions in the proposal are a reversal of measures that slashed taxes for large corporations in former President Donald Trump's 2017 Tax Cuts and Jobs Act.

The proposal would raise the corporate tax rate to 28%, from 21%. The global minimum tax paid, which applies to multinational corporations, would increase to 21% from about 13%, and tax enforcement against U.S. firms that claim tax havens as their corporate residence would ramp up.

The plan would also end federal tax breaks for fossil fuel companies. If passed, these changes would be permanent ones that could only be reversed or revised by further legislation.

Will there be further tax changes?

It's likely there will be additional changes to the tax code which will impact high earners.

For middle- and low-income Americans, tax hikes are probably off the table, as Biden has said that taxes won't go up for families that make less than $400,000 a year. Instead, Biden has worked to expand tax credits for this group.

For example, the latest coronavirus package expanded the child tax credit and makes the payments periodic, with the hopes that families will receive it on a monthly basis for 2021. The payments could begin as soon as July.

"This is a big social change that they're doing with a tax credit," said Gorman. "This is where we're hoping to see more American families start to build up their cash reserves." She added that if you're eligible for the credit, you should start planning what you'll do with that money now.

To be sure, the current proposal from Biden could change as it makes its way through Congress, where it will likely have to win approval from both Democrats and Republicans.

In addition, it's important to remember that many of the cuts in Trump's 2017 tax plan are set to expire after 2025, meaning that some individual tax rates would go back up after that unless Congress extends the legislation. Most of the business provisions in the act are permanent.