GUANGZHOU, China — Huawei, together with one of China's biggest artificial intelligence (AI) firms Megvii, tested a facial recognition system that could be used to detect members of a minority Muslim group and send alerts to authorities, a new report claims.

The ethnic minority Uighurs are a repressed Muslim group often targeted by the Chinese government, who mostly live in the western region of Xinjiang. 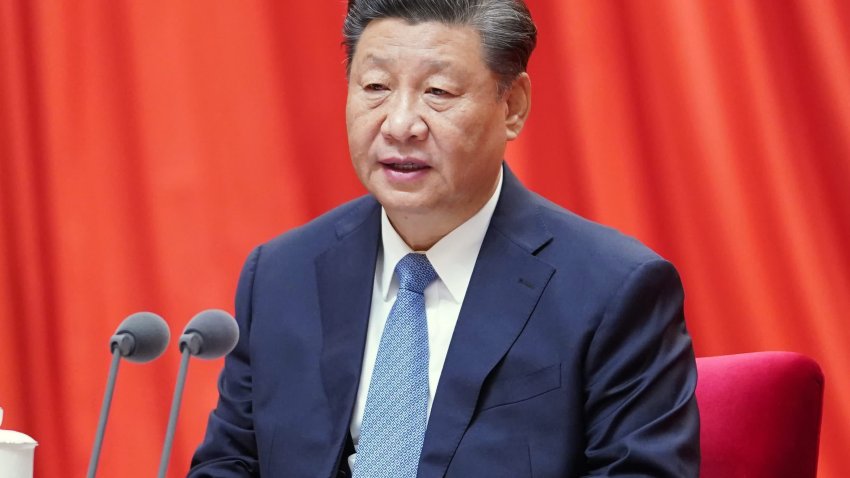 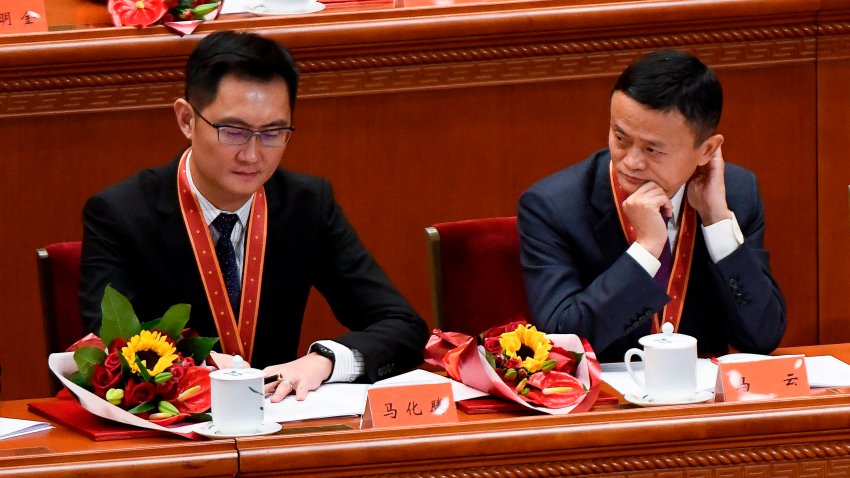 An official document from 2018 produced by the two Chinese companies showed that Huawei tested Megvii's software on its video cloud infrastructure. The document was discovered by IPVM, a U.S.-based research company focused on video surveillance analysis. IPVM shared its discovery with The Washington Post, which on Tuesday was the first media organization to report on its content.

The test was carried out to see if Huawei's hardware is compatible with Megvii's facial recognition software, the IPVM report said. Huawei provided hardware such as cameras, servers and cloud computing infrastructure, while Megvii provided the software, it added.

As part of the trial, a feature called "Uyghur alert" was tested. Another feature of the software was able to determine "ethnicity" as part of its "face attribute analysis," according to the report by IPVM.

In 2018, a United Nations report cited concerns that more than a million people were being held in "so-called counter-extremism centres and another two million had been forced into so-called 're-education camps' for political and cultural indoctrination" in Xinjiang.

Many of these camps operate based on what Amnesty International describes as a "highly restrictive and discriminatory" law that China says is designed to combat extremism.

In June of this year, the UN again raised concerns about "the collective repression of the population, especially religious and ethnic minorities, in Xinjiang and Tibet."

The Chinese government has repeatedly denied mistreatment of Uighurs.

In a faxed comment to CNBC, China's Ministry of Foreign Affairs called the report "purely slander."

"I would like to emphasize, to use modern tech products and big data to improve social management is a general practice of international community, including countries in America and Europe," a spokesperson from the ministry said, according to a CNBC translation.

"Legal use of facial recognition in public areas in some parts of China is to improve social management, effectively prevent and attack criminal acts. China doesn't go any further than countries in America and Europe. And the measures are not targeting any particular ethnic groups," the statement said.

A feature like the "Uyghur alert" could be used to flag a member of the minority group to authorities, according to IPVM.

It's another tool in the arsenal of Chinese authorities, which have used technology to crack down on the minority Muslim group. The New York Times reported last year that facial recognition was being used to track Uighurs and keep tabs on their movements.

IPVM found the Huawei and Megvii document, which was marked "confidential," via a Google search. It was uploaded on Huawei's website but has since been removed.

"Huawei and Megvii's collaboration on Uyghur alarms further proves that many large Chinese video surveillance/face recognition companies are deeply implicated in Uyghur repression. Anyone doing business with these firms should take note," concluded the IPVM report, authored by Honovich.

Neither Huawei nor Megvii denied the veracity of the document uncovered by IPVM.

A Huawei spokesperson pointed CNBC to a comment the company gave to IPVM, in which it said the system has not been used in a real-world scenario.

"This report is simply a test and it has not seen real-world application," the statement said. "Huawei only supplies general-purpose products for this kind of testing. We do not provide custom algorithms or applications."

"Huawei operates in compliance with the laws and regulations of all countries and regions where we operate," the statement continued, "and only provides ICT (information and communications technology) products and solutions that meet recognized industry standards."

Huawei declined to answer further questions on the report.

Megvii told CNBC its "solutions are not designed or customized to target or label ethnic groups."

"Our business is focused on the well-being and safety of individuals, not about monitoring any particular demographic groups," a Megvii spokesperson said.

IPVM's Honovich noted over email that from a technical perspective, facial recognition based on ethnicity is difficult.

"We remain skeptical about the accuracy of ethnic recognition, whether Uyghur or others, even in perfect conditions, with real-world conditions for surveillance cameras (bad angles, bad lighting, far distances, etc.) exacerbating that," he said.

It's not the first time China's tech firms have been linked to the surveillance of Uighurs. Last year, the U.S. put 28 organizations onto the so-called Entity List. American firms are restricted from doing business with companies on this blacklist, which includes some of China's AI champions like Megvii, SenseTime, Hikvision and Iflytek.

Washington alleged that "these entities have been implicated in human rights violations and abuses in the implementation of China's campaign of repression, mass arbitrary detention, and high-technology surveillance against Uighurs, Kazakhs, and other members of Muslim minority groups" in China's Xinjiang region.

The report noted that it was unclear if Nvidia knew about what its chips were being used for. Nvidia did not respond to a request for comment when contacted by CNBC.

Last month, the New York Times reported that chips from Intel and Nvidia were being used to power computers that could process and watch surveillance footage and that were part of China's monitoring of Uighurs in Xinjiang.

On Tuesday, U.S. Senator Marco Rubio and U.S. Representative Jim McGove sent letters to the CEOs of Intel and Nvidia in response to the NYT story. The lawmakers asked the companies if they knew how their technology was being used and whether they took steps to ensure their chips were "not used for human rights abuses or to compromise U.S. national security."

Nvidia and Intel were not immediately available for comment when asked about those letters.