It's no secret that credit card debt is a burden.

But knocking down those balances may be easier or harder, depending on where you live.

Research from CreditCards.com takes a look at the total credit card balances in each state and how long they would take to pay off based on the median annual household income. 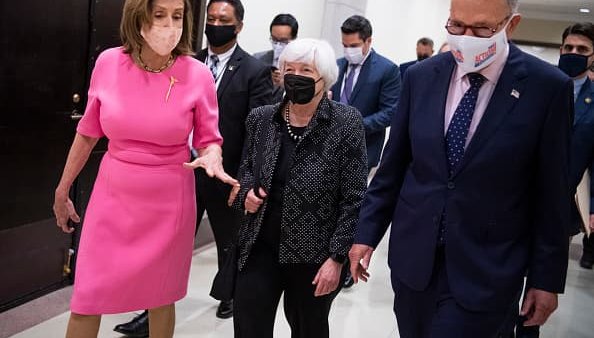 The study found it would take the median American household 11 months to pay down the average credit card balance of $7,941, providing they pay 15% of their gross earnings. They would pay $778 in interest.

Paying down those debts may be more challenging for borrowers now that two popular strategies — balance transfers and personal loans — are no longer as widely available, noted Ted Rossman, industry analyst at CreditCards.com.

But that 15% goal is a good place start.

"If you could put 15% of your gross monthly income towards your credit card debt, that's a pretty magic number in the sense that it trims your payoff period substantially," Rossman said.

To be sure, paying off all the debt in one fell swoop is ideal. Conversely, if you only make the minimum payments, it will literally take you decades to pay it off, Rossman noted.

Income makes the biggest difference, according to CreditCards.com's ranking of all 50 states and Washington, D.C.

"Income varies throughout the country much more than credit card debt does," Rossman said.

In Louisiana, the state where it would take the longest for residents to get debt-free, credit card balances average $7,940. Because the median annual household income is $51,073, that means it would take 15 months to pay off that balance, provided the debtor put aside 15% of their gross earnings to do so. The total interest they would pay is $1,013.

In Mississippi, the next one on the list, it would also take 15 months to whittle down the $7,367 in credit card debt based on the median annual household income of $45,792. The total interest paid would be $977.

Even in the locations that came in at the bottom of list, it would still take eight months to get out from under credit card debt.

In the last state on the list, Massachusetts, credit card balances averaged $7,506, while median annual household income is $85,843. The total interest paid would be $534.

In the second-to-last location on the list, Washington, D.C., the average credit card balance is $8,227 based on the median annual household income of $92,266. If that was paid off in eight months, the total interest paid would be $596.

More from Personal Finance:
Here's what to do before making a charitable donation
Anti-spending movement gains speed ahead of the holidays
Pandemic sends most young adults home to mom and dad