The tug of war between stocks and rising bond yields could set the tone for the coming week, particularly if positive economic data continues to push Treasury yields higher.

Friday's February employment report is the highlight of the week's data and an important current look at the impact of the virus on the economy, after just 49,000 jobs were added in January. For February, economists expect to see 218,000 jobs added, and the unemployment rate should stay the same, at 6.3%, according to Dow Jones.

Fed speakers are also a major focus of the markets, after the rapid rise in bond yields this past week had the feel of a runaway train. Fed Chairman Jerome Powell is the most important speaker, when he appears at a Wall Street Journal summit Thursday.

"If he wants to stop this rise in rates, he does have to say something. But he risks sounding hawkish. The more dovish he sounds, the higher rates will go," said Peter Boockvar, chief investment officer at Bleakley Advisory Group. When the Fed is described as dovish, it means it is maintaining easy policy, such as keeping interest rates at low levels.

Some Fed watchers doubt the central bank will comment on the rise in yields any more than Powell did this past week when he said the move was the result of a strengthening economy. But bond pros say Powell could reinforce that Fed policy will remain easy for a long time to come.

The rapid runup in interest rates this month caught investors by surprise. The benchmark 10-year yield, which influences mortgages and other loans, was at 1.46% Friday afternoon, about 15 basis points, or 0.15%, above its level just a week earlier. After a big surge Thursday, the 10-year yield traded on both sides of 1.50%, which is the consensus view of where yields would be at the end of the year, not the beginning.

The fast move up in yields, which rise when prices fall, scared stock investors in the past week, evident in choppy trading and a big sell-off Thursday. The Nasdaq fell nearly 4.9% for the week, as technology shares were hit the hardest, but the S&P 500 was down about 2.4% for the week. 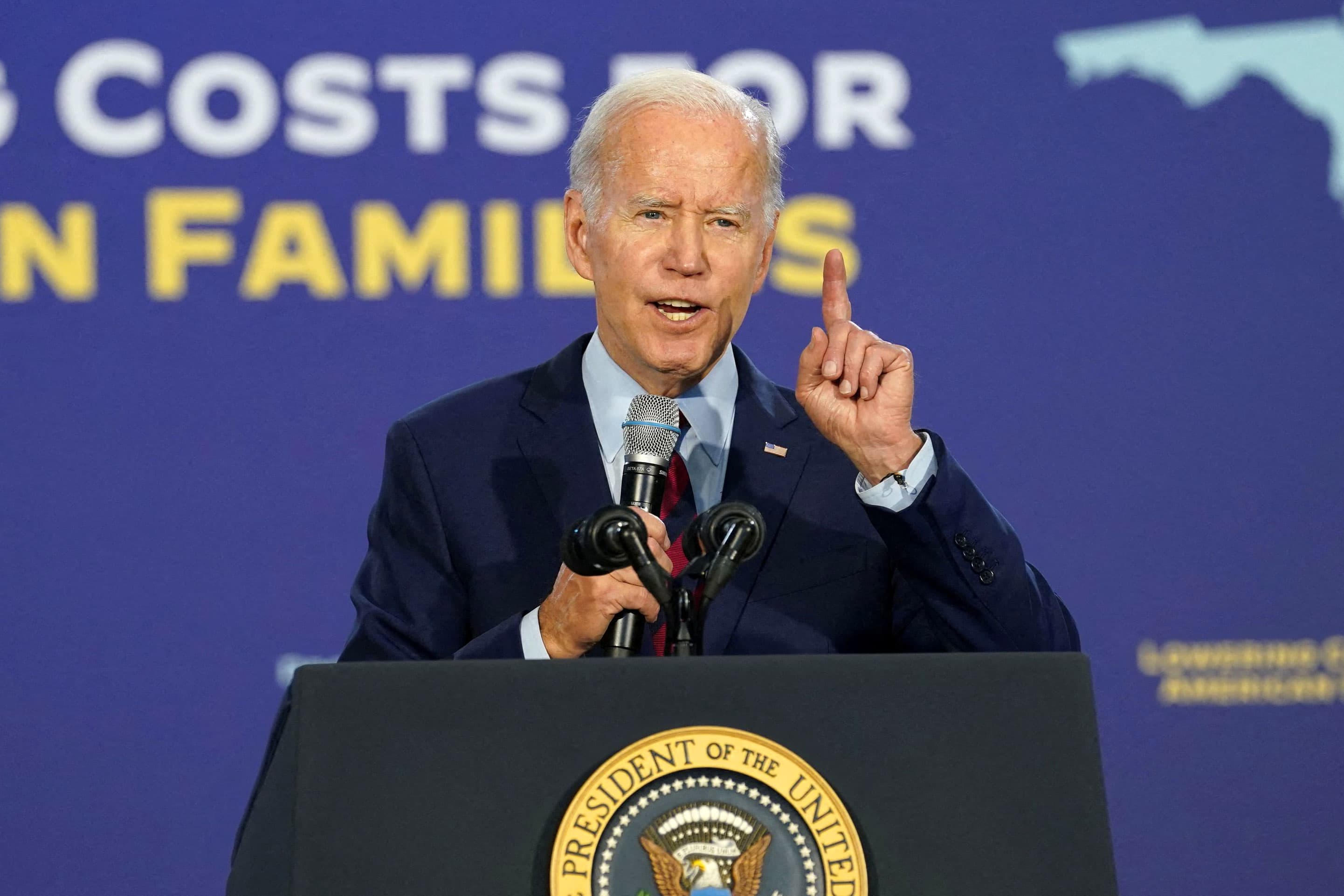 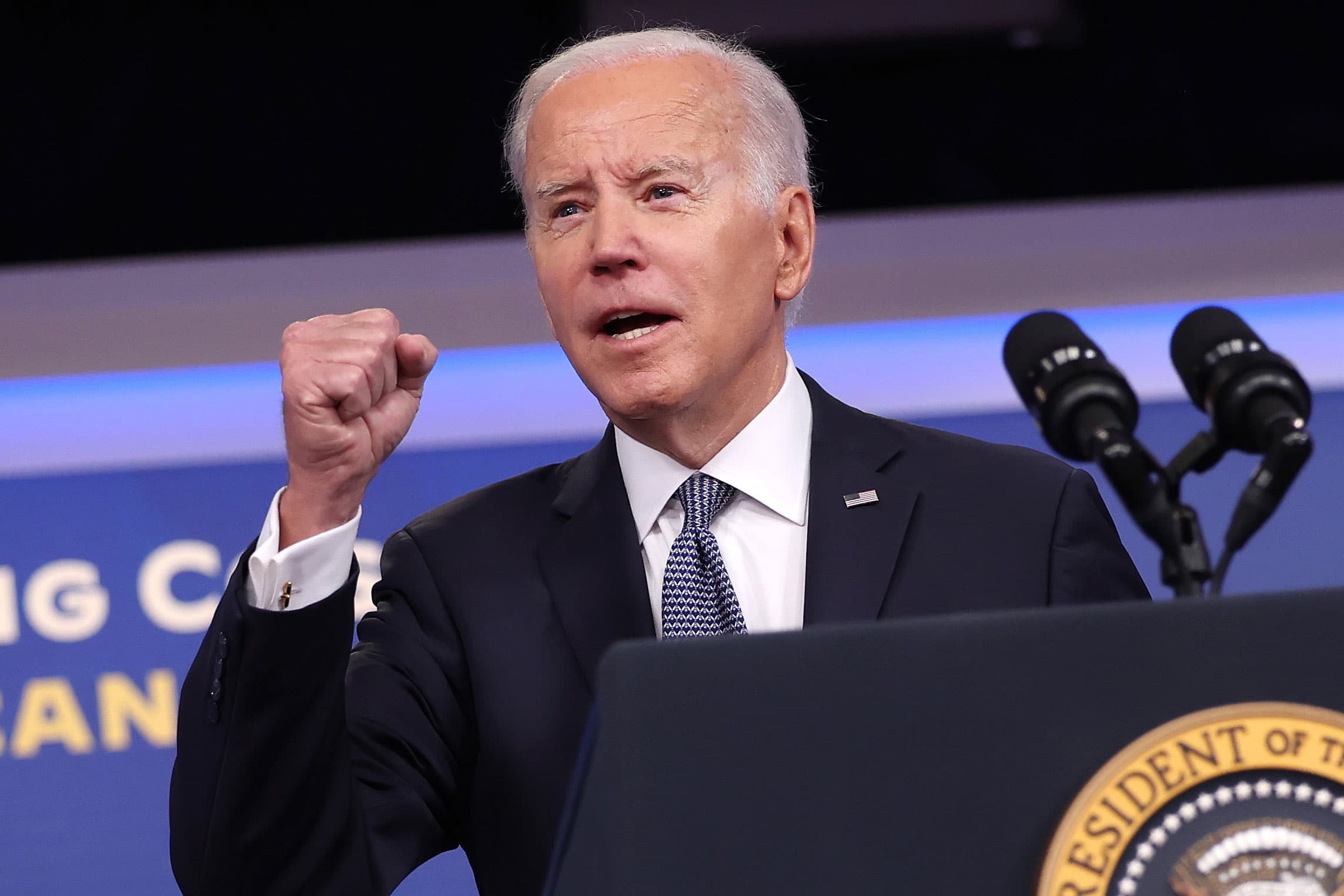 "I think it's probably going to be a short-term tug of war," said Sam Stovall, chief investment strategist at CFRA. Stocks have been reflecting optimism about the economy, and now they are being joined by bonds.

"People forget the reason why we're looking at very high year-on-year increases in [economic] indicators. It's that we were just entering the depths of recession ... and we are now in many measures just getting back above pre-pandemic levels," he said.

Stocks on average have performed poorly in February, but this year they were higher, lifted by an improving economy, the vaccine rollout and the prospect of a big stimulus package. The Biden administration's $1.9 trillion stimulus package should go to a Senate vote in the week ahead.

The expected economic boost from stimulus has also been driving yields higher, and it has also heightened concerns about inflation.

The average gain in March since World War II was 1.1%. But in the 14 years, like this one, when stocks were lower in January but higher in February, the S&P rose an average 1.9% in March.

Stovall, who has been expecting a market sell-off, said the technology and consumer discretionary sectors did among the worst this past week, when stocks were selling off, but they had also gained the most. Those sectors would likely also be sold more in any further pullback.

"It could be selling driven by a rotation out of expensive tech stocks into the smaller and less market-driving value issues," he said.

Jim Caron, head of global macro strategies at Morgan Stanley Investment Management, said one issue for the market was that the rate move took investors by surprise. "It was really the speed at which it happened that made everybody worried," he said, noting the move this past week was distinguished by the fact it was also in shorter duration securities, such as the 5-year note.

"Basically the market was testing the Fed's resolve of keeping rates low for a long time," said Caron. "They have to make sure the markets understand they are seriously on this course to make sure we get a full and robust recovery, but also they don't want to be so dovish that all of a sudden we price in all kinds of inflation expectations ... and rates go up just on that."

"They want to see a rise in rates for a good reason," he said.

Other data in the week ahead includes ISM manufacturing data Monday and Thursday's jobless claims, important after an unexpected decline in the past week's data.

Earnings season is winding down, but retailers will be reporting, with Target, Kohl's and Nordstrom on Tuesday, and Costco and BJ's Warehouse on Thursday.

The annual CERAWeek energy conference runs all week long, and includes presentations from industry officials from Saudi Aramco, Chevron, ConocoPhillips, Total and others. The conference has been a mainstay for the oil industry for more than three decades.