The Soaring Billionaire Economy Is Squeezing the Private Jet Market

Private jet demand is booming — to the extent that companies can't produce them quickly enough and buyers are facing extended wait periods for deliveries.

Even secondhand business jets are vanishing from the market. 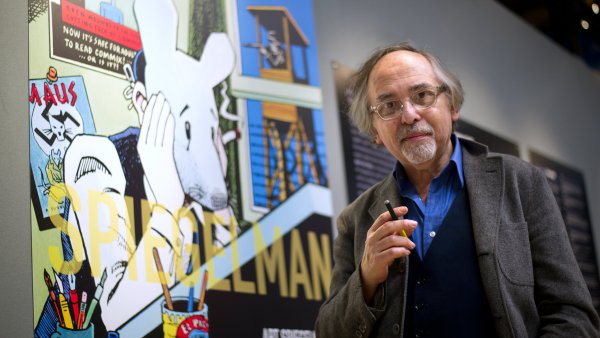 "If you look at today compared to 2019, the market has almost exploded," John Schmidt, global aerospace and defense industry lead at consultancy Accenture, told CNBC at the Dubai Air Show.

The pandemic has converted a lot of travelers to private flying, many for the first time. But analysts say the trend is primarily attributable to a wealth boom in the last year and a half, specifically at the top echelons of society as more companies go public, the stock market hits record highs and spenders enjoy an extended period of low interest rates.

Business jet take-offs and landings in the U.S. are up 40% year-on-year — and at their highest point since before the 2008 financial crisis, according to Morgan Stanley.

Public listings by companies in the U.S. have already hit record highs in 2021. Data from Jefferies Equity Research shows that as IPO activity climbed, the volume of business jet deliveries rose in correlation with it.

The market is also drawing in individual buyers looking for safer and more exclusive travel that guarantees greater reliability than commercial flying, which has been hampered by Covid-19 travel regulations.

Amid the rise in demand in the high-end industry and rising inflation, prices of both new and used jets are are seeing their highest levels in years.

Inventory of used jets — the proportion of aircraft for sale versus the number of said aircraft in existence globally — is at record lows, around or below 3% for most major jet manufacturers including Cessna, Dassault, Gulfstream, Bombardier and Embraer, Jefferies says.

Private flight activity is not only up in the U.S. but also 20% higher in Europe, Schmidt said. "Things are really tight in used business jet aircraft, inventories the lowest we've seen in years, and yet prices are 20 to 30% higher," he added. "So it's a really hot market right now."

First-time entrants to the private jet market now make up over 30% of buyers, according to a recent report by Goldman Sachs. For Embraer Chief Commercial Officer Stephen Friedrich, what stands out is the growth in consumer base.

"The addressable market right now for business jets has expanded. The pie has gotten bigger," Friedrich said. "And the result is from continued wealth creation of over 12% when you take a look at the billionaires in the world, but also from what was traditionally Fortune 100 and large private companies."

"People are looking for ways to become more productive, more certain in the missions that they have to perform," he added, describing business aviation as a "productivity tool."

"Can you fly direct from New York City to Muscle Shoals, Alabama, on a commercial flight? No," Friedrich said. For the companies or individuals with the wealth to own a business jet, journeys that would take a full day of travel are reduced to a few hours.

Private jet charter company VistaJet reported a 29% increase in new members over the past year, with 71% of new requests coming from passengers who did not regularly use private aviation before.

It also found that more that half of its new private aviation users — 53% — will keep flying privately on a regular basis post-pandemic.

Wealth creation since the pandemic has been starkly unequal, with U.S. billionaires getting approximately 62% richer – gaining more than $1.8 trillion– since March of 2020, according to U.S. think tank the Institute for Policy Studies.

Private jets were a fairly common sight at the COP26 climate summit in November, drawing intense criticism from environmental activists, who say that 1% of air travelers are responsible for 50% of the industry's carbon emissions.

A recent report by the European campaign group Transport & Environment found that private jets are 5 to 14 times more polluting per passenger than commercial planes and that in one hour, a single private jet can emit two tons of CO2. The group also found that in Europe alone, CO2 emissions from private jets increased by 31% between 2005 and 2019, outpacing the growth in commercial jet emissions.

Executives in the industry say that sustainability is becoming a key priority for their businesses. Embraer has made a pledge to reach net-zero carbon emissions by 2040, and charter business jet provider VistaJet aims for the same by 2050.

To this end, some carriers are starting to use sustainable aviation fuels, or SAF, which generate 80% less CO2 emissions over its full life cycle than fossil fuels. But the pickup has been slow so far.

"I see (SAF) as being the next step in sustainability for business aviation, followed by new programs, new engines, and the continuation of technologies to drive sustainability," Schmidt said.

There are 3.7 billion gallons of SAF in forward purchase agreements, according to the International Air Transport Association. Twenty six million gallons of SAF will be produced in 2021, and some 45 airlines have experience using the fuels. More than 370,000 flights have been made using SAF since 2016.

The coming years will tell whether companies' promises result in long-term change. But given the spike in private flying, which industry analysts expect to continue, any substantial reduction in the damage it causes is likely a long way away.