Senate Minority Leader Mitch McConnell told his Republican colleagues in an email on Saturday that he will vote to acquit Donald Trump in the former president's second impeachment trial.

"While a close call, I am persuaded that impeachments are a tool primarily of removal and we therefore lack jurisdiction," McConnell wrote. The Kentucky Senator also noted that criminal misconduct by a president while in office can be prosecuted after the president exits office. 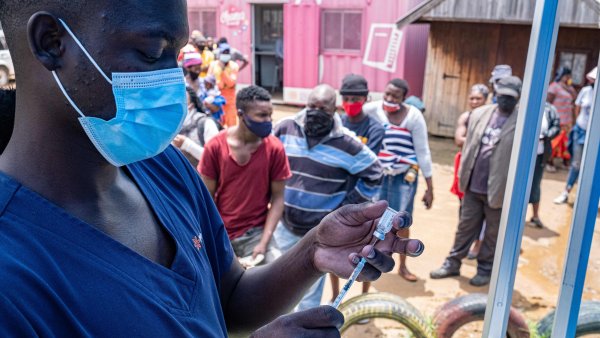 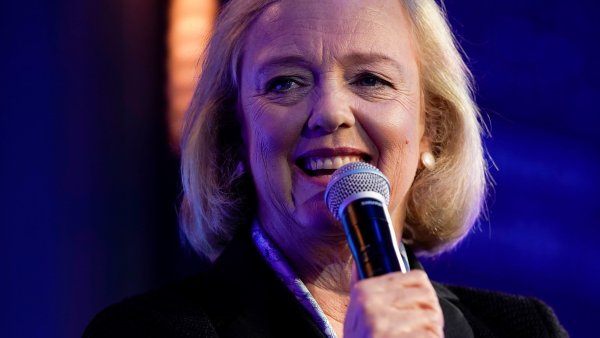 McConnell had declined to start the impeachment trial before President Joe Biden was inaugurated, saying that there wasn't enough time. McConnell said in his email that he stills views the verdict as a "vote of conscience."

The final vote on whether to convict Trump was expected to come as soon as Saturday afternoon, less than a week after the trial began and one month after the House impeached Trump on one article of inciting the Jan. 6 insurrection at the U.S. Capitol.

Senators on Saturday morning initially voted 55 to 45 in favor of calling witnesses in the trial, an unexpected development that would have likely delayed the verdict. The Senate then reversed course and will now move forward to finish the trial without witnesses.

Democrats need two thirds of the Senate to vote for conviction, meaning at least 17 Republicans would have to vote with all Democrats and independents to convict Trump. Only six out of 50 Republican senators were convinced that the trial should be held at all.

All Democratic Senators voted to hear witnesses along with five Republicans: Susan Collins of Maine, Lindsey Graham of South Carolina, Lisa Murkowski of Alaska, Mitt Romney of Utah and Ben Sasse of Nebraska.

The call for witnesses came after more details were revealed Friday night about an expletive-laden argument between House GOP Leader Kevin McCarthy and Trump in a phone call as the Capitol riot was unfolding, in which Trump appeared to side with rioters and said they were more "upset" over the election results than McCarthy.

"One way to clear it up? Suspend trial to depose McCarthy and Tuberville under oath and get facts," Whitehouse wrote in a tweet. "Ask Secret Service to produce for review comms back to White House re VP Pence safety during siege. What did Trump know, and when did he know it?"

During the trial, Rep. Jamie Raskin, D-Md., the lead impeachment manager, called to subpoena Rep. Herrera Beutler, R-WA, to depose her on her statement regarding her communications with McCarthy.

Trump lawyer Michael van der Veen responded by saying "we should close this case out today" and that the call to subpoena witnesses shows the House didn't properly investigate the riots.

Bruce Castor, one of Trump's defense lawyers, said on Saturday that he'll call "lots" of witnesses. The Senate is still working out next steps, as the process to depose witnesses could take days or even weeks.

The trial has been unprecedented in a variety of ways. No president before Trump has ever been impeached and tried twice, and no Senate trial has ever been held for a former president. If the proceedings conclude this weekend as expected, it will be the shortest impeachment trial on record.

Also remarkable is that senators, acting as the jury in the trial, are themselves witnesses to the very events that prosecutors say Trump incited.

The break-in at the Capitol forced a joint session of Congress to evacuate their chambers, derailing the process of confirming President Joe Biden's Electoral College victory. Five people, including a U.S. Capitol police officer, died as a result of the attack.

Before the siege began, Trump held a rally outside the White House, telling a crowd of his supporters to march to the Capitol to protest the results of the election and pressure Republicans, including then-Vice President Mike Pence, to challenge those results.

"If you don't fight like hell you're not going to have a country anymore," Trump said at the rally, one of many statements from before, during and after the riot that Democrats seized on as evidence of incitement.

Nine House Democrats, selected to serve as impeachment managers in the trial, argued that Trump bears direct responsibility for the invasion. Led by Rep. Jamie Raskin, D-Md., the managers over the course of two days laid out their case for Trump to be convicted and disqualified from ever holding federal office again.

Trump had planted the seeds for the attack over the course of months, they argued, by relentlessly spreading the "big lie" that the 2020 election had been stolen through widespread voter fraud. The managers said that Trump had framed his Jan. 6 "Stop the Steal" rally as a final stand to reverse the outcome of the election, then whipped up his followers and directed them to the Capitol.

"He had assembled thousands of violent people, people he knew were capable of violence, people he had seen be violent," House manager Madeleine Dean said in the trial. "And then he pointed to us, lit the fuse and sent an angry mob to fight the perceived enemy — his own vice president and members of Congress — as we certified an election."

Their presentation included never-before-seen video and audio evidence, including security footage inside the Capitol that showed lawmakers running to safety away from the mob.

Trump's attorneys denied that the former president incited the attack, placing special focus on his use of the words "peacefully and patriotically" during his speech at the pre-riot rally. Trump's rhetoric, they said, was entirely protected speech under the First Amendment, and was no worse than what Democrats have said in the past.

The defense team took issue with the trial procedures, as well. They argued that the impeachment trial itself was unconstitutional, because Trump was a private citizen and no longer president. They also said that the trial had been rushed and deprived Trump of due process rights.

Van der Veen warned that the trial would "transform" Congress' impeachment power into "a mechanism for asserting government control over which private citizens are and are not allowed to run for president."

They began their presentation on Friday at noon; they wrapped up less than three hours later, despite being given up to 16 hours to make their case.

Trump's legal lineup was revealed less than two weeks before the first day of the trial, when the Senate convened to consider and vote on whether it had jurisdiction to try the former president.

Castor received scathing reviews from Democrats and Republicans alike after delivering a meandering, tangent-ridden argument. Sen. Bill Cassidy, a Republican who had previously voted to dismiss the trial on constitutional grounds, voted with the Democrats after listening to Trump's lawyers.

That trial, in which the Senate considered articles of abuse of power and obstruction of Congress related to Trump pressuring Ukraine to investigate Biden and his son, lasted almost three weeks — reportedly the shortest in U.S. history.

If Trump's second trial ends Saturday, it will have lasted for five days.