Kimberly Rubio broke down in tears as she described her 10-year-old daughter Lexi to a room full of lawmakers who are weighing tighter gun laws following the massacre in Uvalde, Texas, that took Lexi's life along with 18 of her classmates and two teachers.

"We don't want you to think of Lexi as just a number. She was intelligent, compassionate and athletic. She was quiet, shy unless she had a point to make," Rubio said Wednesday, crying next to her husband Felix at a hearing before the House Oversight and Reform Committee.

Parents, law enforcement and one of Lexi's classmates who survived that May 24 mass shooting testified before Congress about the Texas massacre as well as one in Buffalo, New York, last month that left a combined 31 Americans dead and horrified the nation as the latest examples of mass shootings carried out by lone teenage gunmen.

"We understand that for some reason, to some people — to people with money, to people who fund political campaigns — that guns are more important than children," Rubio continued. "Somewhere out there, there is a mom listening to our testimony thinking, 'I can't even imagine their pain,' not knowing that our reality will someday be hers. Unless we act now."

Robb Elementary student survivor Miah Cerrillo, 11, told lawmakers she covered herself in a friend's blood and played dead during the May 24 shooting in Uvalde.

He "shot my teacher. Told my teacher, 'Good night,' and shot her in the head. And then he shot some of my classmates and the whiteboard," Cerrillo said in a recorded question-and-answer sequence submitted as testimony. "He shot my friend who was next to me, and I thought he was going to come back to the room, so I got a little blood and I put it all over me." 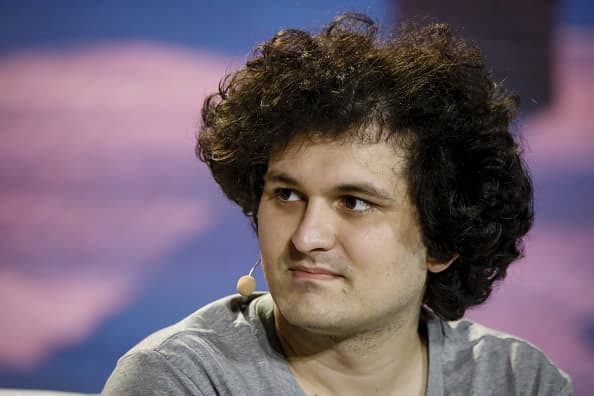 Asked if she feels safe at school, Cerrillo shook her head no. Pressed why not, she replied: "Because I don't want it to happen again."

Zeneta Everhart, mother of 20-year-old survivor Zaire Goodman, detailed the injuries suffered by her son on May 14, when an 18-year-old gunman carried out a racist rampage at a supermarket in Buffalo.

"To the lawmakers who feel that we do not need stricter gun laws: Let me paint a picture for you," Everhart said in her testimony. "My son Zaire has a hole in the right side of his neck, two on his back and another on his left leg caused by an exploding bullet" from an AR-15 assault rifle.

"I want you to picture that exact scenario for one of your children," she continued. "This should not be your story or mine."

Gramaglia praised retired Buffalo police officer Aaron Salter Jr., who shot — but was unable to stop — the 18-year-old gunman who used an AR-15 to kill 10 people in a predominantly Black neighborhood in Buffalo. Salter was among those shot to death.

"It is often said that a good guy with a gun will stop a bad guy with a gun. Aaron was the good guy and was no match for what he went up against: A legal AR-15 with multiple high-capacity magazines" the Buffalo police commissioner told lawmakers.

"Assault weapons like the AR-15 are known for three things," he continued, "how many rounds they fire, the speed at which they fire those rounds and body counts."

Swearer, a legal fellow at The Heritage Foundation, represented views supported by many Republicans, who in general oppose new laws that would make it far more difficult to own assault rifles or high-capacity magazines.

She said the vast majority of mass shooters are 21 or older, criticizing what she categorized as an erroneous, knee-jerk reaction among Democrats to push for sweeping regulations after each mass shooting.

"Semi-automatic rifles are the type of firearm least often used to commit acts of gun violence," Swearer said. "The context in which mass shootings occur renders magazine limits effectively useless at saving lives. Eighteen to 20-year-olds are legal adults otherwise endowed with all of the rights and duties of citizenship including the right to keep and bear arms."

The hearing comes just hours before the broader chamber is expected to vote on a suite of stricter gun laws collectively known as the Protecting Our Kids Act.

The Democratic House will seek to pass legislation Wednesday afternoon that raises the age at which a person could purchase an assault rifle to 21 from 18, outlaw the sale of large-capacity magazines and create new rules for storing firearms at homes.

Even if House Democrats are able to muscle that bill through the chamber, the move would be symbolic since Senate Republicans are united against it.

Instead, a bipartisan group of senators including Chris Murphy, D-Conn., and John Cornyn, R-Texas, are holding private discussions on far-less-restrictive gun legislation that stands a better chance of reaching President Joe Biden's desk.

Biden met with Murphy on Tuesday to discuss his progress in Senate deliberations hours before actor and Uvalde native Matthew McConaughey delivered an impassionate speech for tighter gun laws in a White House press briefing.