What to Watch Today: Dow Set to Bounce, Helped by Gains in J&J Shares on Split Plans

The U.S. bond market opened back up Friday after the Veterans Day holiday, with the 10-year Treasury yield flat, following this week's gains after hot inflation data. The government is out with its Job Openings and Labor Turnover Survey at 10 a.m. ET. JOLTS in September is expected to show employment vacancies dropping to 10.2 million after the prior month's 10.4 million, fueled by record quits.

J&J shares rose roughly 3% in the premarket after the health-care giant announced Friday it's splitting into two publicly traded companies: one focused on consumer products, such as Band-Aid bandages and baby powder, and the other focused on medical devices and pharmaceuticals, including its Covid vaccine (CNBC)

Shares of Rivian Automotive (RIVN) rose nearly 4% in Friday's premarket, a move that would add to the newly public electric vehicle maker's two-day gain of 57%. Since Wednesday's debut, Rivian's market value has climbed to $105 billion and CEO R.J. Scaringe's stake in the company he founded in 2009 was valued at $2.2 billion. (CNBC)

Rivian, which has Amazon (AMZN) and Ford (F) as backers, pales in comparison to Tesla's more than $1 trillion market value. Elon Musk, worth more than $275 billion, took a shot at his rival Thursday, saying high production and break-even cash flow will be the true test for Rivian. (CNBC) 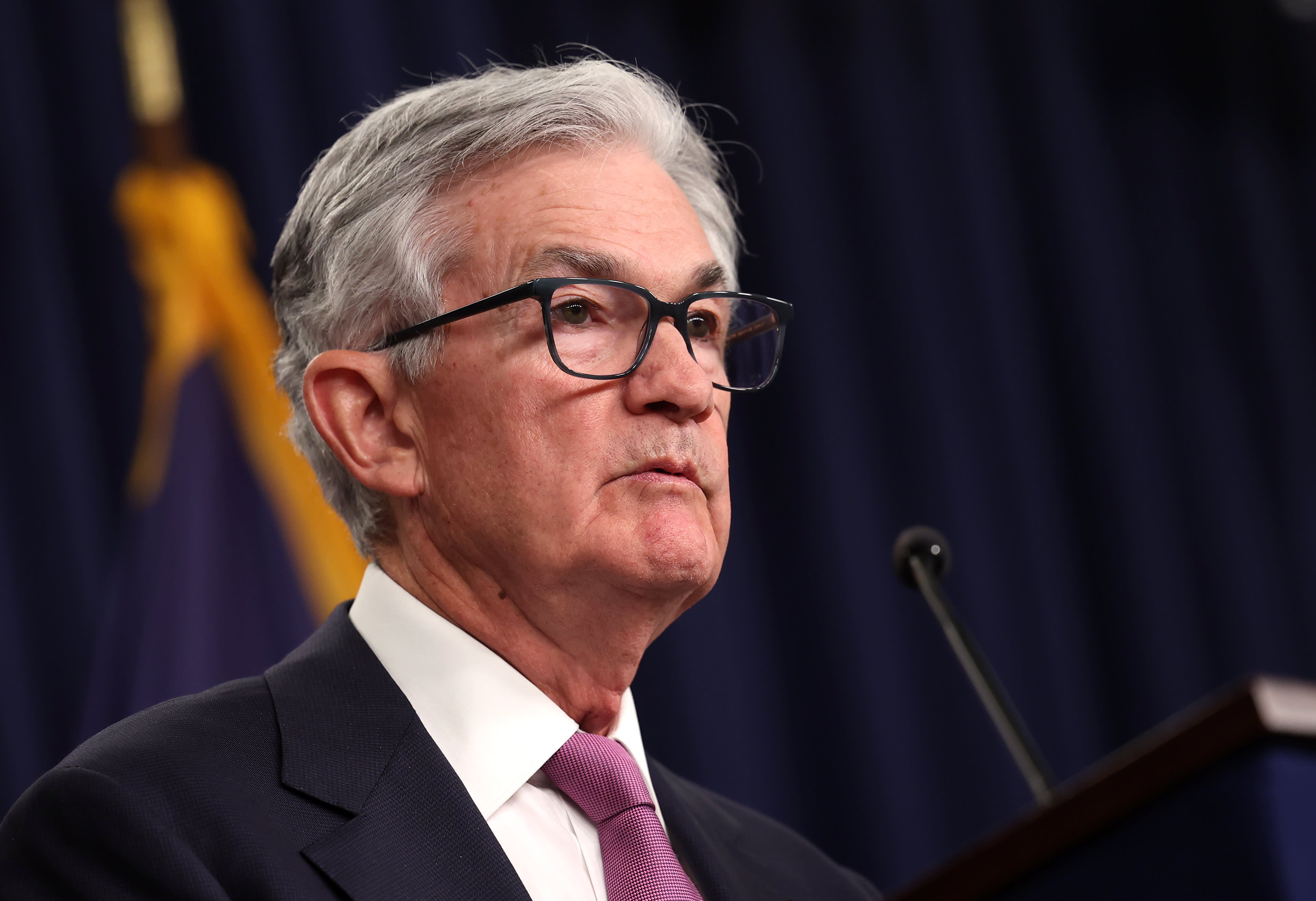 Fed Chief Powell Says the the Disinflationary Process Has Begun, But Has a Long Way to Go 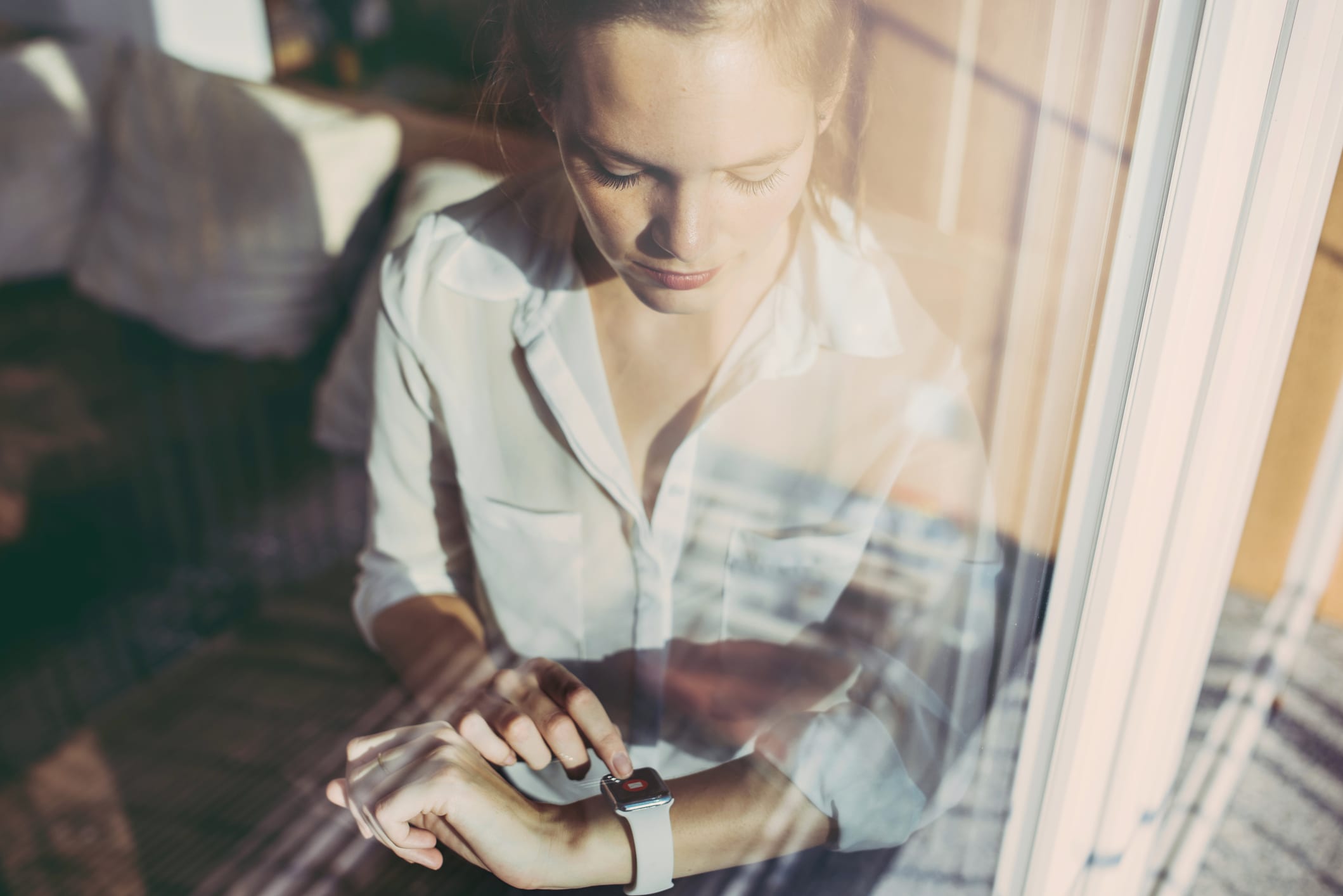 Xi took another step to solidify his hold on China, the world's second-largest economy, and to advance his vision for a strong Chinese Communist Party-dominated system. On Thursday, he joined the ranks of Mao Zedong and Deng Xiaoping as the country's third leader to oversee a "historical resolution" at the close of the widely watched meeting of the CCP. (CNBC)

Party officials called Xi a "helmsman" and a "people's leader" on Friday, in a show of support for his continuing leadership. Those terms were descriptions used more than 50 years ago during the cult of personality surrounding Mao. Xi and U.S. President Joe Biden are expected to hold a virtual meeting Monday. (Reuters)

Lordstown Motors (RIDE) plummeted 10% in premarket trading on Friday after the company reported another quarter with no revenue. Lordstown said it plans to produce and deliver its Endurance truck in the third quarter of 2022. The company's loss per share was narrower than expected in its most recent quarter, according to Refinitiv. BTIG also downgraded Lordstown Motors to neutral from buy.

WM Technology (MAPS) was 16% lower in premarket trading on Friday after missing on the top and bottom lines of its quarterly results. WM Technology's fourth-quarter guidance also came in under expectations.

Nvidia fell slightly in premarket trading on Friday after Wedbush downgraded Nvidia to neutral from outperform on valuation. The Wedbush analyst is struggling to justify Nvidia trading 55x the firm's 2024 numbers.

Hewlett Packard Enterprise (HPE) ticked lower in premarket trading on Friday after Goldman Sachs downgraded the stock to sell from neutral, citing a weakening IT spending environment in late 2021 and early 2022. The Wall Street firm cut its price target to $14 per share from $16 per share.

Blink Charging (BLNK) rose 5% in premarket trading on Friday as investors cheered strong third-quarter revenue. The company reported $6.4 million in revenue, well ahead of the $4.7 million expected by analysts, according to Refinitiv.

Warby Parker fell in premarket trading on Friday after the company reported wider-than-expected losses as direct listing costs offset 32% sales growth. Warby's net loss for the three-month period ended Sept. 30 widened to $91.1 million, or $1.45 per share, compared with a loss of $41.6 million, or 78 cents a share, a year earlier.

A video published by Inspired by Iceland, a marketing campaign for Icelandic tourism, takes aim at a Mark Zuckerberg video released in October announcing Facebook's name change to Meta (FB). In it, Zuckerberg hypes the so-called "metaverse." Icelandic tourism authorities seem to think they can offer something better. (CNBC)