What to Watch Today: Futures Jump on Hopes of Progress in Russia-Ukraine Talks

U.S. stock futures, while off premarket highs, rose on Friday on hopes of progress in Russia-Ukraine ceasefire talks. The 10-year Treasury yield was holding around 2%. U.S. oil prices trimmed early gains to around $107 per barrel. (CNBC)

New satellite images appear to show that a large Russian convoy approaching Kyiv has been redeployed to towns and forests outside the city, potentially signaling a renewed push to bear down on the Ukrainian capital. (CNBC)

As of Thursday's lower close, the Dow Jones Industrial Average, the S&P 500 and the Nasdaq were all heading for another losing week. West Texas Intermediate crude, the American oil benchmark, was tracking to snap a two-week winning streak. (CNBC & AP)

With the invasion now in its third week, the U.S. and its allies prepared to step up their efforts to isolate and sanction Russia. According to media reports, President Joe Biden on Friday, along with the European Union and the G-7, will move to revoke Russia's most favored trading status. (Reuters)

Friday marks two years since Covid was declared a pandemic on March 11, 2020. Since the novel coronavirus was found in China in 2019, there have been more than 450 million global infections and over 6 million deaths, with more than 15% of each in the U.S., according to Johns Hopkins University data. (CNBC)

Though the raging wave of omicron cases has subsided and more than 250 million people in the U.S. have received at least one dose of Covid vaccine, according to the CDC, health officials are warning Americans not to get complacent. 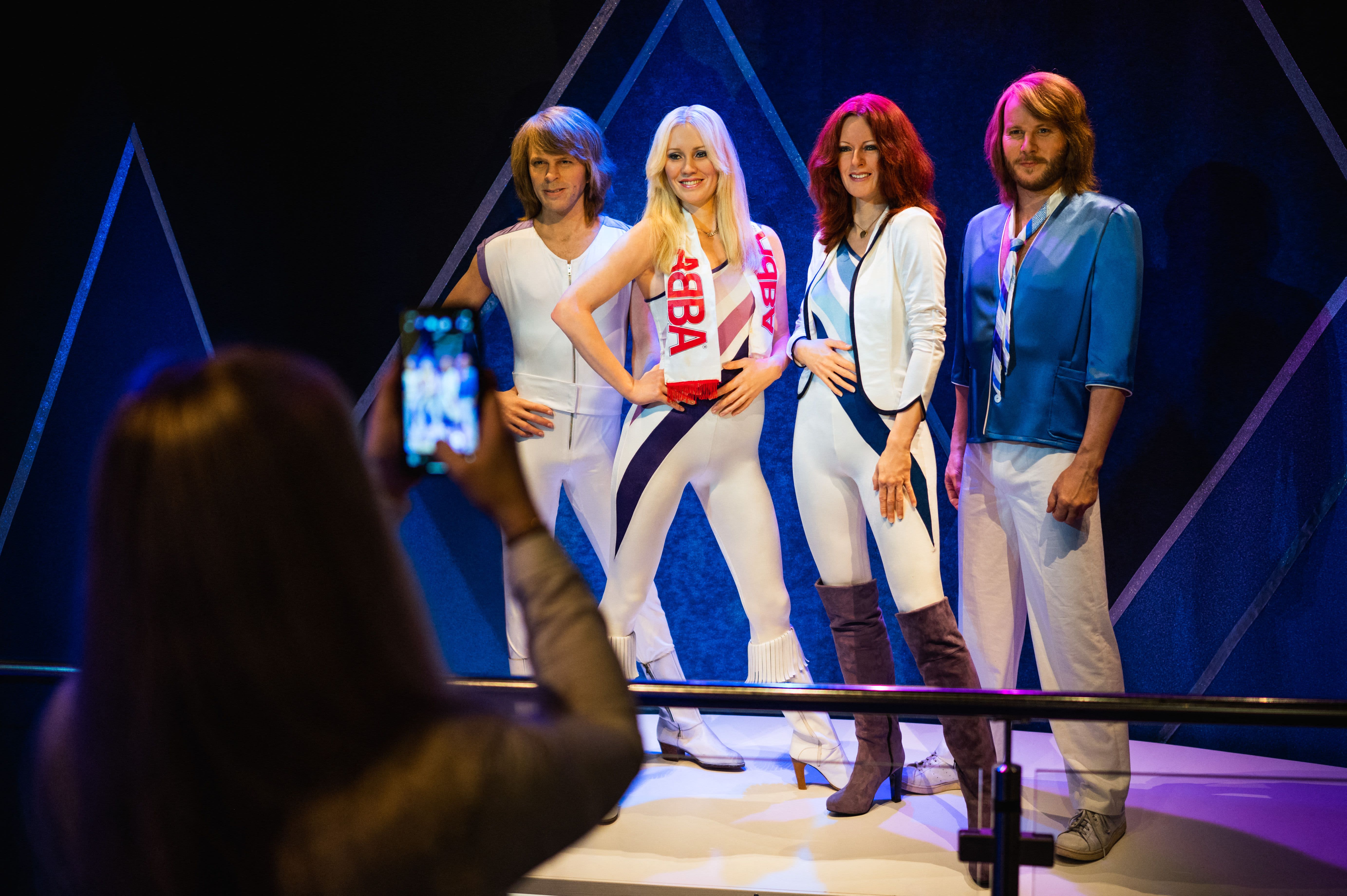 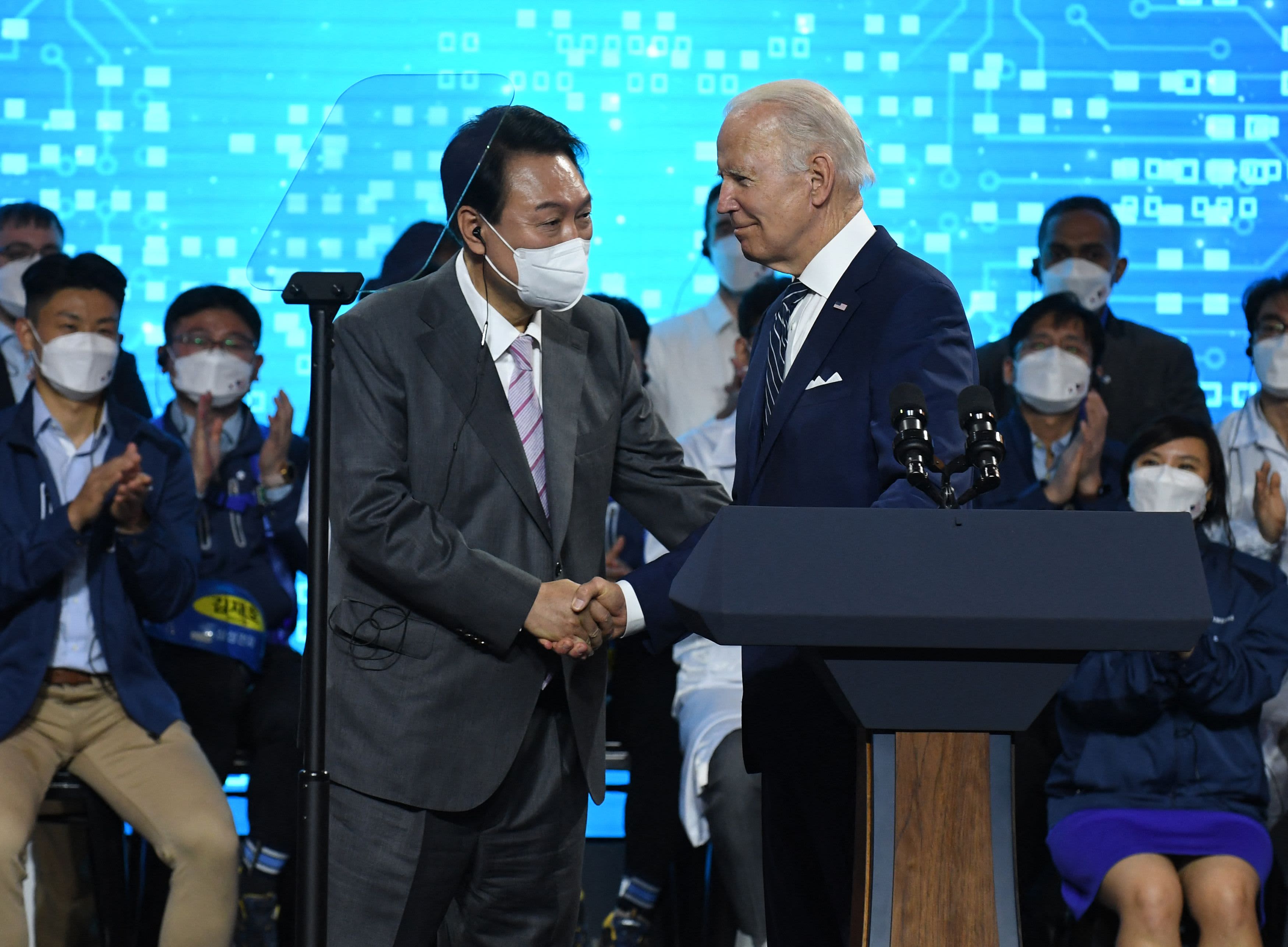 ‘The Next Era of Humanity's Technological Development': U.S. and Its Asian Allies Get Serious About Semiconductors

Ford (F) will collaborate with Pacific Gas and Electric Co. in California to evaluate the bidirectional charging capabilities of the electric F-150 Lightning to power homes and return energy to the power grid. The move comes days after PG&E announced a pilot program with General Motors (GM). (CNBC)

Rivian (RIVN) fell 8.5% in premarket action after the electric vehicle maker reported a wider than expected loss, and said supply chain issues would limit its factory output this year. Rivian said reservations for its vehicles have reached about 83,000 as of March 8, up from 71,000 in December. (CNBC)

Major League Baseball and the players union have reached a labor deal that would pave the way for spring training games to begin, with Opening Day in early April. It also ushers in some changes, including a designated hitter in the National League, nearly 50 years after it was adopted in the American League. (CNBC)

Oracle (ORCL) fell 2.3% in the premarket after its adjusted quarterly profit of $1.13 per share fell 5 cents shy of estimates. Revenue was in line with forecasts. Oracle continues to see progress in shifting its customers to the cloud, with cloud revenue jumping 24% compared with a year ago.

Uber Technologies (UBER) rose 1.6% in premarket action after Deutsche Bank initiated coverage with a "buy" rating and a $50 price target. Deutsche Bank points to Uber's leading position in a fast-growing market as well as an attractive entry point for the stock.

Pearson (PSO) spiked 20% in premarket trading after private equity firm Apollo said it was in the preliminary stages of evaluating a possible cash offer for Pearson. Apollo said there was no certainty an actual offer would be made.

DiDi Global (DIDI) plunged 12.7% in the premarket following a Bloomberg report that the ride-hailing company was suspending plans to list its shares in Hong Kong. People familiar with the matter said Didi failed to meet demands by China regulators that it overhaul its handling of sensitive user data.

Toyota Motor (TM) slipped 1.7% in the premarket after saying it would cut production by up to 20% in April, May and June as it seeks to ease the strain on its suppliers, who are struggling to provide computer chips and other parts.

DocuSign (DOCU) reported adjusted quarterly earnings of 48 cents per share, 1 cent above estimates, with revenue also coming in above Street forecasts. However, the shares tumbled 17.5% in the premarket after DocuSign issued weaker-than-expected guidance for the full year.

Ulta Beauty (ULTA) rose 2.6% in the premarket after reporting better-than-expected profit and revenue for its latest quarter. Comparable-store sales also beat forecasts with a 21.4% increase, and Ulta announced a new $2 billion share buyback.

Blink Charging (BLNK) reported a wider-than-expected quarterly loss even as sales beat analyst estimates. The company said it continues to see strong momentum as the business community and government agencies continue to promote the benefits of a reliable EV infrastructure. Blink's shares slid 6.1% in premarket trading.