What to Watch Today: Wall Street Under Pressure After Dow's Record Close

Dow futures pointed to a more than 150 point drop at Tuesday's open after two stocks in the index, Home Depot (HD) and Walmart (WMT), reported strong earnings but saw mixed stock moves. The Dow jumped 470 points on positive Covid-19 vaccine data from Moderna, closing Monday at a record high and less than 50 points away from hitting 30,000 for the first time ever. (CNBC)

Tesla (TSLA) was on track to be the big winner of the day, with shares soaring more than 12% after Monday's announcement that the electric-auto maker will be added to the S&P 500 before trading on Monday, Dec. 21. (CNBC) 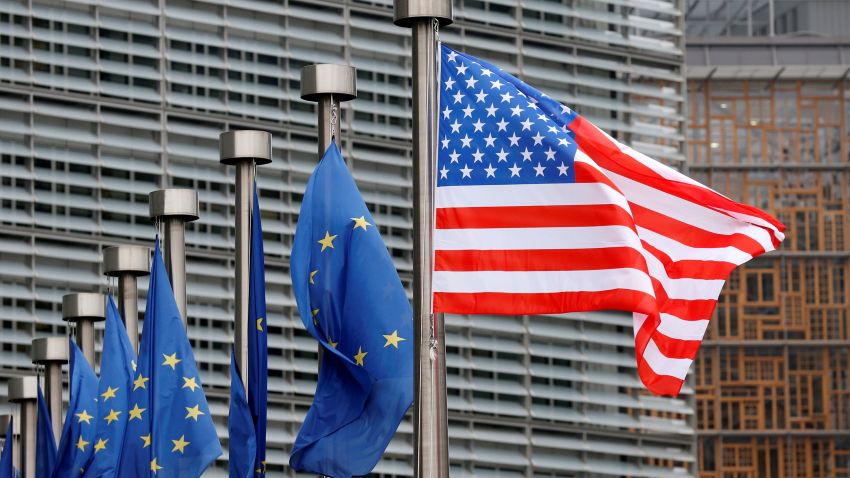 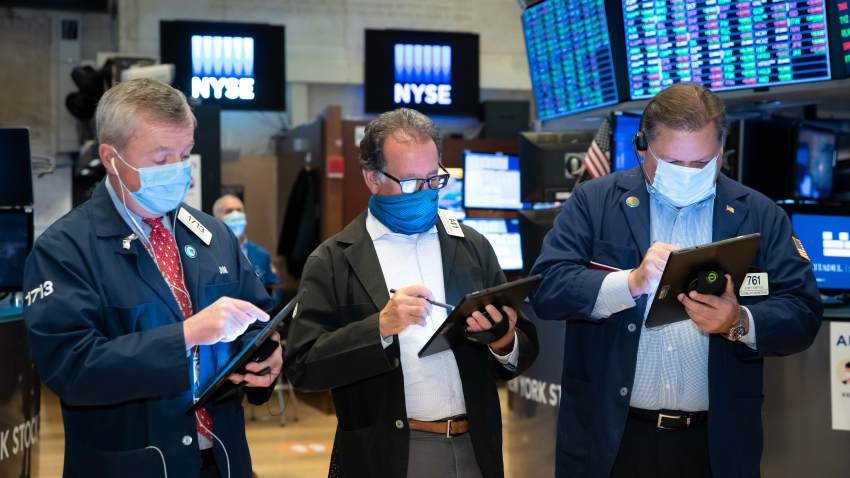 Shares of Home Depot fell 2% in the premarket despite the company Tuesday reporting third-quarter earnings and revenue that beat estimates as consumers continued to focus on home improvement during the coronavirus pandemic. Sales surged 24%. Brian Nagel, senior analyst at Oppenheimer, on CNBC attributed the stock move to concerns that Home Depot's gains during the Covid-19 crisis may not be sustainable. (CNBC)

Shares of Walmart rose about 1% in the premarket after the retailing giant Tuesday reported better-than-expected third-quarter earnings and revenue, with U.S. e-commerce sales soaring by 79%. Total revenue grew by 5%. Walmart has been one of the beneficiaries of stay-at-home trends during the pandemic as people stockpile groceries and cleaning supplies and buy things to pass the time, from puzzles to bicycles. (CNBC)

President-elect Joe Biden said that "more people may die" from Covid-19 if the Trump administration fails to begin coordinating on how to vaccinate more than 300 million Americans. As President Donald Trump disputes the election result, the White House has stonewalled the transition process, including work on combating the coronavirus' third spike of the pandemic. (CNBC)

As federal officials freeze out Biden, states from California to Pennsylvania are again ramping up Covid-19 mitigation measures, hoping to slow the record-setting resurgence of cases heading into the busy Thanksgiving travel season. The seven-day average of new daily U.S. infections topped 150,000 for the first time, with 29 states reporting their worst stretch of cases. As of Monday, a record 73,014 people were hospitalized with Covid-19.

Pfizer (PFE) launched a pilot delivery program for its Covid-19 vaccine candidate in four states, as it seeks to address distribution issues. The Pfizer vaccine needs to be stored at negative 94 degrees Fahrenheit, significantly colder than most vaccines. (CNBC)

A hearing on the Trump campaign's federal lawsuit seeking to prevent Pennsylvania officials from certifying the vote results remains on track for Tuesday after a judge quickly denied the campaign's new lawyer's request for a delay. (AP)

Amazon (AMZN) announced Tuesday that it's entering the pharmacy business with a new offering called Amazon Pharmacy. It allows customers in the United States to order prescription medications for home delivery, including free delivery for Amazon Prime members. The company has been quietly building out its pharmacy business for several years after ramping up internal discussions in 2017 and acquiring PillPack in 2018. (CNBC)

The CEOs of Facebook and Twitter are set to testify at a Senate Judiciary Committee hearing Tuesday. Facebook's Mark Zuckerberg and Twitter's Jack Dorsey, appearing by video, will be questioned about the actions at their social networks around the presidential election. Facebook and Twitter have both put misinformation labels on some unfounded posts from Trump. (AP)

Airbnb released its prospectus to debut on public markets. The company made $219 million in net income on revenues of $1.34 billion last quarter. That was down nearly 19% from $1.65 billion in revenue a year prior. Despite primarily turning in net losses, Airbnb has had other occasional quarters of profitability. (CNBC)

Costco (COST) declared a $10 a share special dividend, payable to shareholders of record as of the close of business on Dec. 2. It's the fourth time in eight years that the warehouse retailer has paid a special dividend.

NXP Semiconductor (NXPI) has entered into a strategic partnership with Amazon's cloud computing unit, designed to help cars communicate with data centers. NXP is one of the biggest suppliers of chips to automakers.

GameStop (GME) is being pushed to conduct a strategic review by Chewy (CHWY) co-founder Ryan Cohen, who holds a nearly 10% stake in the videogame retailer. Cohen sent a letter to GameStop's board saying the company's business model is outdated and wants it to reduce the number of brick-and-mortar stores.

SmileDirectClub (SDC) lost 11 cents per share for its latest quarter, smaller than the 14 cents a share loss that Wall Street was expecting. The dental aligner maker's revenue also topped forecasts. The company said it is seeing broader acceptance of telehealth in general and teledentistry in particular.

Mondelez (MDLZ) and private-equity firm JAB will sell a total of 60 million Keurig Dr Pepper (KDP) shares, in a move that reduces Mondelez's stake in the beverage company to 8.4%.

Some 17 months after Scooter Braun's Ithaca Holdings acquired Big Machine Label Group and all of its recorded music assets, sources tell Variety the veteran manager and entrepreneur has sold the master rights to Taylor Swift's first six albums. "This was the second time my music had been sold without my knowledge," Swift said. (Variety & USA Today)