Derek Hay, the owner of LA Direct Models in Los Angeles, is named in a complaint filed with the California Labor Commissioner's Office in June.

"Most egregiously, he coerces some of his performers into 'escorting' and then, should they seek to terminate their (illegal) contracts, threatens to 'out' them for performing illegal sex work," says the complaint. 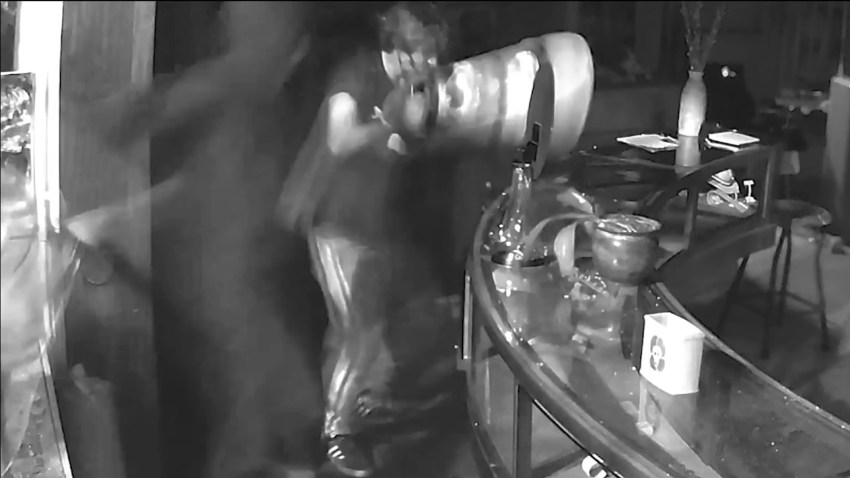 If they do not comply, Hay destroys their careers by refusing to book them for work, even if they have been requested specifically, it says.

Several actresses represented by LA Direct described to NBC how they were financially manipulated and funneled into prostitution by Hay in a 75-minute documentary produced by NBC.

Hay, during a hearing before the Labor Commissioner's Office, denied any wrongdoing and any connection to illegal escorting. Hay has declined to comment to NBC, but he posted a 50-minute video online after NBC published this story in which he denied forcing clients to perform sexual acts or funneling them into prostitution.

"Obviously, the question itself is offensive in nature," Hay said in the video to allegations that he coerced clients to perform sexual acts on him in exchange for better bookings or reducing or foregiving debt.

The women who brought the complaint are identified only as Jane Does 1 through 4. They say in the complaint that they fear retaliatory physical or mental harm and the ruin of their careers by a powerful industry insider.

NBC spoke to 26 current and former adult film performers and other agents who made allegations similar to those contained in the complaints to the Labor Commissioner's Office. Many said they were afraid to come forward because they feared retaliation.

Adria Rae signed up as a client of LA Direct Models and although she has not filed a complaint against Hay, she described similar experiences.

"It terrifies me that another young girl could fall victim to something like this," said Rae, using her screen name.

According to the complaint, the stigma against sex workers makes it difficult for actresses to seek legal help when they are subjected to harassment, coercion and other illegal conduct, despite the #MeToo movement.

"Yet, in these changing times, a small - brave - group of women have decided to come forward, risk their careers and their personal safety, in an effort to vindicate their rights as actors, and human beings, and to protect others," the complaint says.

Berg said that the #MeToo Movement had not made a huge difference in terms of performers' willingness to come forward and noted that performers had been criticizing Hay’s alleged practices for years.

"But it has made it easier for outsiders to hear those criticisms and place them into a familiar framework," Berg said.

"So when workers come forward about actually exploitative practices, outsiders assume it's normal, almost something workers sign up for when they enter the industry," she said.

The complaint accuses Hay of signing multi-year, multi-page contracts with his clients but then submitting only one page for approval by the Labor Commissioner's Office. He requires producers to pay more than his clients' agreed upon fees but fails to pay his clients their share, the women say.

They charge that Hay is affiliated with an illegal escort business called The Luxury Companion, allegedly owned by Dwight Cunningham and Karine Michmichian, and that they exchange secret referral fees. Hay has used The Luxury Companion to book sexual encounters with his own clients, they say.

"Hay, Cunningham and Michmichian are willfully involved in prostitution and sex trafficking," the complaints alleges.

They also accuse Cunningham of threatening and engaging in physical violence against those who challenge Hay, with Hay's knowledge and under his direction.

Earlier cases filed with the Labor Commissioner's Office contain some of the same charges. One woman accused Hay in 2017 of withholding at least $1,955 from her for three modeling engagements, which he denied. In October, Labor Commissioner Julie A. Su ordered Hay to pay her $3,500 in unpaid earnings and interest plus attorney fees. Another woman, in 2013, said Hay required her to provide escorting services. She said she later dropped her complaint because she was losing money.

Berg said that support for workers who try to organize could improve conditions in the pornography industry. Performers have attempted to unionize at different points over the last 30 years and have been met with employers fighting hard to quash their efforts, she said. Employment law must better fit the needs of independent contractors and not place the burden of enforcement on individual workers, she said. Finally, prostitution should be decriminalized and laws meant to fight sex trafficking — the Stop Enabling Sex Traffickers Act and Fight Online Sex Trafficking Act — should be overturned because they make it harder for performers to work independently and give power to abusive managers, she said.

Hadley Viscara is another Hay client who is speaking out but who also has not brought a formal complaint against him.

"Nobody should have to have sex with someone in power to get better work and to be treated better," said Viscara, who is also using her screen name. "And in this case you do."

"I’m speaking out now because there have been so many other girls who were in my exact same situation that couldn’t speak out," she said. "And his time is up."

Editor’s Note: Following publication, Dwight Cunningham told NBC that he does not own or run the Luxury Companion and he disputes that NBC attempted to contact him for comment in connection with this story.

An earlier version of this story misidentified the California Labor Commissioner's Office.

Noreen O'Donnell contributed to this story.