Jump in Hiring Fuels Optimism for US Economic Recovery

One year into the pandemic, most analysts are growing more optimistic that hiring will accelerate in the coming months

The February gain marked a sharp pickup from the 166,000 jobs that were added in January and the loss of 306,000 in December. Yet it represents just a fraction of the roughly 9.5 million that the economy must regain to return to where it was before the crisis.

Unemployment fell from 6.3% to 6.2%, the Labor Department reported Friday. That is down dramatically from 14.8% last April, just after the virus erupted in the United States. But it's well above the pre-pandemic rate of 3.5%.

In suggesting the economy is on the mend, the strong jobs report could complicate President Joe Biden’s struggle to push through his $1.9 trillion COVID-19 relief package, which passed the House and is before the Senate.

It would provide, among other things, $1,400 checks to most adults, more money for weekly unemployment benefits and another round of aid to small businesses at a time when many Americans have seen their income shrivel and have fallen behind on rent, mortgages and other bills.

“We’re always happy to see positive jobs numbers,” Brian Deese, Biden’s top economic adviser, said on CNBC. “What you’re seeing is that we still have a long way to go.”

For one thing, about 4 million people who have lost their jobs have stopped looking for work and so are not classified as unemployed. If they were included, along with a separate group that was misclassified as working, the unemployment rate would be 9.3%, according to Oxford Economics.

Still, one year after the pandemic triggered a sudden recession, economists are increasingly optimistic that hiring will accelerate in the coming months as Americans seize the opportunity to once again travel, shop, attend sporting events, go to the movies and eat at restaurants.

Households as a whole have accumulated a huge pile of savings as Americans slashed their spending. Much of that is expected to be spent once people feel more comfortable about going out.

Last month's job growth was driven by a steady recovery of bars, restaurants and hotels. Bars and restaurants, in particular, snapped back, adding 286,000 jobs as business restrictions eased in California and other states. This week, Texas joined some other states in announcing it will fully reopen its economy.

Also hiring last month were retailers, which added 41,000 jobs, health care companies, with 46,000, and manufacturers, with 21,000. On the other hand, construction companies shed 61,000 jobs, most likely in part because of the severe storms and power outages in Texas.

Stefan Coker, the owner of What's Pop-In, a gourmet popcorn company in Buffalo, New York, said people seem increasingly comfortable about shopping in person. His online sales are also growing, and he hopes to strike a deal with the grocery chain Wegman's to sell in those stores.

To meet growing demand, he is moving into a larger storefront with warehouse space, and he plans to hire two or three more workers in the coming months.

“I'm seeing a major difference now in in-store sales,” Coker said. “Walk-in traffic has doubled. It's been amazing to see.”

With the pandemic easing, he said, the company is also fielding more inquiries about custom bags for weddings and baby showers.

The virus has killed more than a half-million Americans. Deaths and new cases per day have plummeted over the past two months, though they are still running alarmingly high. The U.S. is averaging nearly 1,800 deaths and 62,000 newly confirmed infections per day.

The U.S. has administered over 82 million COVID-19 vaccine doses, according to the Centers Disease Prevention and Control. More than 21% of the nation's adults have received at least one shot, and close to 11% have been fully vaccinated.

“The best stimulus is vaccination,” said Constance Hunter, chief economist at KPMG. “My hope is that we don't backslide on the virus” as states reopen.

The job gains last month were sharply uneven. The unemployment rate among whites fell slightly, to 5.6%, and among Hispanics, to 8.5%. Among Asians it dropped to 5.1%. But for Black Americans it jumped from 9.2% to 9.9%.

Women fared slightly better than men, with unemployment dropping among women from 6.3% to 6.1%, while men's unemployment fell one-tenth of a percentage point to 6.3%. More women started looking for work, though millions of them have had to stop their job searches to care for children during the outbreak. 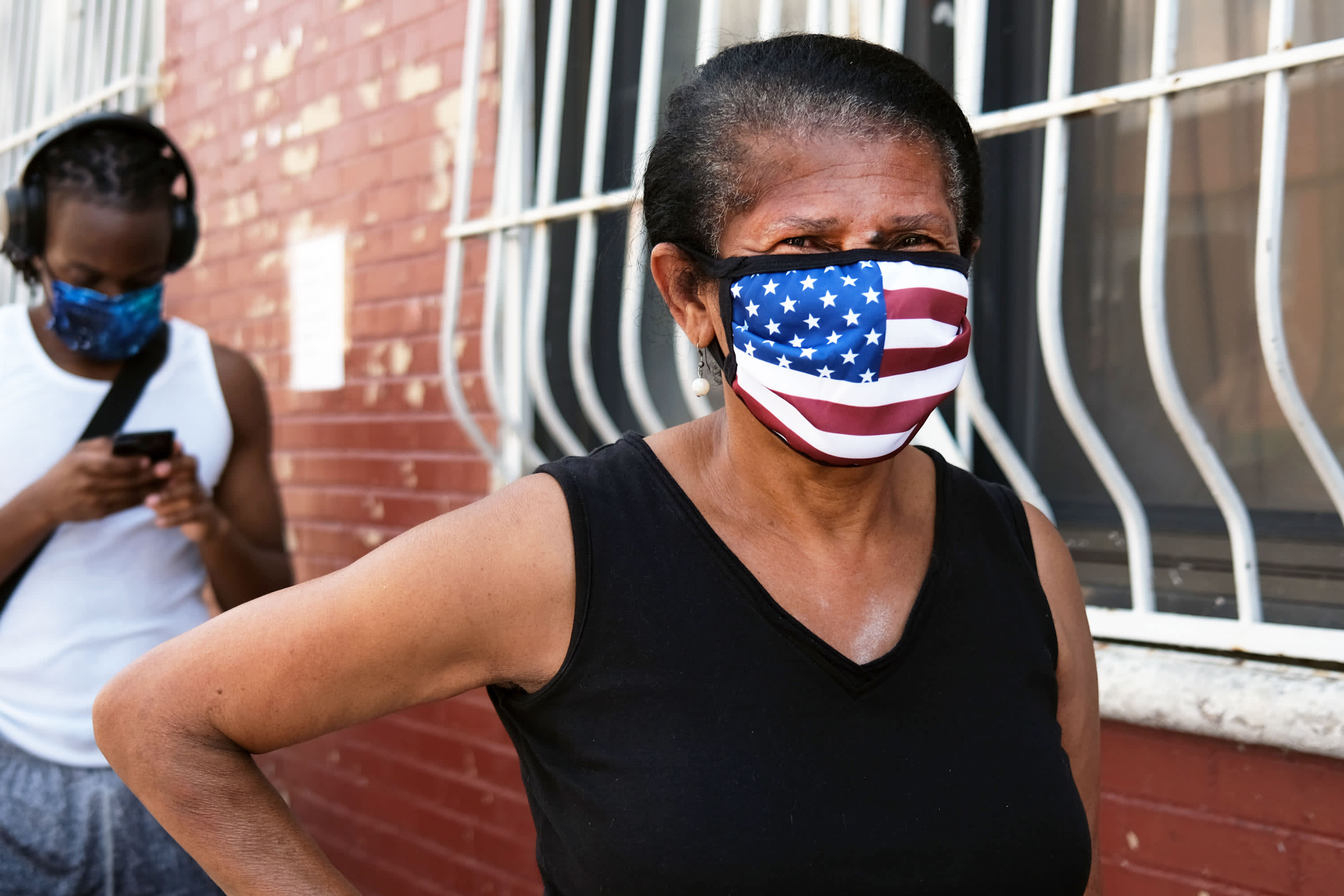 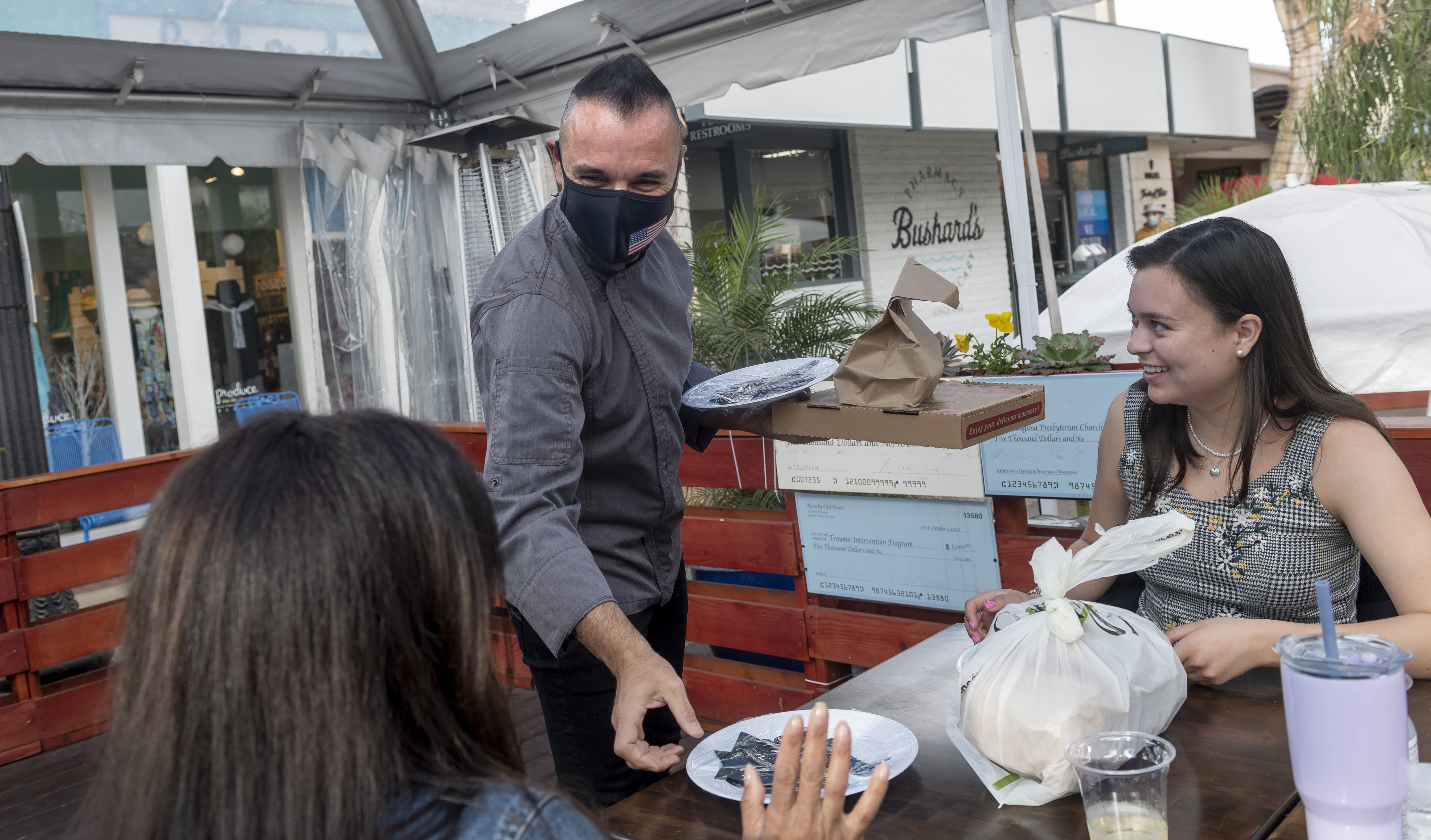 Lane S. Fulton, who lives in Bloomington, Indiana, has been mostly unemployed since the crisis began last March.

He said he has applied for roughly 600 government positions after earning a graduate degree in public administration from Indiana University in the fall of 2019. But state and local governments have slashed 1.4 million jobs since the pandemic erupted, and most have instituted hiring freezes.

Fulton was also thrown out of work from his part-time job at Panera Bread last March.

The federal government's moratorium on collecting student loans allowed him to redirect his $600 monthly payment to more urgent bills.

“That pause was what allowed me to survive when I wasn't getting unemployment,” he said.

With so much money being pumped into the economy, Oxford Economics forecasts that growth will reach 7% for all of 2021, which would be the fastest calendar-year expansion since 1984. The Congressional Budget Office projects the nation will add a substantial 6.2 million jobs this year.

Still, the size of the Biden relief package, coming as the economy is already showing improvement, has stoked fears that growth could overheat and accelerate inflation, possibly leading the Federal Reserve to jack up interest rates. Those fears have roiled financial markets for the past two weeks.

Fed Chair Jerome Powell sought toassuage those concerns on Thursday — without success, based on sharp selloffs in the stock and bond markets — when he suggested that any meaningful rise in inflation would probably prove temporary and that the Fed would be in no hurry to raise its benchmark short-term rate.

Sounding an optimistic note, he said: “There’s good reason to expect job creation to pick up in the coming months."