“A lot of the people when we came in, you would have thought we were handing out gold coins, the way we were taking care of this for them,” said Leo Reardon, EMS Coordinator for Canton Fire.

In Canton, Massachusetts, paramedics with the city's fire department have made house calls to administer COVID vaccines to senior citizens living in town. On Friday, EMTs with the Canton Fire Department made seven such calls.

“A lot of the people when we came in, you would have thought we were handing out gold coins, the way we were taking care of this for them,” said Leo Reardon, EMS Coordinator for Canton Fire.

The Canton Fire and Police departments along with the board of health are trying to get the few vaccines they have out to the seniors who need them most.

“So, that is our biggest challenge, is that we just don’t have the supply,” said Cindy Bonner, Public Health Nurse at the Canton Health Department.

Right now, the town is only getting 100 doses a week and they say that’s just not enough to vaccinate the rest of their first responders and people 75 and older.

“If we could get 200, 300 a week, we could easily knock out a big population of our community right now,” said Bonner. 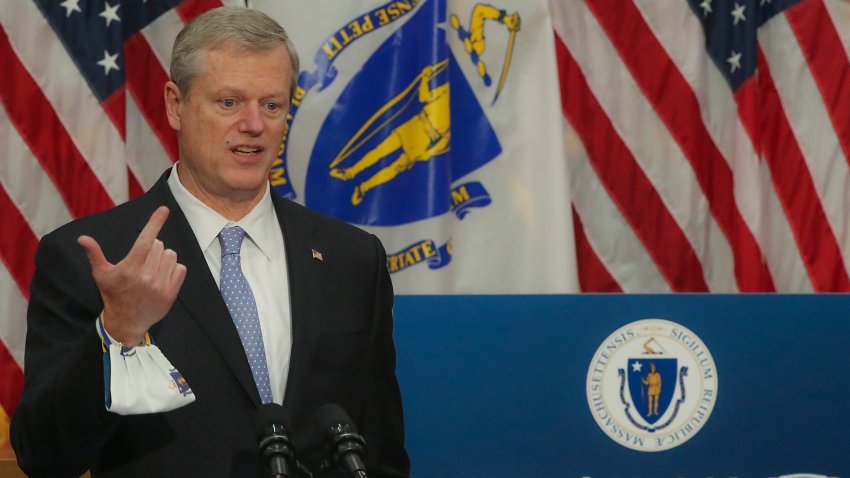 Baker ‘Not Comfortable' Moving on to 65-and-Older Vaccinations Yet

Town officials say as soon as they get their next doses, they’ll begin vaccinating seniors once again. They just don’t know when they’ll be receiving those shots.

“Honestly, it’s time to rethink the approach that they have right now,” said Reardon. “They need to realize they have a lot resources at the local level.”

That’s why Reardon says at least for now, while an older population is eligible, cities and towns should be getting more doses from the state instead of focusing on the larger mass vaccination sites.

Massachusetts hospitals are reporting supply problems with the coronavirus vaccine, with some saying they won't be able to schedule more appointments unit they get more doses after the state reallocated its resources.

“They’re really honestly afraid to go to a large site like that where you might have thousands of people waiting in line from other towns, people they don’t know,” said Reardon.

The Town of Canton says they stand ready to get more shots in the arms of people where they live just as soon as they get the doses.