Notre Dame and Michigan State universities became the latest colleges to move classes online because of the coronavirus on Tuesday as colleges struggle to contain outbreaks and students continue to congregate in large groups without masks or social distancing.

The decisions came the same day a third school in the 17-member University of North Carolina system reported a COVID-19 cluster in off-campus housing.

Notre Dame president the Rev. John Jenkins announced the university's decision to cancel in-person undergraduate classes for two weeks in an address to students and staff.

“It is very serious, and we must take serious actions,” Jenkins said, referring to the news that nearly 150 students had tested positive.

Jenkins said he decided against sending students home after consulting with health care experts. Instead, the university is imposing restrictions on student activity, including limiting access to dormitories to residents and barring students from major gathering places on campus.

LX News host Ashley Holt talked to a college student from Illinois, a high school student from Georgia and an eighth grader from Indiana about returning to school in the midst of the coronavirus pandemic.

Michigan State, which had been scheduled to start in-person classes on Sept. 2, decided to switch to online instruction as a preventive measure amid the ongoing nationwide pandemic, President Samuel L. Stanley said in a statement posted on the school's website.

"It has become evident to me that, despite our best efforts and strong planning, it is unlikely we can prevent widespread transmission of COVID-19 between students if our undergraduates return to campus,” he said.

Tuesday’s actions followed the decision by officials of the University of North Carolina at Chapel Hill to switch to remote learning starting Wednesday, as the virus makes its mark on colleges — and college towns — across the United States. Other universities are reconsidering plans to hold in-person classes or implementing new testing regimes. And some are threatening crackdowns on students who get too close with others, in violation of social distancing rules.

UNC-Chapel Hill freshman Mackenzie Holland spent two weeks in her dorm before she found herself moving back out again on Tuesday, after the university canceled in-person classes for undergraduates when clusters of coronavirus infection surfaced among students.

Holland said she sobbed for an hour after learning the news.

“I kind of expected it, but I’m just kind of disappointed in my classmates and the people that are out partying and stuff because now I can’t finish my college experience," Holland said. "I know that we’ll be back one day, but it’s just sad right now.”

In the past few days alone, college students at schools in North Carolina, Tennessee, Oklahoma, Vermont, Kansas, Colorado and at the Air Force Academy have tested positive, creating a ripple effect that has put hundreds of other students into quarantine or isolation.

The U.S. leads the world in the number of coronavirus cases, with 5.4 million cases reported as of Tuesday, and more than 170,000 confirmed dead, according to data from Johns Hopkins University.

In Chapel Hill, the university on Monday reported a spike in the proportion of its COVID tests coming back positive, prompting the university to move all classes online starting Wednesday.

“We had anticipated and planned for COVID cases on our campus this fall," UNC Chancellor Kevin Guskiewicz told faculty members in a Zoom call Monday. “However, seeing the COVID-19 positivity rate rise from 2.8% to 13.6% at Campus Health over the past week is very concerning.“

Princeton graduates Adam Bragg and Lane Russell created 'The U Experience,' a new program for college students who will miss out on the traditional college experience and allows them to come together on a single campus and provides them with an offline community experience.

On Tuesday, a smattering of UNC-Chapel Hill students packed up their belongings and headed back home with their families.

Holland said she wants other colleges to learn from the Chapel Hill students who participated in large, maskless gatherings.

“A lot of kids our age don’t understand the result of their actions, and this is kind of showing what can result of that,” she said.

Officials at UNC’s North Carolina State University in Raleigh said Tuesday that health officials had identified a cluster of COVID-19 cases involving some students in off-campus housing where a gathering was held early this month. They did not say how many people were infected but health officials define a cluster as five or more cases in close proximity or in one location.

The University of Oklahoma is requiring its sororities to recruit new members virtually after learning of students attending large social events without taking precautions against the virus.

Students at the University of Tennessee at Knoxville could face punishments as stiff as expulsion if they host big parties, if they won’t cooperate with COVID-19 contact tracing or if they don’t complete forms documenting their self-isolation, Chancellor Donde Plowman said in a video conference Tuesday.

Laith Mekouar was a freshman at James Madison University when the coronavirus pandemic closed his campus back in March. Mekouar discusses how his college experience will change in the fall and how he feels about returning to school with coronavirus cases rising.

“I will not hesitate to do that if people, our students, are irresponsible,” he said.

Wednesday is the first day of classes at the flagship Knoxville campus. School officials have confirmed 75 active COVID-19 cases there, involving 66 students and nine employees. About 6,500 students have moved in on campus, while another 30,000-plus live off campus.

The campus currently has 270 people in isolation due to contacts, symptoms or positive tests, including 51 students living on campus, Plowman said.

In Ames, Iowa, a retired Iowa State professor wrote in an op-ed to the Des Moines Register that he was alarmed at what he witnessed while driving through the Iowa State campus last weekend.

“Hundreds of students, out on the sidewalks, out on the front lawns, out in the street; in some places, sitting in chairs or milling aimlessly or running around and hugging each other because they hadn’t seen each other since last school year,” Richard Haws said. 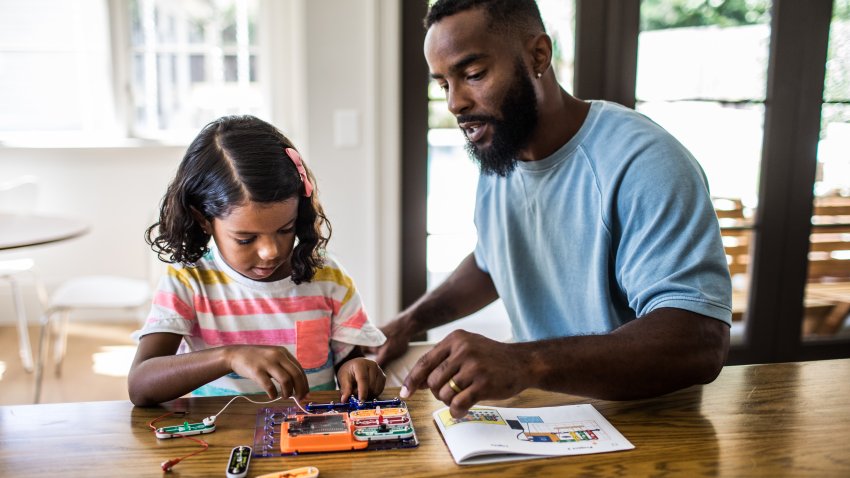 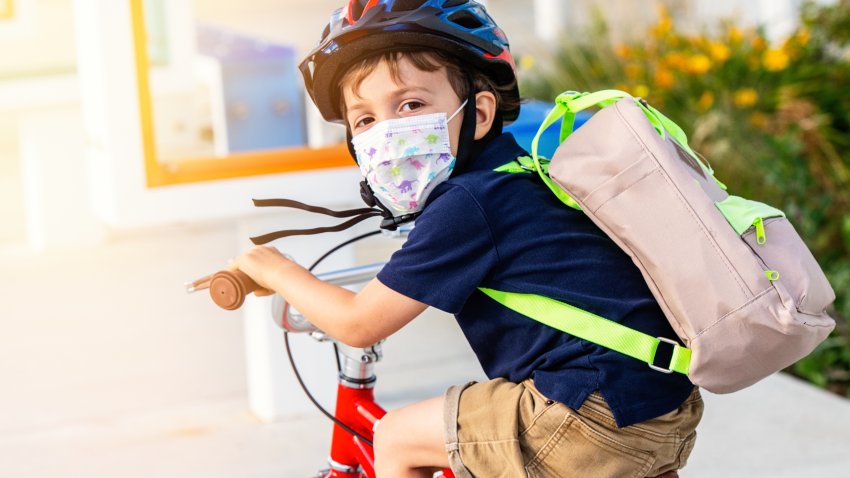 Masks, Virtual Resources and Other Things to Get You Through the 2020-2021 School Year

He estimated that 1% of the students were wearing masks.

Meanwhile, the University of South Carolina said it would use saliva tests for students, faculty and staff as part of its plan to reopen for in-person classes on Thursday. The tests, which require a single spit sample, are an alternative to nasal swab tests and typically deliver results within 24 hours.

Anderson and Liu are corps members for the Associated Press/Report for America Statehouse News Initiative. Report for America is a nonprofit national service program that places journalists in local newsrooms to report on undercovered issues.