After Coronavirus Derails Their Wedding, Epidemiologists Tie the Knot at Mass. General

The ceremony in the historic Ether Dome appropriately closed with the statement, "You may elbow bump your bride"

Face masks and hospital vests were likely not the suggested attire in this couple's initial wedding plans, but that's exactly what their guests wore when they tied the knot on Friday.

The two epidemiologists on the front lines of the coronavirus outbreak had to cancel their March 20 wedding in Michigan, but Jen Andonian and Matt Shearer ended up having a ceremony at the historic Ether Dome at Boston's Massachusetts General Hospital, the hospital said.

Their friends on Mass. General's Incident Command team helped pull off the alternative ceremony at the Ether Dome, according to the hospital. One of Andonian's co-workers was even ordained to preside over the ceremony and the hospital's chief of emergency preparedness gave Andonian away.

After declaring the pair husband and wife, the officiant closed the ceremony with the appropriate statement, "You may elbow bump your bride."

The Ether Dome served as the hospital's operating room when it first opened in 1821 and was the site of the first public surgery using the anesthetic ether. Now, it has the distinction of serving as a wedding venue in a pandemic.

The idea of getting married at the hospital came from a colleague of Andonian's, according to The Boston Globe, which was present for the ceremony. Mass. General President Peter Slavin approved the use of the dome on the condition that the number of guests not exceed the 10-person public gathering limit set by the state.

Mass. General is one of several Boston hospitals contending with a steady stream of coronavirus patients that's only expected to get bigger in the coming weeks. The outbreak is already taking a toll on the hospital staff, with dozens of employees already testing positive with COVID-19, the disease caused by the virus.

More than 150 medical professionals in Boston have tested positive for the new coronavirus.

More on Coronavirus and Weddings 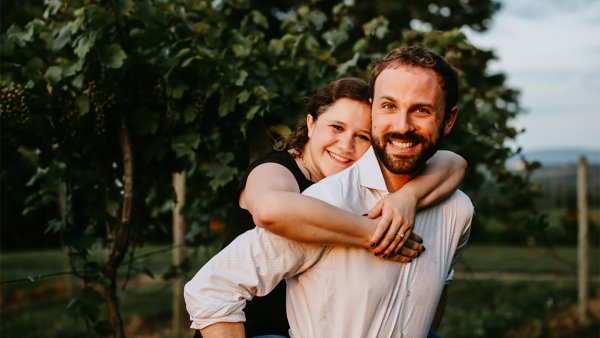