Coronavirus Survivor: ‘You Just Feel Like You Want to Die'

Jennifer Adamson, of Chelsea, Massachusetts, is urging people to take the coronavirus precautions seriously after a fight with the disease put her out of commission for weeks.

"It sounds dramatic, but there are those quiet hours when you’re alone and you’re really battling that you just feel like you want to die," Adamson said. "It was this invisible monster you knew was around you and you didn’t know if you were winning the fight."

Adamson was already a week into her symptoms before she got tested and found out she had the virus. She described the first day as a "slow motion disaster" with intense body aches and a high fever.

"There were nights the fever was so high and it’s been two or three hours and you’re delirious, exhausted and you’re afraid and you just think you want it to be over," she said.

"The second week for me was far worse than the first one," Adamson said. "The days are still a blur, the fever was so high, the body aches were so intense and it was almost like I couldn’t take enough Tylenol to fight it off. I was mentally exhausted, physically exhausted."

On the day Massachusetts reported its coronavirus death toll topped 1,000 people, Gov. Charlie Baker said the long-expected surge has arrived and got emotional about the personal toll of COVID-19.

It was nearly two full weeks before she finally felt she could stand and function again. Now that she's feeling better, she’s urging people to take the proper precautions.

"I think there’s a disaster around us and people really aren't realizing that it’s preparing for that disaster, it’s thinking about what would you do with your pets and kids if you have to be hospitalized," Adamson said. "I don’t think everyone has that planned."

Adamson also plans to look into donating her plasma to see if she can help someone else, she said. She said she was not hospitalized. 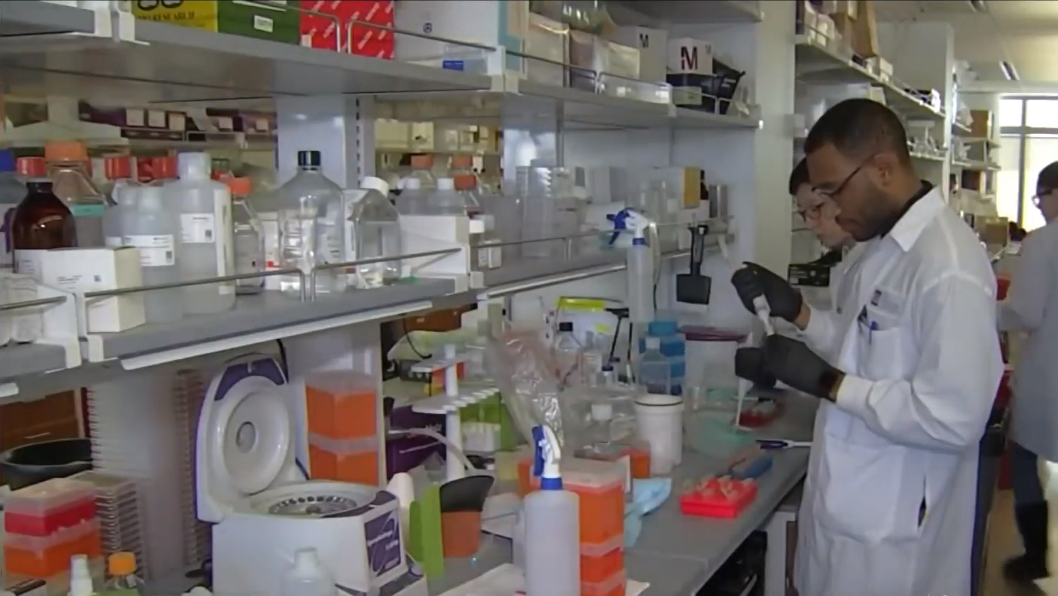