WHO's reaction to the crisis has been clouded by finger-pointing between the U.S. and China over a pandemic that has killed over 300,000 people and leveled the global economy.

In a tweet late Monday night, President Donald Trump revealed he is threatening to permanently freeze funding to the World Health Organization.

The president posted photos of a letter he sent to WHO Director-General Tedros Adhanom Ghebreyesus. It read "the only way forward" is if WHO "can actually demonstrate independence from China."

Trump said that unless WHO commits to "substantive improvements over the next 30 days," he will make a temporary suspension of U.S. funding permanent.

Earlier Monday, WHO bowed to calls from most of its member states to launch an independent probe into how it managed the international response to the coronavirus, which has been clouded by finger-pointing between the U.S. and China over a pandemic that has killed over 300,000 people and leveled the global economy.

The "comprehensive evaluation," sought by a coalition of African, European and other countries, is intended to review "lessons learned" from WHO’s coordination of the global response to COVID-19, but would stop short of looking into contentious issues such as the origins of the new coronavirus. Trump has claimed he has proof suggesting the coronavirus originated in a lab in China while the scientific community has insisted all evidence to date shows the virus likely jumped into humans from animals.

In Washington on Monday, Trump faulted WHO for having done "a very sad job" and said he was considering whether to cut the annual U.S. funding from $450 million a year to $40 million.

"They gave us a lot of bad advice, terrible advice," he said. "They were wrong so much, always on the side of China."

WHO's normally bureaucratic annual assembly this week has been overshadowed by mutual recriminations and political sniping between the U.S. and China. Trump has repeatedly attacked WHO, claiming that it helped China conceal the extent of the coronavirus pandemic in its early stages. Several Republican lawmakers have called on Tedros to resign.

U.S. Health and Human Services Secretary Alex Azar said Monday it was time to be frank about why COVID-19 has "spun out of control." 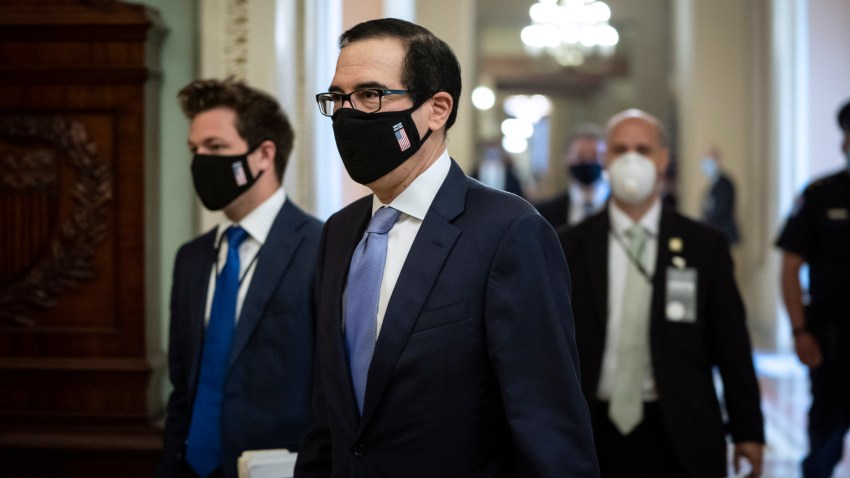 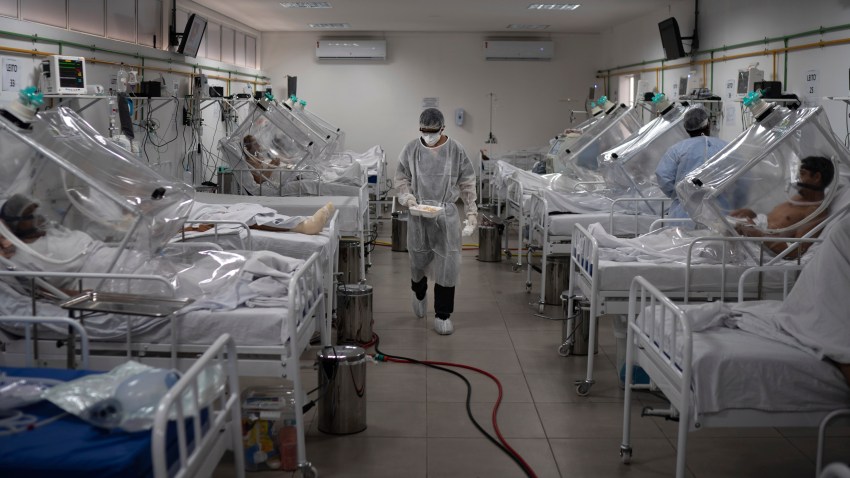 "There was a failure by this organization to obtain the information that the world needed and that failure cost many lives," Azar said. Speaking hours after Chinese President Xi Jinping announced China would provide $2 billion to help respond to the outbreak and its economic fallout, Azar said the U.S. had allocated $9 billion to coronavirus containment efforts around the world.

Tedros said he would launch an independent evaluation of WHO's response "at the earliest appropriate moment" — alluding to findings published Monday in a first report by an oversight advisory body commissioned to look into WHO’s response.

The 11-page report raised questions such as whether WHO’s warning system for alerting the world to outbreaks is adequate, and suggested member states might need to "reassess" WHO’s role in providing travel advice to countries.

In his opening remarks at the WHO meeting, Tedros held firm and sought to focus on the bigger troubles posed by the outbreak, saying "we have been humbled by this very small microbe."

"This contagion exposes the fault lines, inequalities, injustices and contradictions of our modern world," Tedros said. "And geopolitical divisions have been thrown into sharp relief."

China, meanwhile, sought to divert attention to its renewed efforts to slow the coronavirus pandemic, with Xi announcing the $2 billion outlay over two years to fight it. Last year, China donated about $86 million to WHO.

U.S. National Security Council spokesman John Ullyot characterized China’s newly announced contribution as "a token to distract from calls from a growing number of nations demanding accountability for the Chinese government’s failure to meet its obligations." He said that since China was "the source" of the outbreak, it had "a special responsibility to pay more and give more."

Xi insisted that China had acted with "openness, transparency and responsibility" when the epidemic was detected in Wuhan. He said China had give all relevant outbreak data to WHO and other countries, including the virus’s genetic sequence, "in a most timely fashion."

Xi said that in recent weeks, China has dispatched medical supplies to more than 50 African countries and that 46 Chinese medical teams were currently on the continent helping local officials.

Other world leaders including the presidents of France, South Korea and South Africa and Germany's chancellor were also piped in to throw their support to the WHO, which has been put on the defensive from a Trump administration that has blamed it for mishandling the outbreak and showering excessive praise on China's response. The European Union and others staked out a middle ground.

The Trump administration has claimed that WHO criticized a U.S. travel ban that Trump ordered on people arriving from China.

Trump ordered a temporary suspension of funding for WHO from the United States — the health agency’s biggest single donor — pending a review of its early response. The advisory body, echoing comments from many countries, said such a review during the "heat of the response" could hurt WHO’s ability to respond to it.

Xi said China supports the idea of a comprehensive review of the global response to COVID-19 and that it should be "based on science and professionalism led by WHO, and conducted in an objective and impartial manner."

Tedros emphasized that WHO declared the coronavirus outbreak to be a global health emergency on Jan. 30, its highest level of alert, at a time when there were fewer than 100 cases outside of China. In the following weeks, WHO warned countries there was a narrowing "window of opportunity" to prevent the virus from spreading globally.

During the first few months of the outbreak, WHO officials repeatedly described the virus's spread as "limited" and said it wasn't as transmissible as flu; experts have since said COVID-19 spreads even faster. It declared the outbreak to be a pandemic on March 11, after the virus had killed thousands globally and sparked large epidemics in South Korea, Italy, Iran and elsewhere.