City workers in Worcester, Massachusetts, are now required to show proof of vaccination or undergo weekly testing for COVID-19

With Worcester's COVID-19 vaccine mandate now in effect, the city's 7,300 employees are required to show proof of vaccination or undergo weekly testing.

Under the mandate, city employees who refuse to provide proof of vaccination or get tested will be charged their vacation time and then put on unpaid leave for up to 30 days.

After 30 days, those workers could be terminated — which the educators' union says would be problematic with staff stretched so thin.

"District-wide, we're down 100 teachers, we're down 90 instructional assistants," said Nugent. "I don't know how they're going to afford to lose one." 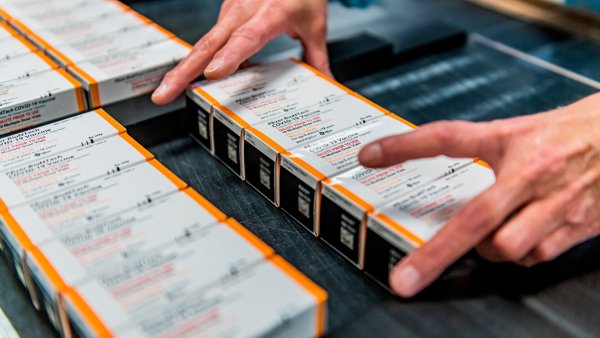 Millions of Children's COVID Vaccines on the Way to Pediatricians, Clinics

Unions for police and educators argue the testing should be done during work hours, on site if possible, and the city needs to ensure it will remain free.

Augustus says the answer to that is to get vaccinated and not have to worry about it.

"If you're going to test every week, we're not going to pay you to go get tested every week, you've chosen not to get vaccinated," Augustus said.

"We want to work with the city on this to protect our officers and our families and the citizens at large, however, this is subject of — a mandatory subject of bargaining because of the changes of working conditions," Cipro said.

Augustus says his administration met with several collective bargaining units and made some changes based on their suggestions.