Myron Rolle — or one of his colleagues — picks up the phone and begin dialing. On the other end, their patients are about to get some bad news.

Procedures on their benign brain tumor need to be put on hold.

Treatment for their chronic degenerative spine that's causing radiculopathy has to wait.

Their elective neurological surgeries have been postponed or canceled, forced to take a backseat for the time being as Massachusetts General Hospital deals with the rapid influx of coronavirus patients.

There's no alternative. Rolle, a former Tennessee Titans safety who is now a third-year neurosurgery resident at Mass. General and Harvard Medical School, has seen the neurosurgery floor of his hospital transition to a COVID-19-only floor.

His daily routine has changed, too. Rolle, like all employees at the hospital, must wear a mask at all times. As soon as he enters the building to begin his 24-hour shift, he's funneled through an airport security-type line. At the end of it, he's checked for COVID-19 symptoms and has his hands sanitized.

Rolle is still doing his part as a neurosurgery resident — the volume of operative cases has shrunk dramatically but emergency surgeries are still being conducted — but he's also jumped headfirst into the COVID-19 fight.

For the first time, Massachusetts General Hospital is giving a look at its new COVID-19 testing, which began Friday.

Mass. General has set up a surge clinic, a "hospital within the hospital," as Rolle put it, that triage patients coming in off the street with COVID-19 symptoms.

Rolle volunteered for it. The 33-year-old's turn to man the clinic is coming up in a few days.

"Obviously, neurosurgery is not directly connected to this upper respiratory illness," Rolle said. "But just like in football, if you're called to do something different that you weren't expecting, you adjust. You adapt. They're showing us a new formation that we didn't see on tape? You've got to hunker down and get the job done. In my opinion, this novel disease is something like that. A formation, a personnel package that we haven't seen before. We have to meet the challenge, and I'm happy to be able to join the fight."

In the Titans locker room, some teammates called him, "Doc Brains."

The Titans drafted Rolle, once the top-rated high school football prospect in New Jersey, in the sixth round of the 2010 draft. A year or so earlier, he had put his name into a draft scouting service to see where he was projected to be drafted.

More on the NFL and Coronavirus 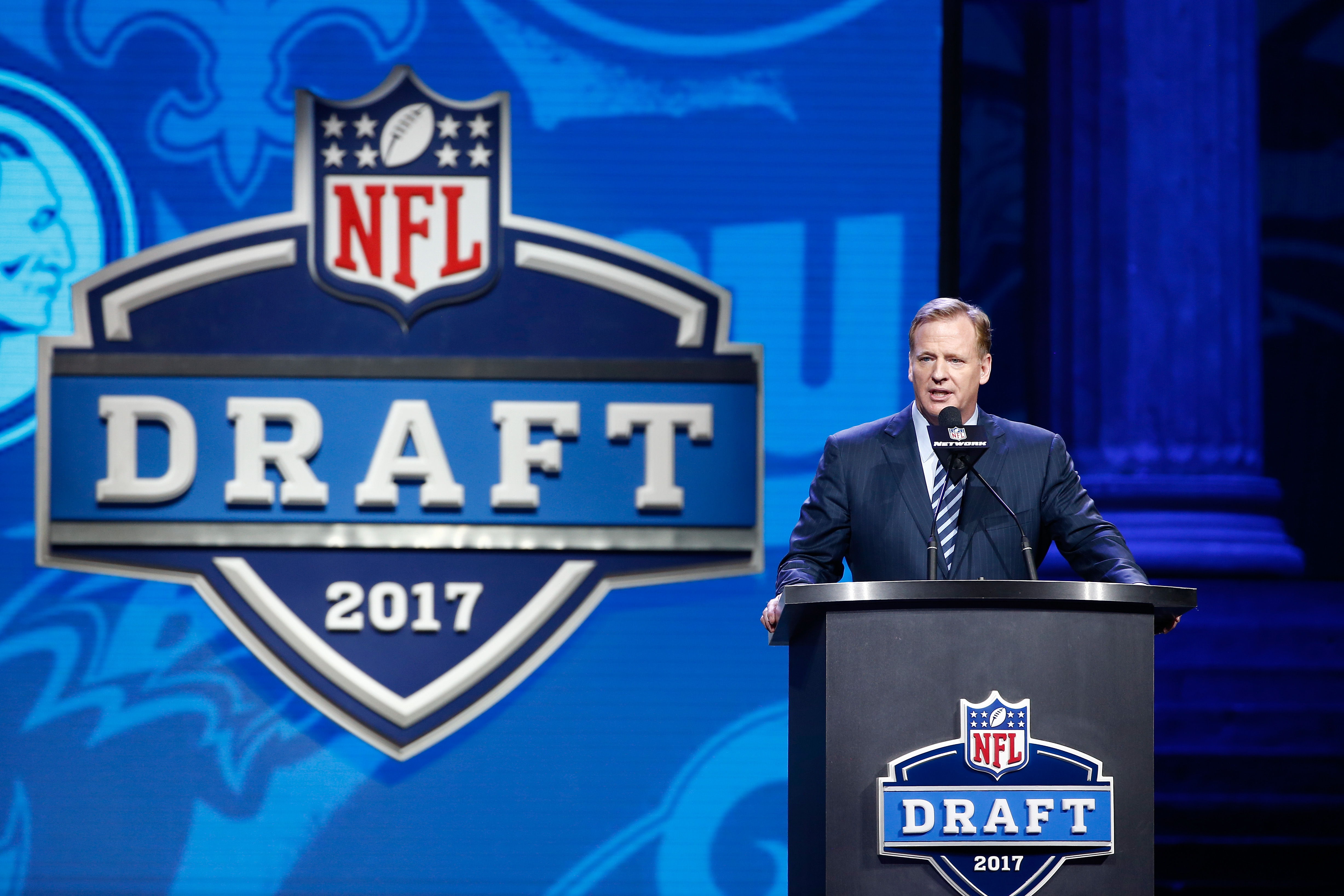 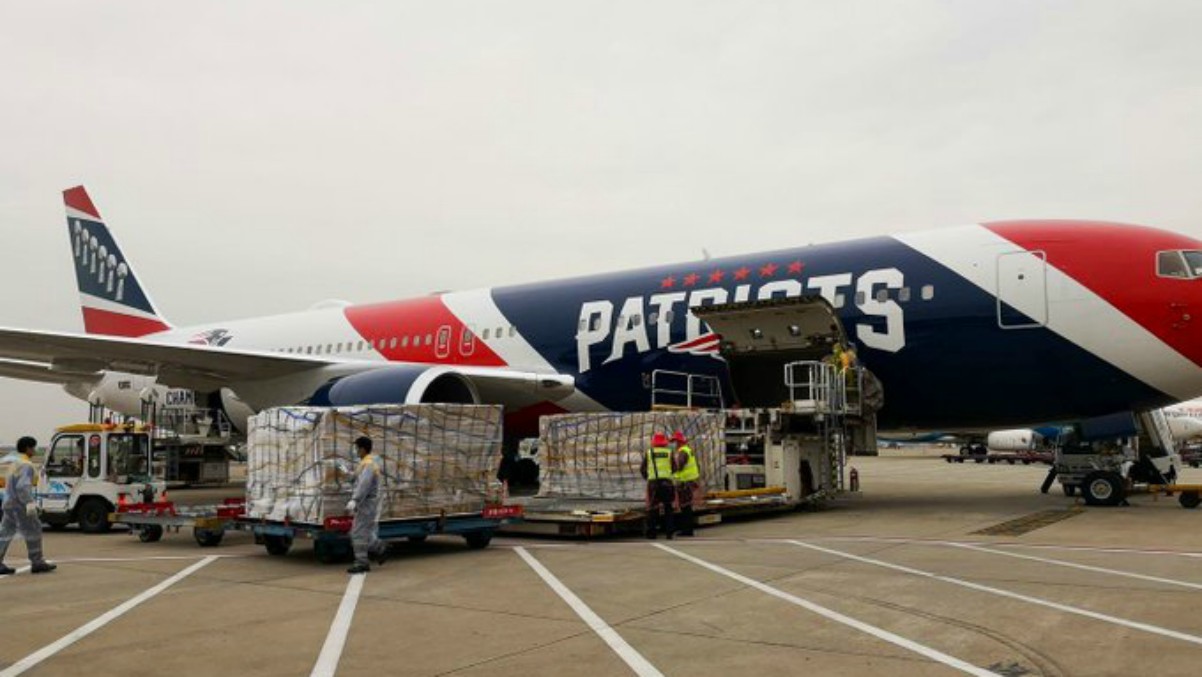 First or second round, it told him.

But that was before he skipped his senior season at Florida State to study medical anthropology for a year at Oxford University. He received the Rhodes Scholarship to attend the school.

Rolle spent two seasons with the Titans, never playing in a game, before finishing his career with the Steelers in 2012.

During these chilly New England mornings, Rolle still wears a Titans beanie as he heads into work.

"The Titans continue to shape who I am today," he said. "Certainly the aspect of being a team player and the focus, the discipline, the communication, and then managing pressure — there's nothing I've done outside of neurosurgery that can compare to preparing for an NFL game."

These days, they'll often come to Rolle with medical questions.

Jeff Hafley, hired by Boston College in December for his first head coaching job, talks about the difficulties college athletes are facing during the coronavirus pandemic.

"They'll say, 'Hey, Myron, give me the real story,' " Rolle said. "They almost look at me like a confidential informant. And I love it. Since I was with the Titans, I've felt that my teammates have looked at me and respected me in a light that was honorable. It humbled me and it made me feel like they appreciated my intellectual interest."

His message is straightforward, meant to enlighten but not frighten.

He might tell them about the most eye-opening part of this whole experience for him: the end-of-life discussions some of his colleagues are having with the families of patients who come in and quickly see their health deteriorate as the respiratory distress sets in.

He might tell them that he thinks the severity of the disease is actually being underplayed.

"The hype is real and it's not done for hysteria," Rolle said. "It's not done to scare or to frighten anyone. It's really done to make you aware that there are stories and cases here that will change lives and would shock people, to the point where if this is your loved one, you'd say, 'Yeah, I want everyone to take this as serious as I'm taking it,' because I'm seeing firsthand what's happening. And the ideology that we have an important role to play. Social distance, physical distance, lifestyle modifications, staying home, doing everything you can to kind of flatten this curve, all of that is crucial."

Rolle, like everyone else, doesn't know what the pandemic means for the 2020 NFL season. To expect the season to start on time might be overly ambitious, he said.

"There's just a lot of uncertainty," Rolle said. "We have brilliant intellectual giants, epidemiologists, nurses, pharmacists, physicians, PhDs, all working tirelessly to find a way to overcome this. But it's going to take some time, weeks, maybe even months to figure out how to get back to a normal life."

Firstly, "continue to adhere to everything that you've heard from the CDC and from health care experts," Rolle said. "But at the same time, remain ready, remain vigilant, remain mentally sharp, because when it does start again, I don't believe that anyone is going to take this COVID-19 delay as an excuse for why you weren't ready and weren't prepared to get out there and do what you need to do.

"When we start up again, as a country and as a world even, it's going to be, 'Let's get back as soon as we can.' I just really encourage them to stay focused, remember that this will come to an end at some point and when it does, it's your time to shine and you have to be ready."

ON THE FRONT LINES

Asked plainly if he feels nervous walking into the hospital now with a highly infectious disease spreading rampantly, Rolle deadpanned: "No. I signed up to help these people."

It's not his first time on the front lines.

When Hurricane Dorian hit the Bahamas last September, Rolle, whose family is from the Bahamas, felt compelled to do his part. Immediately, those close to him expressed concern.

"They were like, 'Well, are you sure? It's dangerous down there. Supplies aren't great. There's disease in the water,' " Rolle recalled. "I said, 'None of that bothers me. I have to go down. I have to leave my residency and take care of my home country.' "

A dog now called “Miracle” was rescued from the rubble of Hurricane Dorian weeks after the storm ravaged the Bahamas.

And he did. For two and half weeks, Rolle provided medical assistance as part of Mass. General's global disaster team.

"Didn't look back," Rolle said. "Just went straight in, head down, just like an athlete, into the fight."

"We had an impact down there," Rolle said. "Now, I just want to do the same thing here, put my head down and do the work, be a part of this team of wonderful people here at Mass. General, trying to take care of these very vulnerable and sick people. We've got to get after it."