Dozens of people were able to receive the Pfizer coronavirus vaccine at a clinic in Dorchester Wednesday on a first-come, first-serve basis

Dozens of people were surprised to have the opportunity to receive the coronavirus vaccine Wednesday afternoon in Boston's Dorchester neighborhood.

Boston Public Health tweeted at 1 p.m. that walk-up appointments would be available, first-come, first-serve, between 2 and 7 p.m. at the Plumbers Union Hall on Massachusetts Avenue.

The lines got long as 120 doses of the Pfizer vaccine were administered.

Ben Clifford says the tweet was posted in his work's Slack channel, and 15 minutes later, he left to get there.

"I figured I'd shoot my shot just to see if it was possible," Clifford said. 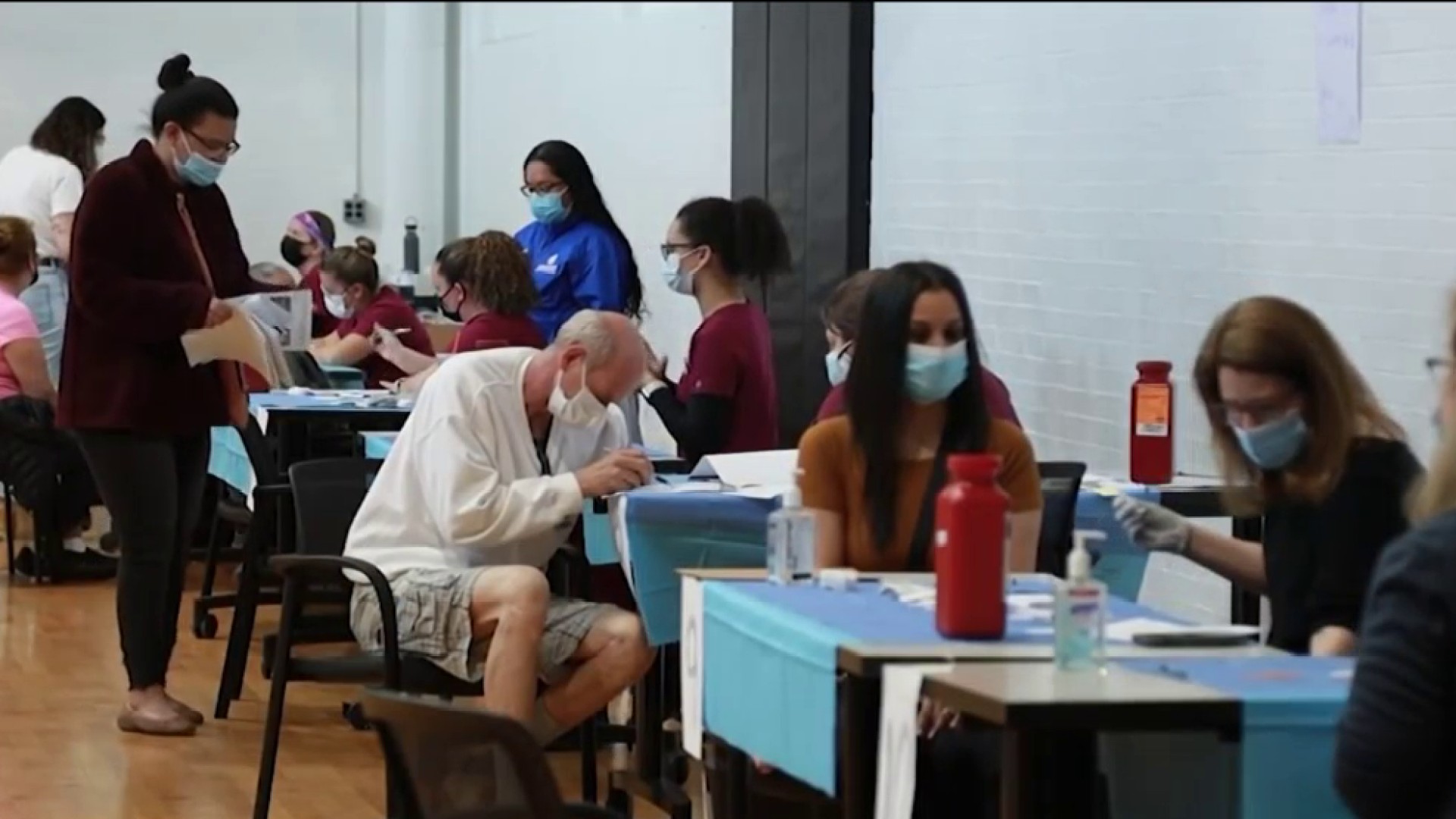 "It's a fantastic situation for folks," said Megan McCarty, one of the site managers at the clinic.

"Some folks have chosen not to keep those appointments, and that has allowed us to offer a lot more appointment openings for today," McCarty said.

"I'm really happy about it," said Kyle Tran, who drove to the site after work.