"I’m excited because I see the light at the end of the tunnel,” said Frank DePasquale, who owns eight places in Boston's North End

Restaurants in the North End, finally serving diners at outdoor tables after a delayed start, are preparing for their first weekend rush.

Italian restaurants in Boston's North End are excited to be welcoming customers back as the state eased more restrictions put in place to slow the spread of the coronavirus in the first step of Phase 2 in Massachusetts.

Eateries across the state began reopening Monday for outdoor dining, but Boston officials pumped the breaks on restaurants resuming outdoor service in the North End until Thursday.

"I’m excited because I see the light at the end of the tunnel,” said Frank DePasquale, who owns eight places on and around Hanover Street.

The street was transformed Friday morning. Parked cars are gone, replaced with signs on poles that read “Cafe Zone.”

Restaurants up and down the street have set up tables and chairs outside on the sidewalks and in part of the road. Tables are limited to parties of six and must be six feet apart, which is why the city closed parts of Hanover to traffic.

“Even though it’s spur of the moment, everyone is doing a good job to make it look nice,” said Mivan Spencer, manager of Caffe Dello Sport. “Some flowers. Make the street look nice.”

On Monday, Phase 2 began in Massachusetts, allowing among other things restaurants to open for outdoor dining. From disposable menus to sitting six feet apart, businesses are taking necessary precautions.

In all, about 70 restaurants in the North End have been approved for outdoor dining so far. Mayor Marty Walsh has said that the city is trying to make the process as easy as possible.

"We have to move quickly to help our restaurants and our business districts in the city to survive, be safe and recover," Walsh said.

Indoor seating will come at some point during the second step of Phase 2, which will most likely be in the next three weeks, but no date has been set.

For now, customers can stay at the outdoor seating until 10 p.m. on weeknights and 11 p.m. on the weekends, per city rules.

DePasquale has taken additional precautionary measures on top of strict requirements set by the city and state.

Gov. Charlie Baker announced Saturday that the state would enter Phase 2 of his reopening plan this week, however he added that the second phase would be broken into two steps.

In the first step of the second phase, which began Monday, retail stores, day camps, lodging, youth sports and outdoor seated dining are permitted to resume operations. Hotels and motels will be allowed to accept all guests, not just essential workers. Daycare facilities can begin applying to reopen later this month.

The second step, which won't begin until health officials have determined enough progress has been made, will allow indoor dining at restaurants, as well as the opening of nail salons, tattoo parlors, massage therapy and tanning salons.

Baker said Saturday that he's comfortable moving forward with reopening the economy because the state has recorded a fall in the number of new cases and hospitalizations.

As of Thursday, Massachusetts health officials reported another 38 people with coronavirus died and 519 more tested positive. The state's death toll has risen to 7,492, while 104,667 people have now been diagnosed with the virus in the commonwealth. 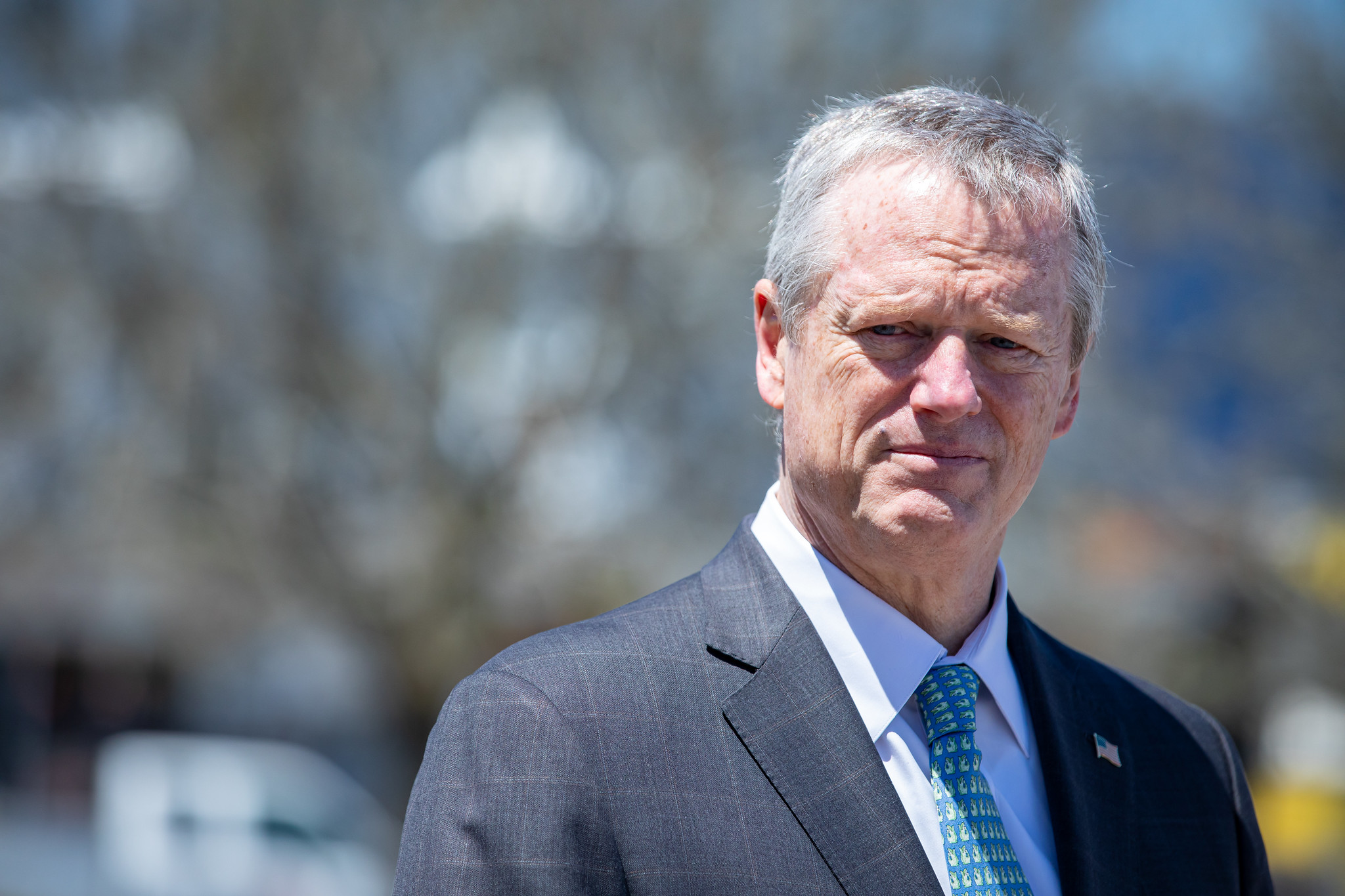