Italy started stirring Monday, with millions of people allowed to return to work as Europe’s longest coronavirus lockdown started to ease, while the U.S. took halting steps to lift some restrictions even as tens of thousands of new cases were reported every day.

Governments around the world have reported 3.5 million infections and more than 250,000 deaths, including over 68,000 dead in the United States, according to a count by Johns Hopkins University. Deliberately concealed outbreaks, low testing rates and the severe strain the disease has placed on health care systems mean the true scale of the pandemic is undoubtedly much greater.

In Washington, the Senate was convening for the first time since March, while dozens of people in Florida were waiting before sunrise for the 7 a.m. opening of Clearwater Beach. In South Dakota, a shuttered pork processing plant took its first steps toward reopening after more than 800 employees were infected with coronavirus.

Louisiana lawmakers were also restarting their legislature — even as they feuded over whether they should return at all.

Political battles have become increasingly embedded in coronavirus policy in the United States. In Louisiana, Republican legislators irritated by Democratic Gov. John Bel Edwards’ decision to extend Louisiana’s stay-at-home order through May 15 were eager to return to work.

A Florida man had an interesting way of protesting what he called the premature reopening of some of Florida's beaches.

But Democrats saw things differently: “It could be a devastating blow to the strides made and to the safety of our residents, our staff and members if we returned to business as usual prematurely,” Democratic leaders wrote in a letter.

More than 29,000 people in Louisiana have tested positive for the coronavirus, and 1,969 people have died, according to state health department data released Sunday. The true number of infections is thought to be far higher.

With pressure growing in many countries for more measures to restart the economy, politicians also were trying to boost funding for research into a vaccine for COVID-19. There are hopes that one could be available in months, but many scientists warn it could take much longer.

Italy, the first European country hit by the pandemic and a nation with one of the world's highest death tolls, began opening up cautiously after its two-month shutdown. In all, 4.4 million Italians were able to return to work, and restrictions on movement eased.

Traffic in downtown Rome picked up, construction sites and manufacturing operations resumed, parks reopened and flower vendors returned to the Campo dei Fiori market for the first time since March 11.

“It’s something that brings happiness and joy, and people have been missing that these days,” vendor Stefano Fulvi said. He doesn’t expect to break even anytime soon, “but you have to take the risk at some point.”

But Europeans' new-found freedoms are limited as officials are wary of setting off a second wave of infections.

In Italy, mourners were able to attend funerals, but services were limited to 15 people and there was still no word on when Masses will resume. Restaurants scrubbed their floors in preparation for take-out service, but sit-down service was several weeks away.

A new undertaking from the White House is aiming to get a COVID-19 vaccine out to the public by January. "Operation Warp Speed" is a public-private partnership made to develop at vaccine in record time.

“It’s a new page that we must write together, with trust and responsibility,” Premier Giuseppe Conte said in a message to Italians.

In Florida, where Gov. Ron DeSantis had said restaurants and retail shops could open at 25% capacity beginning Monday, some business owners were conflicted.

Tony Loeffler, the owner of Atlas Body and Home, a men’s apparel and lifestyle shop in downtown St. Petersburg, said he was both apprehensive and excited.

“We feel like we have to do this, even though we feel a little conflicted,” he said. “But we’re practicing all the common sense and CDC requirements so I feel like on our end we’re safe. But it’s so hard to know how everyone else is, how seriously they’re taking it.”

Youth officials dressed in homemade “Star Wars” outfits assisted residents in Manila on Monday, making sure that everyone remained inside their homes unless they had a special pass to be outside. They also helped deliver food and supplies to those in need.

California's state Assembly was also restarting its legislative session Monday, though the Senate isn't bringing members back until May 11.

California Assembly Speaker Anthony Rendon said members must be at the Capitol to participate in committee hearings and floor sessions, based on legal advice that votes taken remotely “would likely be challenged in the courts and thrown out.”

He said anyone who doesn’t feel comfortable coming is “encouraged to stay home. We are definitely not forcing anybody to come to work.”

People in hard-hit Spain ventured out for the first time in weeks for haircuts or food take-outs, but many small shops were still closed as owners worked on meeting strict health and hygiene guidelines. There was limited easing on quarantine regulations on businesses in Portugal and Belgium.

On Europe's western edge, Iceland reopened many of its businesses after the country tamed its virus outbreak.

India allowed some economic activities to resume after a five-week halt, even as the pace of infections has slightly accelerated. The lockdown has achieved a slowdown in the spread of the virus but has caused immense hardship for India’s poor.

An estimated 1.5 million South Africans returned to work after a five-week lockdown. The mining, manufacturing and select retail sectors began reopening with up to 30% of their workforce. Trains, buses and private minibus taxis resumed operations with reduced occupancy, and all South Africans must wear face masks in public.

Russia reported a steady rise in the number of infections, fueling concerns the nation’s hospitals could be overwhelmed. Authorities say that broader testing has contributed to a surge. Russia’s economy has been partially shut since late March, and lockdown measures have been extended through May 11.

Coronavirus Deaths in Your City and State — and Across the US

These charts use daily coronavirus death data from Johns Hopkins University to show the seven-day moving average of deaths at the city, state and country level.

The impact of coronavirus varies enormously in the United States from one place to another.

Developing a vaccine will be the key to returning to less restricted everyday life. On Monday, an alliance of world leaders was holding a virtual summit hoping to drum up around 4 billion euros ($4.37 billion) for vaccine research, some 2 billion euros for treatments and 1.5 billion euros for testing. Officials say that amount is just the start.

The leaders of France, Germany, Italy, Norway and top European Union officials said that money raised will be channeled mostly through recognized global health organizations. The EU’s executive Commission had hoped that the United States would take part, but it remained unclear what role, if any, Washington might play in the donor conference.

Germany's health minister said there are “promising” developments but warned that developing vaccines is one of the biggest challenges in medicine.

“I would be glad if we succeeded in a few months, but I think we must remain realistic,” Jens Spahn told ARD television on Sunday. “It can also take years.” 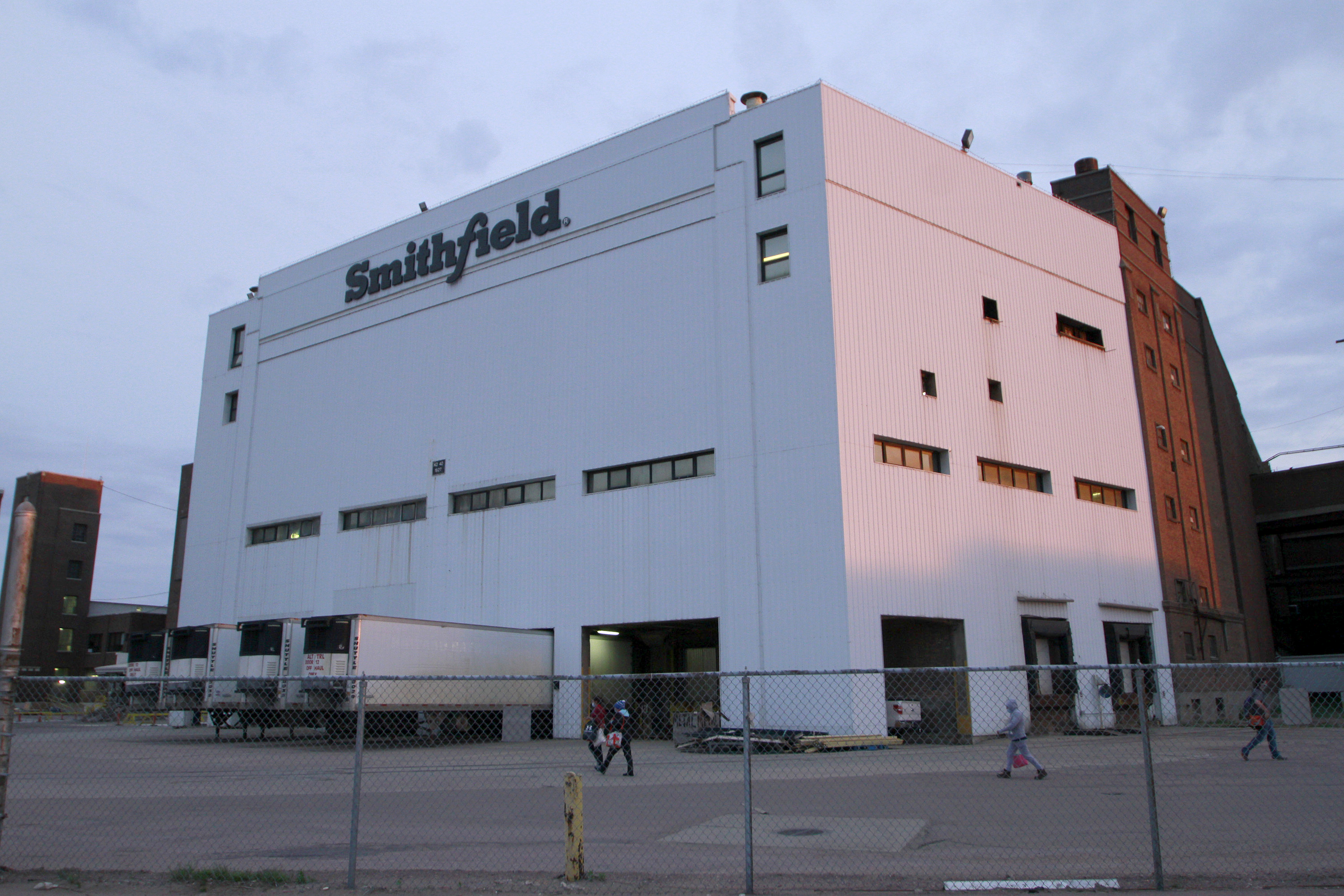 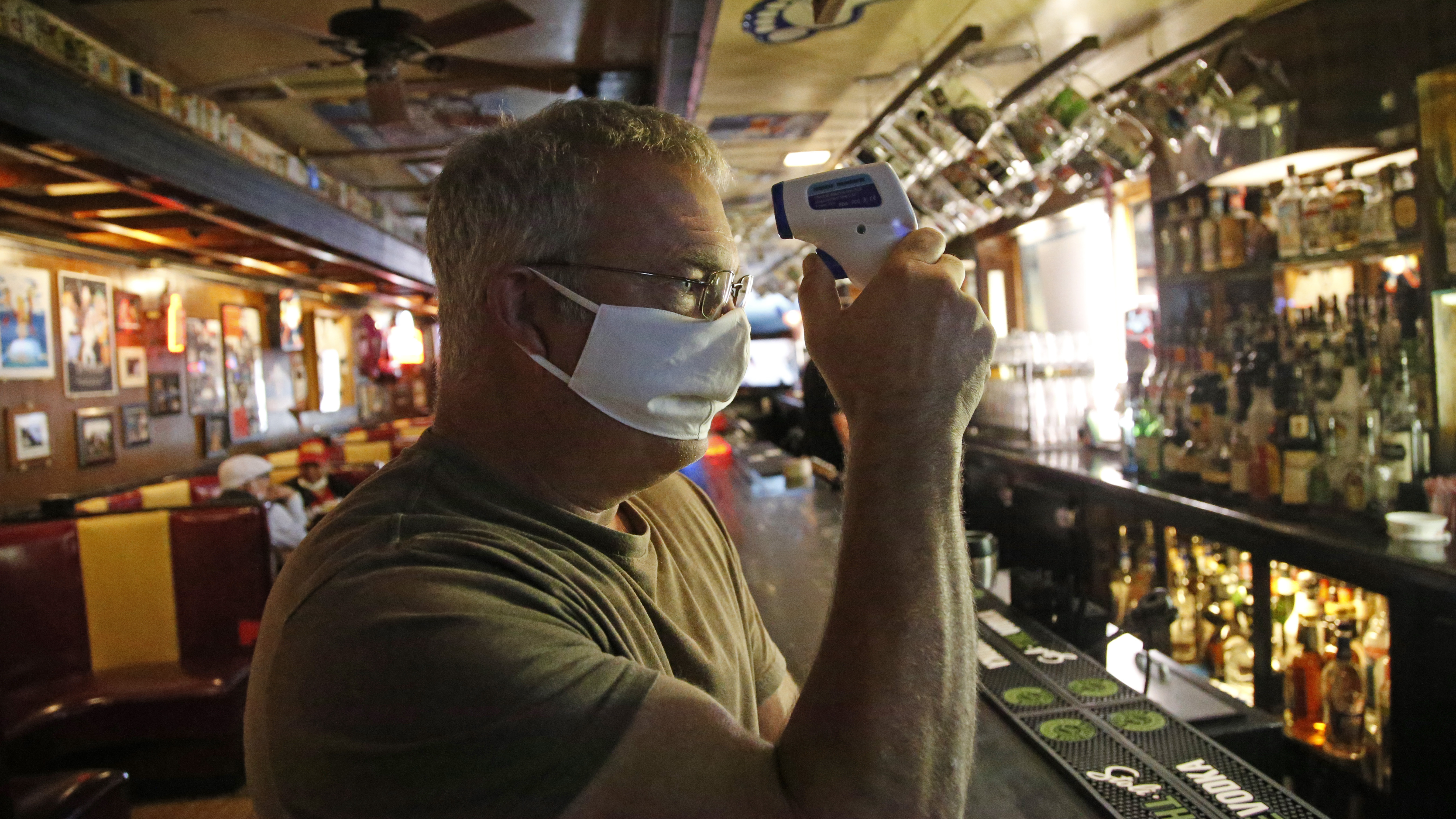 Sullivan reported from Minneapolis. Associated Press journalists around the world contributed to this report.