Baker ‘Not Comfortable' Moving on to 65-and-Older Vaccinations Yet

Massachusetts residents over the age of 65 who hoped to be vaccinated soon will have to wait.

Gov. Charlie Baker told reporters Saturday he was not ready to start vaccinating those in that age bracket until the more residents over 75 and older have received their two doses.

"The sooner we get the big piece of the 75-year-old community vaccinated, we can start talking about the 65-and-plus group," Baker said after touring a mass vaccination site at the Eastfield Mall in Springfield. "But I'm not comfortable moving on from where we're from until we make it possible to vaccinate as many 75-year-olds as possible."

The remarks come amid criticism over the Baker administration's slow rollout of COVID-19 vaccines.

The state is currently allowing people 75 and older to sign up for vaccination appointments, in addition to first responders, health care workers and people connected to long term care facilities. But many have complained the state's system for vaccination sign-ups is difficult to navigate, and appointments are hard to come by.

Legislators have asked Baker to put the companion program on hold until those 65 and older, people with chronic conditions and essential workers are vaccinated. Opponents of the move have cited "disturbing reports" of Massachusetts residents taking advantage of those who are over 75 to get their own appointments. Others fear that too many people that fall within lower-risk categories will receive the vaccine before those who need it.

Baker on Saturday again defended the rollout, saying there is not enough supply to keep up with residents' demand for the vaccine, adding there is four times as many requests for appointments as there are available doses.

"I think our view is that we'd much rather vaccinate more 75-year-olds and then along the way vaccinate a few folks that are not 75 than end up in a situation where a whole bunch of 75-plus folks don't get vaccinated at all," he said. "Goal number one here is preservation of life, and there's simply no community for whom COVID is more dangerous than the over-75 crowd."

Baker also said residents over the age of 75 without internet access will now have even more time during the day to schedule their COVID-19 vaccination appointments using the state's 211 hotline.

The governor called for more transparency from the federal government surrounding the vaccine doses. Right now, vaccines can only be ordered one week in advance, and Baker said there were “not a heck of a lot more" vaccines administered this week than last.

State Rep. Mike Connolly, a Democrat from Cambridge, is one of over 20 legislators who signed a four page letter to Gov. Charlie Baker Thursday, sounding the alarm on rules that allow people who accompany seniors to mass vaccination sites to get their own shots as well.

Baker himself issued a warning Thursday after hearing that some people are trying to take advantage of new companion eligibility rules to get residents 75 and older to bring them to vaccination sites. 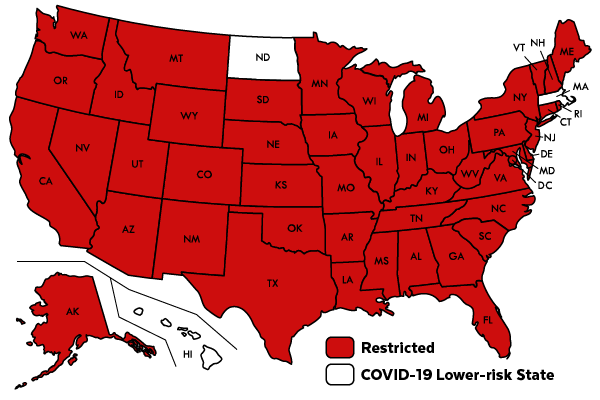 Local health departments have been begging the state for more doses of the coronavirus vaccine, claiming they're getting shorting-changed on their orders.

Baker has come under fire over what some have found a cumbersome and confusing vaccine sign-up process. Massachusetts earned a failing grade for its coronavirus vaccine rollout, labeled one of the worst in the nation in a recent Harvard report.