Guidelines for Phase 3 of Reopening of RI's Economy Released

Phase 3 would raise the limits for both indoor and outdoor social gatherings, Gov. Gina Raimondo said

Those attending such events would still have to stay six feet apart from one another, wear cloth face masks, wash their hands frequently and stay home if they are sick, Raimondo said.

While most businesses have already been allowed to reopen in Phase 2, the governor said in Phase 3, "essentially everything will be reopened in some form or fashion."

In the next phase, movie theaters, bowling alleys, arcades, museums and cultural institutions will be able to reopen at 66% capacity or 100 square feet per person, Raimondo said.

The governor hopes to have limited visits to nursing homes by Phase 3 but details on that will be released sometime next week.

Raimondo said she hopes the state can move to Phase 4 sometime in August. By then, the number of people allowed at both indoor and outdoor gatherings would be increased again. 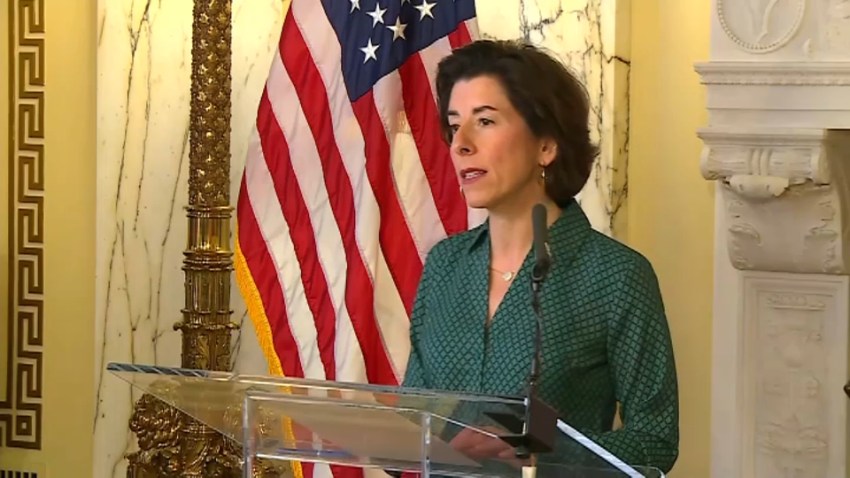 By the last phase, the governor said childcare providers would also be able to increase their group sizes which are currently set at 10.

The governor also spoke about the state's ongoing goal to have schools reopened by Aug. 31. Among guidance school and health officials are working together on are classroom layouts, schedules, busing and mask-wearing.

School contingency plans will be on the Reopening RI website by July 31.

"We're holding steady at a low number," Raimondo said. "I can't wait for the day when we report no deaths."

Meanwhile, Rhode Island's Legislature has approved a plan to close a roughly $250 million deficit caused by the coronavirus pandemic.

The General Assembly's House and Senate on Thursday debated and voted on the plan approved earlier this week by their finance committees.

A part of the budget repair measure proposed by Democratic leaders allocates about $120 million of the state's $200 million rainy day fund as well as federal money to mostly cover the shortfall in the budget year that ends June 30.