Two major health care providers in Massachusetts said Wednesday they would begin offering limited COVID-19 vaccination shots to their patients after the state reportedly decided to allow hospitals to rejoin the vaccination effort.

In separate emails to patients, Mass General Brigham and Beth Israel Lahey Health said they would begin sending out invitations to eligible patients to sign up for vaccination appointments.

In their respective emails to patients, both health care providers wrote: "Due to continued vaccine supply constraints, Massachusetts has been working to continue to streamline COVID-19 vaccine distribution and to align hospital and health system needs to support the state's rollout."

Massachusetts hospitals are reporting supply problems with the coronavirus vaccine, with some saying they won't be able to schedule more appointments unit they get more doses after the state reallocated its resources.

Mass General Brigham said it would being offering appointment on March 1 while Beth Israel Lahey Health said it would do so “in the coming days.”

The move comes after, according to the Boston Globe, state health officials reached an agreement with 15 hospitals and health systems, allowing them to provide vaccinations. Those include hospitals and networks that have agreed to host public vaccination sites.

“The administration understands the important role health systems play in the lives of residents of the commonwealth and as such, the command center worked with the Massachusetts Hospital Association to provide a limited supply of vaccines to select hospitals and health systems,” Kate Reilly, spokeswoman for the state’s COVID-19 Response Command Center, told the paper.

Lawmakers and medical experts earlier this month criticized the Baker administration's plan to severely curtail the number of coronavirus vaccine doses distributed to hospitals and health care systems as it shifted its limited supply to its new mass vaccination sites.

At the time, health officials said the effort would ramp up the inoculation process and help underserved communities, but some observers questioned whether shifting resources to state-run facilities was the best option.

In a statement to lawmakers earlier this month, Marylou Sudders, the secretary of health and human services, said the move to halt vaccinations at hospitals was attempt to streamline the process at a time of high demand.

Dr. Richard Nettles of Johnson & Johnson told a House subcommittee on Tuesday that the company will have 20 million doses of their vaccine available by the end of March.

Meanwhile, the Baker administration this week continued to defend its vaccination plan, saying a lack of supply has largely been to blame for what is widely considered to have been a rocky rollout.

Gov. Charlie Baker said Tuesday that he understands the anxiety involved with the demand for coronavirus vaccine in Massachusetts but urged residents to be patient.

"What we have tried to say to people about some of this is to be patient," he said. "Everybody's going to get vaccinated. But everybody can't get vaccinated at once because we don't have enough supply."

"This isn't just a Massachusetts issue," Baker added. "This is an issue for every state in the country."

A sixth mass vaccination site opens in Massachusetts Wednesday at a former Circuit City in Dartmouth.

But many residents said they're still struggling to find an appointment using the state's vaccine scheduling website.

"I literally have tried multiple times a day hitting refresh, refresh," said Beverly resident Bob Greenbaum. The two-time cancer survivor is eligible to get the vaccine, but between the website woes and limited appointments, he still can't secure a spot.

"It's so disappointing. I'm so disappointed in him," Greenbaum said. "My feeling is, 'I'm sorry Governor Baker, the buck stops with you. You need to take responsibility.'" 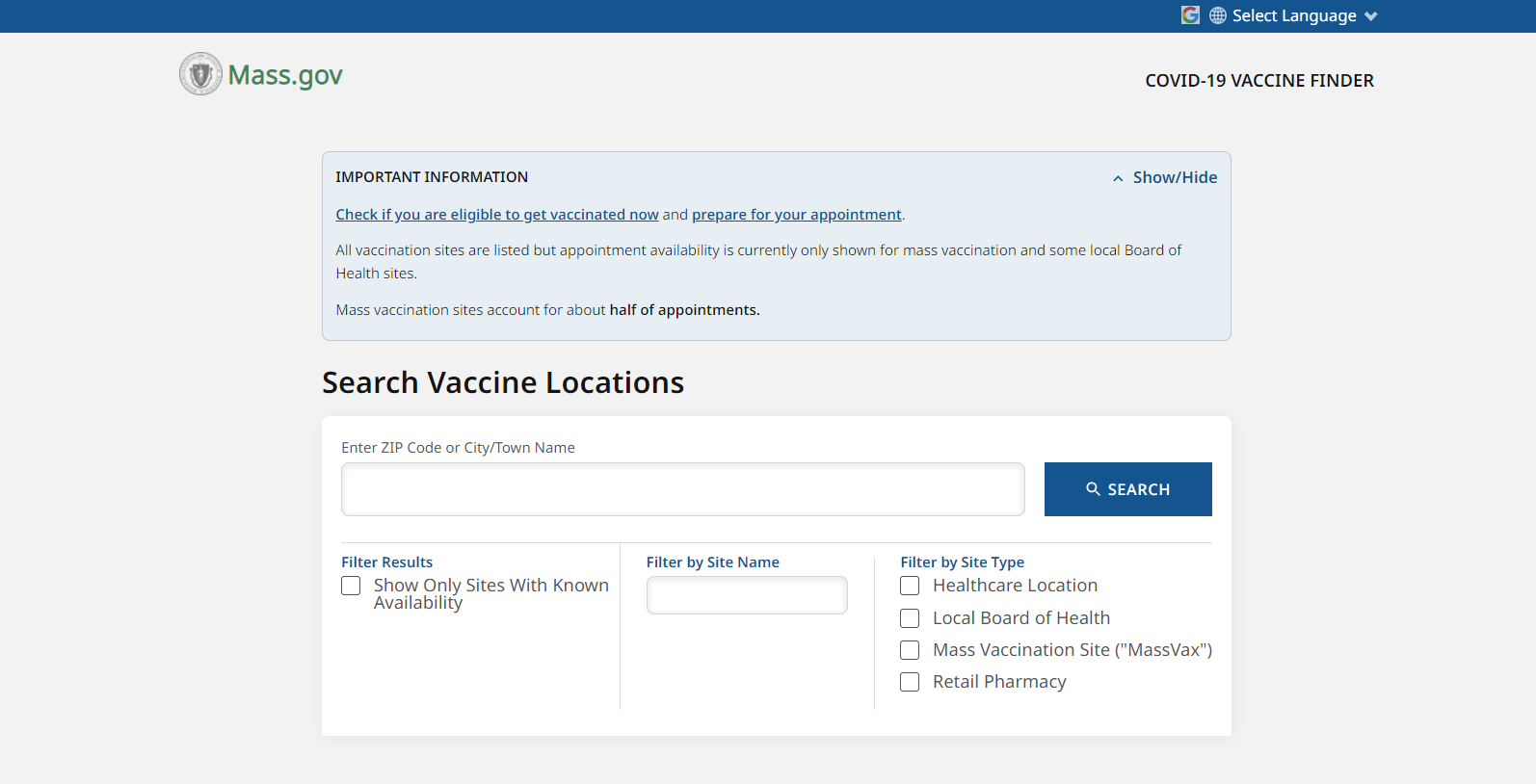