The World Health Organization declared the coronavirus a pandemic and urged aggressive action from all countries to fight it, as U.S. stocks plunged into bear market territory and several American cities joined global counterparts in banning large gatherings.

By using the charged word "pandemic" after shying away from calling it so earlier, the U.N. health agency sought to shock lethargic countries into pulling out all the stops.

"We have called every day for countries to take urgent and aggressive action. We have rung the alarm bell loud and clear," said Tedros Adhanom Ghebreyesus, the WHO chief. 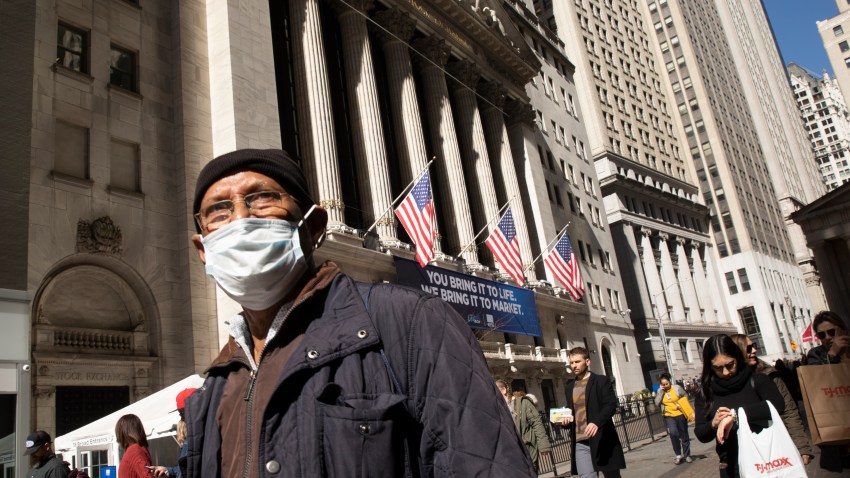 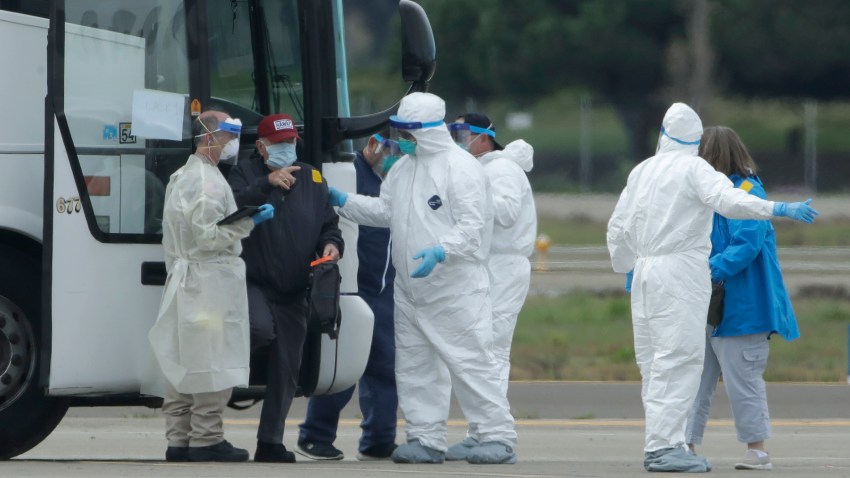 After downplaying the threat of the virus for days, President Donald Trump announced in an Oval Office address he is sharply restricting European passenger travel to the U.S. and moving to ease the pandemic's economic costs.

Iran and Italy are the new front lines of the fight against the virus that started in China, the WHO said.

"They’re suffering but I guarantee you other countries will be in that situation soon," said Dr. Mike Ryan, the WHO’s emergencies chief.

For the global economy, virus repercussions were profound, with increasing concerns of wealth- and job-wrecking recessions. U.S. stocks wiped out more than all the gains from a huge rally a day earlier as Wall Street continued to reel.

The Dow Jones Industrial Average dropped 1,464 points, bringing it 20% below its record set last month and putting it in what Wall Street calls a "bear market." The broader S&P 500 is just 1 percentage point away from falling into bear territory and bringing to an end one of the greatest runs in Wall Street’s history.

WHO officials said they thought long and hard about labeling the crisis a pandemic — defined as sustained outbreaks in multiple regions of the world.

The risk of employing the term, Ryan said, is "if people use it as an excuse to give up." But the benefit is "potentially of galvanizing the world to fight."

Underscoring the mounting challenge: soaring numbers in the U.S. and Europe's status as the new epicenter of the pandemic. While Italy exceeds 12,000 cases and the United States has topped 1,300, China reported a record low of just 15 new cases Thursday and three-fourths of its infected patients have recovered.

"If you want to be blunt, Europe is the new China," said Robert Redfield, the head of the U.S. Centers for Disease Control and Prevention.

With 12,462 cases and 827 deaths, Italy said all shops and businesses except pharmacies and grocery stores would be closed beginning Thursday and designated billions in financial relief to cushion economic shocks in its latest efforts to adjust to the fast-evolving crisis that silenced the usually bustling heart of the Catholic faith, St. Peter’s Square.

In Iran, by far the hardest-hit country in the Middle East, the senior vice president and two other Cabinet ministers were reported to have been diagnosed with COVID-19, the illness caused by the virus. Iran reported another jump in deaths, by 62 to 354 — behind only China and Italy.

Italian Premier Giuseppe Conte said it was necessary to "go another step'' in toughening the already unprecedented travel and social restrictions that took effect Tuesday by shuttering pubs, restaurants, hair salons, cafeterias and other businesses that can't operate with a meter (yard) of space between workers and customers.

"In this moment, all the world is looking at us for the number of infections, but also ... see great resistance," Conte said on Facebook Live.

The number of confirmed coronavirus cases in the United States has topped 1,000 overnight as efforts to contain the disease continue. At least 31 people have died.

These measures are on top of travel and social restrictions that imposed an eerie hush on cities and towns across the country.

Still, the effectiveness of travel restrictions and quarantines will likely drop substantially as COVID-19 spreads globally, making it impossible for countries to keep out the virus. Health officials will also need to be more flexible in their coordinated response efforts, as the epicenters are likely to shift quickly and dramatically.

For most, the coronavirus causes only mild or moderate symptoms, such as fever and cough. But for a few, especially older adults and people with existing health problems, it can cause more severe illnesses, including pneumonia. But the vast majority recover: People with mild illness recover in about two weeks, while more severe illness may take three to six weeks, WHO says.

In the Mideast, most of the nearly 10,000 cases are in Iran or involve people who traveled there. Iran's semiofficial Fars news agency said they include Vice President Eshaq Jahangiri. Iran's ministers for cultural heritage, handcrafts and tourism, and for industry, mines and business were also infected, the agency said.

Greece is shutting schools, universities, daycare centers and other educational establishments for a two-week period on Wednesday in an attempt to contain the spread of coronavirus.

The United States snapped to attention with its spreading caseload and the impact of canceled events. The NCAA said it would play March Madness with no fans, and the NBA said it would suspend its season until further notice. Cities canceled St. Patrick's Day parades, and several colleges shut down. Actor Tom Hanks and his wife Rita Wilson said they had the virus. He had been working in Australia when they felt ill with slight fevers, his statement said.

Officials in Seattle announced that public schools would close for about 53,000 students and large gatherings were banned in San Francisco and in Washington state, the hardest-hit U.S. state, with 29 deaths.

The virus upended the U.S. presidential campaign, with U.S. Vice President Joe Biden and Sen. Bernie Sanders canceling rallies and leaving open the possibility that future campaign events could be impacted. Trump's campaign insisted it would proceed as normal, although Vice President Mike Pence conceded future rallies would be evaluated "on a day to day basis."

And at a Congressional hearing in Washington Dr. Anthony Fauci, director of the National Institute of Allergy and Infectious Disease, sounded an alarm: "Bottom line, it's going to get worse."