Boston Mayor Kim Janey is expected to share a COVID-19 update on Thursday that will address a vaccination policy for city employees.

Janey, who has faced criticism in recent weeks for not moving quickly enough to require proof of vaccination for city employees, is expected to hold a press conference at 1:30 p.m. at Boston City Hall.

The mayor said last week that she and union leaders were "actively working toward" imposing a COVID-19 vaccine mandate on the city's workforce, forecasting an announcement on the topic soon. Such a plan would require all 18,000 city employees to get vaccinated against the virus or submit to regular testing.

The mayor said Wednesday that she has made getting people vaccinated a priority, and in terms of broader city guidance, "we will be announcing tomorrow our vaccine mandate for our city workers."

"We’ve been very thoughtful in our approach," she added.

Boston mayoral candidate Michelle Wu has been calling on Janey to move more quickly and show stronger leadership when it comes to vaccine mandates.

Janey has also been criticized for saying she has no plans to implement a vaccine passport similar to the one being proposed in New York City. But the mayor says a vaccine passport would shut out nearly 40% of East Boston and 60% of Mattapan from venues like restaurants and gyms.

While Janey has said she does not support requiring diners to show proof of vaccination before eating indoors, a small but growing number of Boston-area restaurant owners have devised their own plans to make indoor dining safer.

"I think so many of us had hoped we would be much further along," Wu said. "We need to be setting the parameters and working with our business owners to get to the place where we have standards for proof of vaccination for high-risk indoor activities." 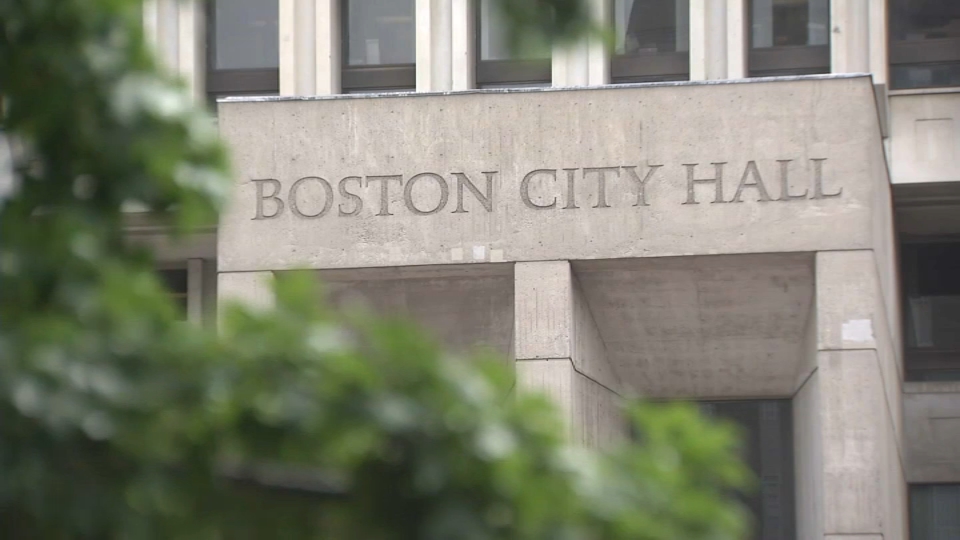 Wu also organized a group of Boston restaurant and business owners who have called for more guidance from city officials to protect their employees and patrons amid an alarming uptick in COVID-19 cases.

Boston, like most the of the rest of Massachusetts, is within the zone where people are advised to wear masks indoors in public settings.

"We can’t afford to shut down again," said Chef Jody Adams, who is a part of the group.

"I started to feel like I could not necessarily trust our state and city government or the public at large to help keep everyone safe," Chef Irene Li said.

Janey responded to some of that criticism Wednesday, saying, "People can talk about whatever they want to talk about. What is important is action."

Boston University Professor Tom Whalen says Boston should be leading the pack on this issue.

"New York City has a large population of people of various ethnicities and colors and they seem to have no problem," Whalen said. "COVID is one of the candidates that’s going to be on the ballot."

Boston Mayor Kim Janey said she is working with union leaders to impose a vaccine mandate on the city's workforce, while also addressing her comments about slavery and birtherism to refer to vaccination.

Janey has said the city continues to boost vaccination across Boston by partnering with trusted community-based organizations and focusing on communities that have been the hardest hit.

More than 4.4 million people in Massachusetts have been fully immunized against COVID-19.

The focus on COVID in the final weeks leading up to the election will likely remain, even after Janey issues her vaccine guidance on Thursday.