Massachusetts on Monday relaxed some restrictions on restaurants, live performance venues and other businesses as the state moved into Phase 3, Step 2 of its reopening plan amid a continued decline in daily coronavirus cases.

Gov. Charlie Baker announced Thursday that the state would be easing restrictions imposed to combat the most recent surge in the virus.

New daily cases of COVID-19 have dipped to their lowest levels since October and Massachusetts confirmed it has fully vaccinated more than half a million residents. Another 600,000 have received an initial dose of the vaccine.

Starting today, certain businesses in the state will have less restrictions related to the coronavirus

But Dr. Rochelle Walensky, the director of the Centers for Disease Control and Prevention, warned just last week that states should rethink plans to relax restrictions on in-person activities, according to NBC News.

"Over the last few weeks, cases and hospital admissions in the United States had been coming down since early January, and deaths had been declining in the past week, but the latest data suggests that these declines may be stalling, potentially leveling off at still a very high number," she said in a briefing. "We at CDC consider this a very concerning shift in the trajectory."

It's not clear where the numbers will go from here — whether they will resume falling, plateau or even spike again — but Walensky said her agency was watching the data closely.

As Massachusetts moves forward with more reopening, some public health experts are crying foul. They say moving too fast is a mistake and a gamble that could set the state back in its fight against the virus.

The state had shifted to Phase 3, Step 2 in October, but returned to the first step of Phase 3 on Dec. 13, after a post-Thanksgiving spike in cases. Returning to Step 2 will ease some restrictions placed on businesses.

All capacity limits will be removed for restaurants, under Massachusetts' statewide guidelines, and live musical performances may resume. Other rules for restaurants, such as social distancing six feet apart, a maximum of six people at each table and 90-minute limits on eating times will remain in place.

Theaters, concert halls and other indoor performance venues may reopen at half capacity for up to 500 people total. Indoor recreational centers with higher potential for contact, like laser tag, roller skating, trampoline parks and obstacle courses, may reopen with the same 50% capacity cap.

Capacity limits across all sectors with limits will also be raised to 50% and exclude employees, according to the announcement from the state.

Baker's office emphasized that residents should continue to wear masks and avoid contact outside their household. Travel advisories are also still in effect -- only Hawaii and Puerto Rico are currently considered low-risk.

On Monday, the state will move to Phase 3, Step 2, as new daily cases of COVID-19 have dipped to their lowest levels since October and Massachusetts confirmed it has fully vaccinated more than half a million residents.

"It's just nice to have that normal type of feeling and comfort," said Yvonne Mezoff. "We're able to make some renovations to be able to have more guests come in and their their experience with us."

"To see other people enjoy the same type of food, it helps and shows the atmosphere of the restaurant," said restaurant goer Brianna Charles.

"I think it's a great idea, I think if the numbers stay low, it's good," said restaurant goer John Crompton. "I think we all need some type of social interaction and I think restaurants are great. I'm a little nervous if the capacity goes up and everyone has their masks off. We'll just have to see how it goes."

"I think if everyone wears mask and the normal protocols then we should be okay," Jim Thornton said.

Thornton and his son Sam are thankful cases are down and some normalcy may be ahead going out to eat.

Boston, meanwhile, is taking things a bit slower than the state as a whole.

Those same indoor recreation businesses with greater contact won't be given the OK to reopen in Boston until March 22, the city announced Friday. This is the same day the Baker administration says it plans to move into Phase 4 reopening.

Boston is not committing to taking that step on March 22 either, as officials say they prefer to keep monitoring health data before making a decision.

"Since the beginning of the COVID-19 pandemic, Boston has taken a cautious approach to reopening," Mayor Marty Walsh said in a statement this week. "We've prioritized the health and safety of our residents, and we've made decisions based on the latest public health data and metrics. We've only moved forward when it's safe."

Starting Monday, restaurants will no longer have capacity limits as they welcome diners back in time for spring.

The state moving to Phase 4, Step 1 of its reopening plan on March 22 would let large indoor and outdoor venues start accepting fans and attendees, if local jurisdictions allow as well. The Bruins shared an announcement from TD Garden saying fans could return that day at 12% capacity, and the Red Sox said they plan to have fans for the 2021 season, as well.

"As the region’s largest outdoor venue, we are confident in our ability to provide a safe and comfortable environment and look forward to welcoming fans back home to Gillette Stadium this spring," Gillette Stadium said in its own statement.

Both Fenway and Gillette currently serve as two of the state's mass COVID-19 vaccination sites. Baker has said he is unsure what will happen to the sites when they return to hosting their regular athletic and other events.

Gathering limits for event venues in Phase 4, Step 1 would be relaxed to accommodate up to 100 people inside and 150 outside. Private gathering limits will remain at their current levels of 25 outdoors and 10 indoors.

"Today's move is a good sign and a step in the right direction," Baker said about the update on Thursday. "We would not be here making this announcement if we didn't think we had seen, almost for two months now, positive trends on cases and hospitalizations."

More on COVID-19 in Massachusetts... 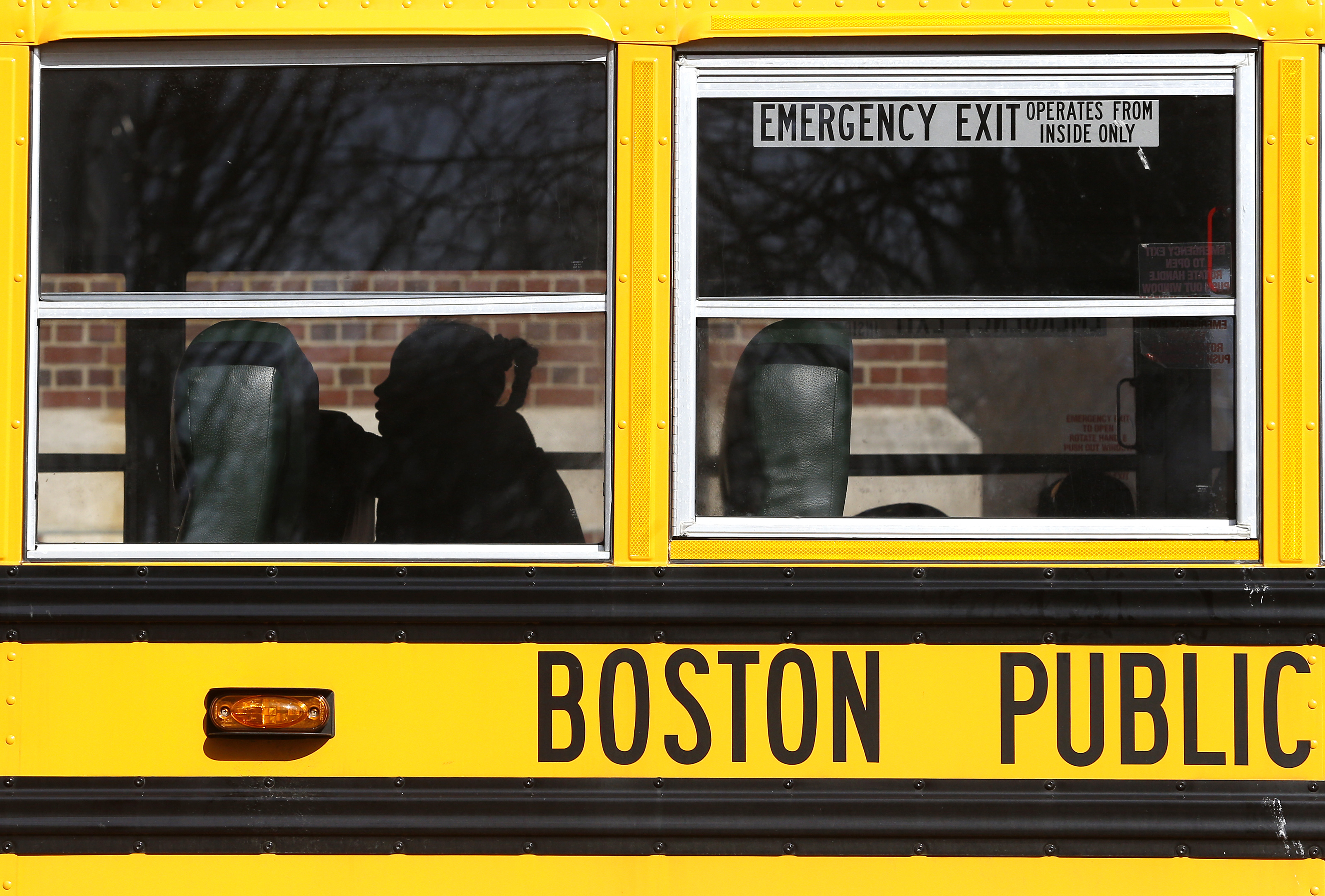