Mass. Recreational Marijuana Shops Could Reopen May 25 for Curbside Sales

Marijuana dispensaries in Massachusetts could resume sales as early as next week under a plan released by Gov. Charlie Baker Monday to gradually restart economic activity in the state.

The four-phase reopening plan would allow a variety of retail establishments to offer curbside pick-up beginning May 25.

The list includes pot shops, which have been restricted to selling only medical marijuana since March 24, when a sweeping statewide shutdown of non-essential businesses went into effect to reduce the spread of COVID-19.

Baker previously dismissed the idea of keeping dispensaries open for recreational marijuana sales during the shutdown, arguing they would draw visitors from around the region, potentially furthering the spread of the disease.

"Significant numbers of the customers who procure cannabis at recreational marijuana dispensaries in Massachusetts are not from Massachusetts," Baker said last month, according to The Associated Press. "Making those sites available to anybody from the northeast would cut completely against the entire strategy we’re trying to pursue."

Massachusetts is the only state in New England in which recreational marijuana dispensaries have opened. The statewide shutdown forced the closure of more than 40 licensed retail marijuana establishments.

A group of dispensary owners sued Baker last month, arguing the governor exceeded his authority and violated the constitutional rights of marijuana users by classifying pot shops as non-essential while allowing similar regulated businesses, such as liquor stores, to stay open. 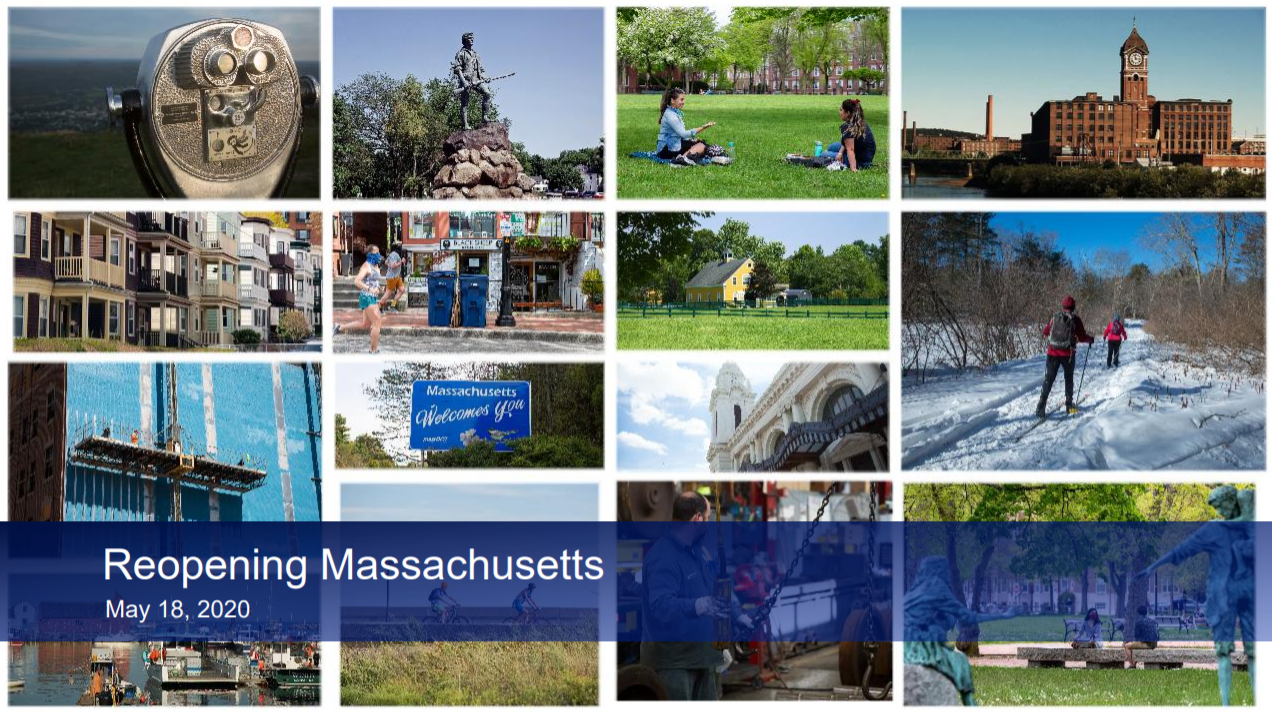 Under the governor's new guidance, businesses that were not already deemed essential must develop a written plan to prevent the spread of COVID-19 in order to reopen. They must also display posters on hygiene and social distancing for customers and workers.

Retail establishments are included in the first phase of the plan. Shops could expand their operations during the second phase, although the governor has warned a spike in new COVID-19 infections could slow or reverse the state's progress.

The state's Cannabis Control Commission previously issued a cease and desist order to adult-use marijuana operators in the state to enforce the governor's non-essential business shutdown. It amended the order last month, however, allowing adult-use facilities to sell their products to medical marijuana shops during the public health emergency, citing a 158% increase in patient applications.

The CCC did not immediately respond to a request for comment from NBC10 Monday on the governor's reopening plan.