The CDC is expected to send 300,000 doses to Massachusetts by the end of the month.

Massachusetts has submitted its initial coronavirus vaccine order to the federal government, and Gov. Charlie Baker says the state can expect 300,000 doses by the end of the month.

The Baker Administration submitted the commonwealth's COVID-19 vaccine order to the U.S. Centers for Disease Control and Prevention on Friday.

"For months, we have been actively preparing for the speedy and equitable distribution of a vaccine upon final authorization, Baker said in a tweet announcing the news.

The federal government allocated Massachusetts nearly 60,000 doses of the Pfizer COVID-19 vaccine in a first shipment. Those 59,475 doses are part of 300,000 doses that the CDC is expected to send to the Bay State by the end of December. The first allotment of 300,000 COVID vaccines will be for the first dose of a two dose regimen.

Further information on vaccination prioritization will be rolled out by Baker next week, his statement said.

The commonwealth has actively been working on preparedness and planning for a coronavirus since early August, according to Baker.

Prior to submitting the state's final plan Friday, Baker had outlined a preliminary plan that prioritized health care personnel, adults over 65 and those with underlying health conditions and other essential workers to be the first to receive it.

"The plan is based on a lot of guidance from a pretty important and sophisticated collection of experts in one field or another around the Commonwealth," Baker said.

With the possibility of a vaccine on the horizon, Baker said again Thursday that there is "some reason for optimism." But he urged residents to continue taking precautions to prevent the cases from continuing to rise. It will likely be months before the general public can get vaccinated.

"There is still much work ahead to stop the spread of COVID from infecting more people here in Massachusetts," Baker said. "People need to stay vigilant. We're not ready to flip the switch to normal."

Vaccinations for COVID-19 are around the corner as companies rush to get their versions approved for public use in America. Here is everything you need to know about them.

Baker said he joined other governors for a call with officials from the vaccine-development project Operation Warp Speed for a call earlier this week.

"Based on the feedback we've gotten from the federal government, we expect -- and admittedly we'll see how this all plays out, the beginning of this will probably be a little lumpy -- but we're expecting to see somewhere around 300,000 doses, by the end of the calendar year," Baker said.

The Trump administration told governors on Monday to expect the first shipments of Pfizer's vaccine to begin arriving by mid-December, pending emergency use authorization from the Food and Drug Administration.

The vaccine developed by Cambridge-based Moderna would be available "shortly after that," according to Baker, who has also said he did not think his administration would consider mandating vaccinations.

The FDA’s advisory committee will meet on Dec. 10 to consider an emergency use authorization for the Pfizer vaccine. The agency has a hearing scheduled Dec. 17 to discuss the Moderna application.

Both the Pfizer and the Moderna vaccines require two doses, which must be administered three to four weeks apart.

The governor said it probably won't be until the spring that the general population begins to have access to a vaccine, at which point others being developed by AstraZeneca and Johnson & Johnson could also be available.

The Baker Administration says it has been working with the COVID-19 Vaccine Advisory Group to prepare for a safe, equitable and efficient distribution in anticipation that the federal government will soon issue emergency use authorizations for additional vaccines.

"The thing to remember here is, even as the feds get into the business of following through on the distribution program that's attached to this, it's going to take awhile before people would literally start finishing the vaccine process itself and start to generate antibodies," Baker said.

Even with the first COVID-19 vaccines expected to be administered in the U.S. later this month, the distribution process is complicated, with logistical hurdles that states have been planning around for the past several weeks.

“We’re going to have to plan for distribution around the specific vaccine, we can’t just say this vaccine’s going to go out, or one of the vaccines is going to go out here, we have to really be cognizant of the cold chain requirements, which is a serious issue,” said Dr. Michael Mina, assistant professor of epidemiology at Harvard’s T.H. Chan School of Public Health.

Dr. Mina says with vaccines being doled out in phases, and three to four weeks between the initial shot and the booster, then another week or so for immunity to take effect – we will not see results overnight.

“To anticipate that there’s going to be a rapid drop in cases in January, once these vaccines start rolling out in any real numbers, I think that that would be naïve,” Dr. Mina said.

Dr. Robert Finberg, who has been working closely on the clinical trials of the Pfizer vaccine at UMass Medical School and is on the governor’s COVID-19 Vaccine Advisory Group, says they have spent a significant amount of time figuring out the logistics here in the commonwealth.

But both Dr. Finberg and Dr. Mina want people to understand, once they’re vaccinated, they could still carry or shed the virus.

“We need to ensure that people recognize that if they get a vaccine it doesn’t mean that they’re absolutely not transmissible,” Dr. Mina said.

“Masking and social distancing, unfortunately it’s going to be necessary for months," he said. "I don’t quite see the light at the end of that tunnel.” 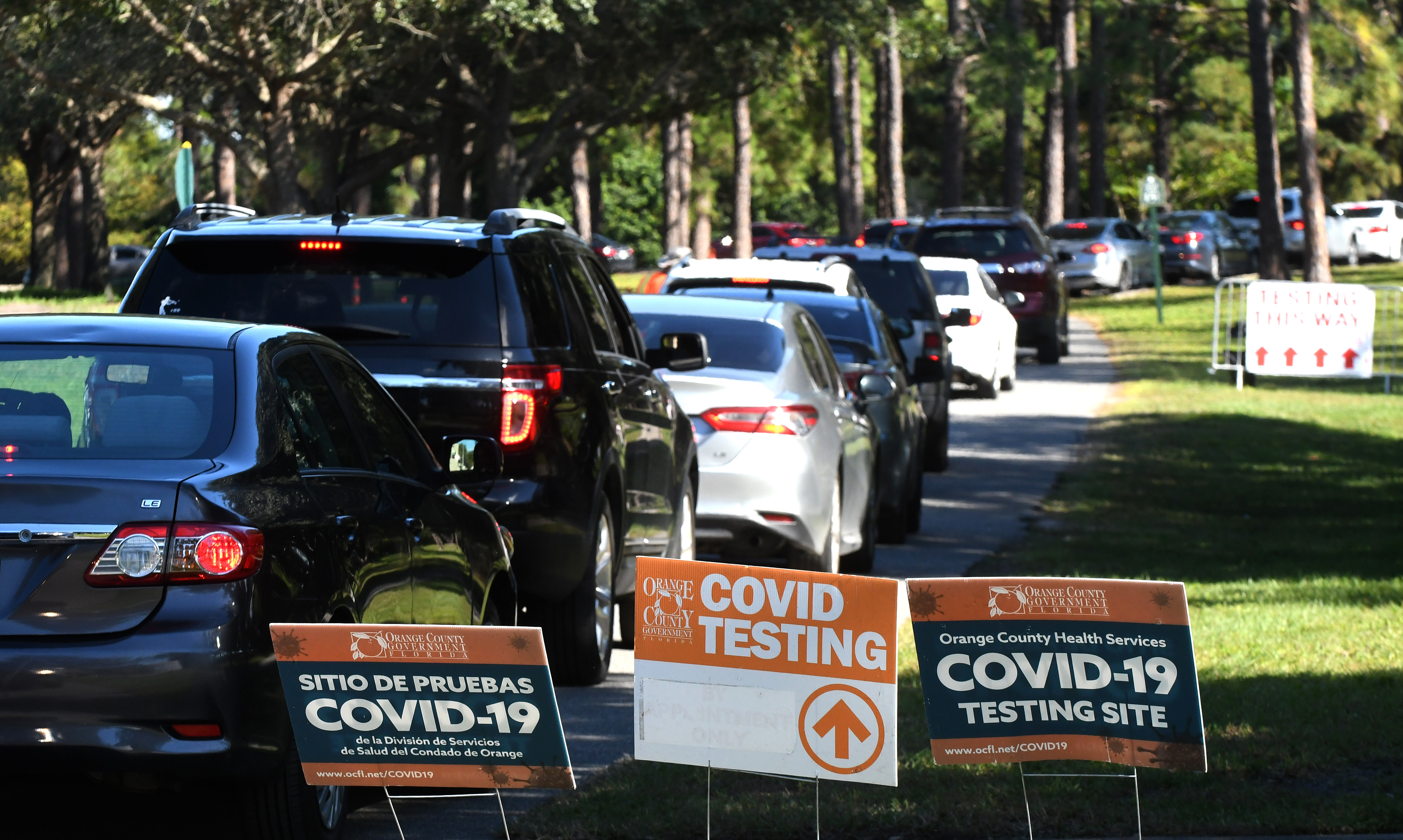 Virus Updates: More Than 200,000 Cases in US Sets Single-Day Record

The federal Advisory Committee on Immunization Practices recommend that health care workers and residents of long-term care facilities be the first to get vaccinated, NBC News reported, after voting on its priority vaccination guidelines during an emergency meeting Tuesday.

States do not have to follow the recommendations of the Centers for Disease Control panel, but many are expected to adhere to the general framework. Baker submitted a draft plan to the CDC in October based on the assumption that the state would receive between 20,000 and 60,000 initial doses.